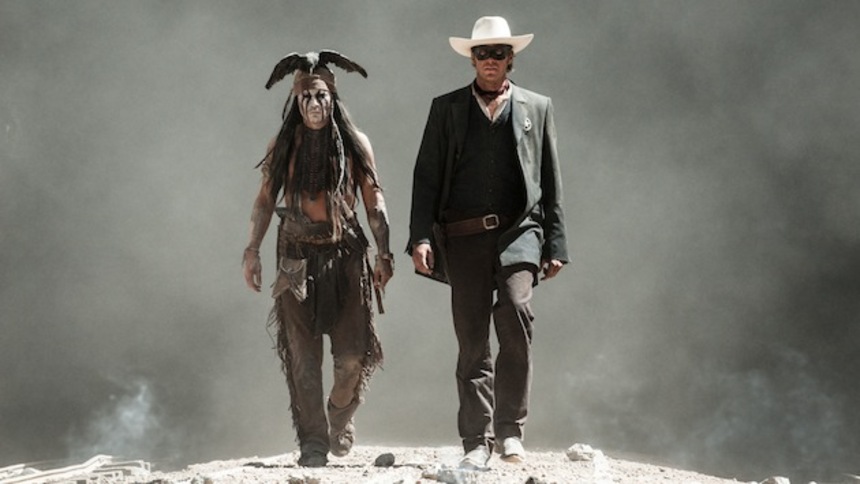 I'll be the first to go to the mat saying that The Lone Ranger didn't get a fair shake in a lot of circles. I can do that because I'm in one of those circles, and not standing in the other kind. The other kind of circle, being composed of the people who actually make these movies, is the one that is never supposed to take issue with how the media paints their property.

But that's just what Armie Hammer and Johnny Depp - partners to the last - did last week, when they complained loudly and often about how the critical drubbing The Lone Ranger received was directly responsible for that film's financial failure.

There are two absurdities at play, right off the bat. The first is that Hammer and Depp spouted off in this fashion in the midst of media interviews for The Lone Ranger, conducted overseas where the film had yet to open; i.e. some members of the media asked them why they thought it had underperformed at the box office, and the movie stars fell for the bait. They answered honestly, at least in terms of what their opinions would be. What would you expect them to say? "We made a colossal turkey of a movie because we're bad at making movies and no one should go see this movie, ever, Mr. Media Coverage Person." Two men rode into that valley, and based on Depp and Hammer's responses, Tonto had to dig two graves.

Armie Hammer's contention, which held that film critics as a whole were gunning for The Lone Ranger since its production troubles began many years ago, is easy enough to sniff out for its appeal. "The Media" (there they are again) make it easy to believe that they're laying in wait for movies like The Lone Ranger or John Carter or World War Z, because they do such a thorough and ultimately pointless job of cataloguing those films' budget overruns and internecine creative disputes in the years and months leading up to their release. 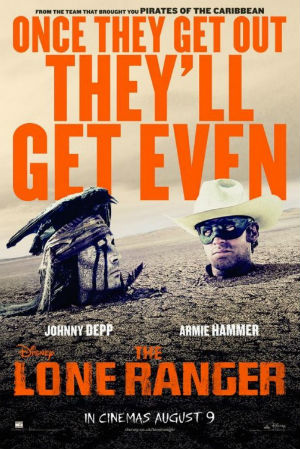 Hammer's error in logic, of course, is in assuming that "The Media" is a hive mind, wherein the same people tracking The Lone Ranger's production problems are scribbling out all the reviews that earned it its 29% on the Tomatometer. (For this, the Tomatometer itself is more than 29% responsible. Aggregators of any stripe have only fueled the ludicrous notion that every group - film critics, the audience, Republicans - are a hive mind.)

For me, even funnier than Depp and Hammer's faux pas was "The Media's" response to it. Film critics across North America took to their Twitter accounts to snark and mope and "how dare they" about the Ranger team's presumptions, doth-protesting so much that they nearly proved Hammer's point for him.

To assert that no professional film critic would ever pre-judge a film may be a fiction, but it's a noble fiction to uphold, and quite necessary to the profession. To go on to assert, as many critics did, that their reviews were wholly divorced from The Lone Ranger's box office performance, however, was foot-shooting of an order almost equal to Depp and Hammer's. Leaving aside the fact that any film critic making such an assertion is essentially waving the white flag of his or her own irrelevance, it calls into question just exactly what a film reviewer thinks their reviews are for. If a one-star review on the front page of the Friday Arts section isn't, at least in part, intended to warn audiences that The Lone Ranger isn't very good and that they should therefore stay away, why is it there at all?

There's a difference between film criticism and film reviews anyway, and it is film reviews that the Tomatometer tends to capture: those first-blush, yay-or-nay, thumbs-up-or-down judgments on whether or not a film is worth an audience's time and money. We might circle back to these films later to conduct some genuine criticism, by which every art form thrives, and analyze why a film is doing what it's doing, and how it's doing it. The latter type wouldn't much bother itself with whether or not a film is "good," because that sort of thing doesn't matter much.

The former kind, though - the reviews - are the canaries in the coal mine of filmgoing, and the film critics are the birds who have to go see Movie 43 and drop dead on our behalf. I don't know why any critic would bother to pre-judge a film, except that of course they do, on account of how they're human beings like the rest of us, and don't exist in a vacuum. They go into films excited, or filled with dread, or (most often) filled with a sense of utter tedium. That they have tools to assess and iterate what they actually see in the film on that day doesn't make them any less subject to all the things that impact one's viewing of a motion picture, every single time. 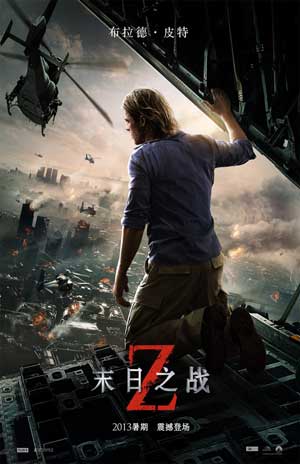 While Depp and Hammer were arguing with film critics, who doubtless consider their jobs important while simultaneously averring that they weren't responsible for The Lone Ranger's downfall, a movie that had spelled disaster so completely prior to its release that its tombstone had already been engraved, quietly walked away with the bank - because box office power is so much more alchemical than anyone in the Ranger argument seems to understand, anyway.

George Clooney had something to say on that subject, last week, after a hedge fund manager criticized Sony's box office performance in the second quarter (using, as Clooney pointed out, an extremely small, and extremely biased, sample of evidence). Clooney mentioned that the people who make movies (perhaps excepting Depp and Hammer) understand that the movie business is a long game. No, the movies don't all hit, and no, you don't ever really know which ones will hit, and which ones won't - but you keep playing on a variety of properties, and reap the rewards.

If film critics were as powerful as the Ranger team claims, they'd be the richest people on the planet, and the rest of us could all go home, because movies would never suck, and they'd all make a billion dollars. In the meantime, I like that Armie Hammer: he's got a big career ahead of him, or at least, that's what I'm assuming in advance.