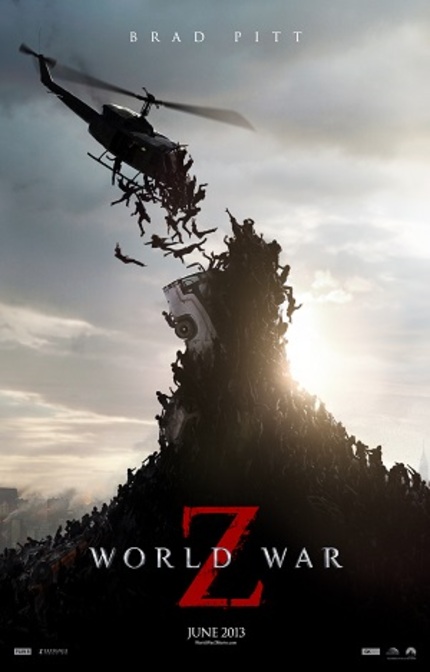 Well, we all knew this was going to happen.

Interesting to compare this review to the one by Variety which comes to a very different conclusion:

“World War Z” emerges as a surprisingly smart, gripping and
imaginative addition to the zombie-movie canon [...].
Showing few visible signs of the massive rewrites, reshoots and other
post-production patchwork that delayed its release from December 2012,
this sleekly crafted, often nail-biting tale of global zombiepocalypse
clicks on both visceral and emotional levels, resulting in an unusually
serious-minded summer entertainment".

Who else has seen the film?

Yes. The blockbusters, and Hollywood in general, is getting dumber and dumber. But, this is important, is not new. Came from the very beginning. The 70s movies are one thing, the 80s another, and the 90s another. Every decade dumber than the previous one. Why I am saying this? Because and stopped watching Hollywood blockbusters more than 10 years ago. From time to time I watch one, and now their are even dumber than in the 00s. This trend is here to stay. And the Hollywood movies from the 2020s will me even dumber! And so on.

In general, the media survive from the money of the publicity. It's bad to bite the hand that feed you.

Elysium looks anything but dumb to me. Also looking forward to The Conjuring and the masive schadenfreude that's bound to be had with Pacific Rim. Only God Forgives just got a wide release here in Holland yesterday.. so it's not all bad Watashi.

They already lost me on this one when it was anounced this would be PG13.

I loathe that book and its '1st draft' kind of feel. The movie sounds worse though.

It's not terrible, but I've never understood the intense love it seems to get from a lot of places.

That Variety article has "advertorial' written all over it. The sound, the feel, it all says "paid for."

I could imagine the film will become a financial success because of this: That people will go see it to check out if it fails.

Actually Hollywood blockbusters have always been dumb. Do I need to remind you guys about Top Gun, Staying Alive, Airport, Independence Day, Beyond The Valley Of The Dolls, The Towering Inferno, Armageddon, the first Star Trek movie, Star Wars Episode I, Home Alone, etc.?

just saw it tonight. Best movie of the summer! oooh wiii!! oh and I didn't read the book so I'm not gonna nitpick. As a summer flick, it was entertaining and Brad Pitt so dreamy

Yes I'm sure the Variety film critic really, truly, seriously is 'The Media', engaged in an advertorial conspiracy.
Just as likely: Twitch is being paid to put down certain films.
But Hollywood bad therefore Jews and conspiracies!