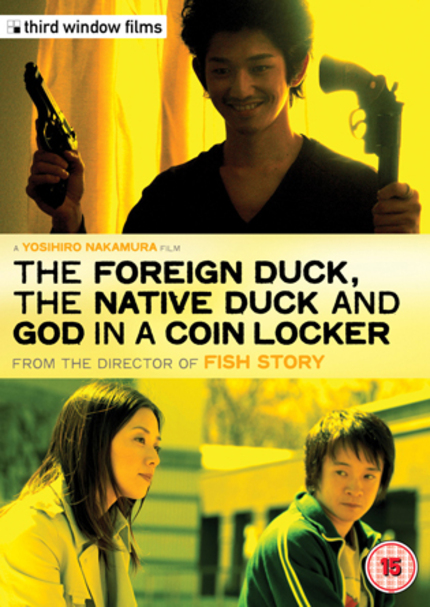 Our good friends at one of the world's finest DVD distribution labels, Third Window Films, have given us an early look at their 2013 schedule, and it looks awesome!

Several of these titles are films we've already previewed for TWF in past months, but there are some titles that I'm very happy to share with fans for the first time today! Rather than blather on about it myself, TWF head honcho Adam Torel gave me a fantastic rundown of the titles on which he's been working very hard so I'm going to let him take it away:

After a very turbulent 2012 in which we spent the first half of the year trying to recover from the Riots which saw all our stock burnt down in the Sony fire (and the following crash of the home video industry) plus having to pull out of theatrical distribution (which will now see many more companies doing the same with the announcement that Cineworld have acquired the Picturehouse Chain, the same chain which itself had acquired/programmed most indie cinemas in the UK - therefore leaving barely any left), Third Window Films is going for a make-or-break 2013 with a wide variety of titles, across many genres and years, to try and promote the best of Japan to the West.

We believe, that at Third Window we have always attempted to do all we can with mixing up Asian cinema more than any other company. We think that too many of the same films are being screened at festivals and released on home video across the world, so we are trying to show what else is out there (while at the same time trying to give the audience what they want) by mixing established and new directors, plus unseen works from those with big followings. We want to both listen to what our audience want, by taking requests on titles on-board as well as giving our audience the choices of what sleeve art design or DVD extras they would prefer, plus try to educate with the releases of titles which they might not know about, therefore expanding their scope on the East. Unfortunately though, it's not easy balancing all these things, especially with the very high costs of manufacturing Blu-rays and extortionate BBFC costs, but we'll do our best so that we can keep it going as far as we can!

So with that, we hope that you enjoy our schedule of 2013 releases!

January 14th - The Foreign Duck, The Native Duck and God in a Coin Locker - A slightly older title from the fantastic combination of director Yoshihiro Nakamura and writer Kotaro Isaka (the team behind Fish Story), Foreign Duck...  runs along similar lines to Fish Story in the way its multi-stranded and complex plot brings in many characters and back-stories to an highly engrossing tale of revenge and identity.

Presented on DVD with an anamorphic widescreen transfer with a 35 minute Making Of, Deleted Scenes and Theatrical Trailer 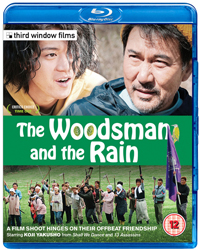 January 28th - The Woodsman & The Rain - From one of the great new emerging talents of Japanese cinema in director Shuichi Okita, The Woodsman... tells the heart-warming and comedic tale of a young, nervous film director (Shun Oguri) who while attempting to film his apocalyptic zombie film in a small village, comes across a simple woodsman (Koji Yakusho) who, along with the local villagers, help him fulfill his dream. 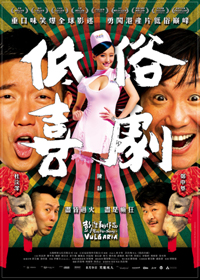 April 15th - Vulgaria -  Been a while since we've released a Hong Kong film, but we've been huge fans of Pang Ho-Cheung ever since we saw You Shoot I Shoot on VCD back in 2001! Over the years we've tried over and over again to get his films released in the West, but had major problems with Hong Kong sales agents, though finally we have been able to snap up this very fun piece of entertainment: a witty and vulgar sex-comedy which satirises the film industry. Like all his films it comes with a great script and is a great piece of pure entertainment.

On DVD and Blu-ray with Making Of and Theatrical Trailer

June 24th - Eyes of the Spider / Serpent's Path - In 1998, Kiyoshi Kurosawa (Tokyo Sonata, Kairo) with a very low budget made 2 films back to back over the course of 2 weeks which featured Sho Aikawa as the lead actor in both films. Neither really sequels nor remakes of each other, though with traits of both, they are fantastically gripping revenge films which for some reason have never really been seen outside of a few special festivals screenings in the West.

We are pleased to present them both as a double-disc set, though unfortunately since we could not get proper HD materials, and can't afford to create new materials from the original negatives, we will be releasing on DVD only, but we hope that due to the fact they're great films from a great director, which aren't available with English subtitles, that people will still enjoy them on DVD. Extras TBC

And our new acquisitions: 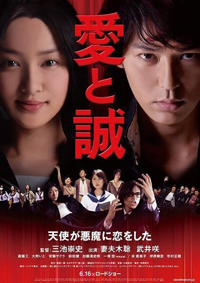 April 29th - For Love's Sake - Takashi Miike returns with another musical/comedy genre mix-up (after Happiness of the Katakuris). Selected for an Out of Competition premiere at the 2012 Cannes Film Festival, For Love's Sake is an adaption of the 1970s manga Ai to Makoto which itself was turned into many films and TV series back in the day. Both a great piece of nostalgia for fans of the originals (try watching them with Japanese people from that generation and watch the smiles on their faces!), it's also a wonderfully silly and entertaining stand-alone for those who don't know of the originals due to Miike's trademark over the top style and action coupled with incredibly catchy song and dance routines! 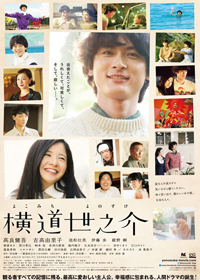 September (TBC) - Story of Yonosuke - Our choice as Best Japanese Film of 2012 (actually theatrically not released until 2013, but had its Japanese premiere at the Tokyo Film Festival in October 2012), Story of Yonosuke is a dream-team pairing of The Woodsman and the Rain director Shuichi Okita (proving once again how talented he his), author Shuichi Yoshida, the writer of the novel 'Akunin' (Villain) with a script adapted by famous theatre playwright Shiro Maeda (who wrote the original play of Isn't Anyone Alive) and starring one of our favourite newcomers of the Japanese film industry in Kengo Kora (Fish Story, The Woodsman and the Rain).  What might seem like a very simple tale, plus a run-time of 160 minutes might put people off, but let us assure you, the brilliance of the film beauty is that such a simple tale and a long running time keep you engrossed for every single second!

Due to its running time though, Blu-ray release may not be possible due to the costs involved, as BBFC will take so much money from us with the film's release. 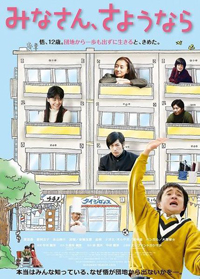 October (TBC) - See You Tomorrow, Everyone! - Our 2nd Yoshihiro Nakamura release of 2013 is his latest film which will be released in Japanese cinemas in February 2013. Nakamura regular Gaku Hamada (Fish Story, Foreign Duck..) returns to play the role of a teenage boy who throughout his life cannot leave the projects he was born into. Gaku Hamada plays the part of a teenager through to a 30-something perfectly (probably one of the only actors who could do so) in a film which, like many other Nakamura films, isn't quite what you'd expect....

Bullet Ballet / Tokyo Fist - As with our release of Tetsuo a couple months ago, we are pleased to once again present, for the first time in the world, two of Shinya Tsukamoto's classic films digitally restored by Tsukamoto himself and presented on Blu-ray and DVD with exclusive extras and cardboard slipcases with original artwork. These though will be released as separate releases, not together as Tetsuo I and Tetsuo II were. 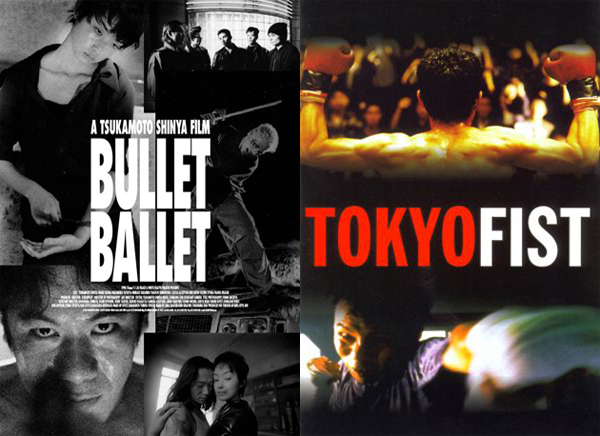 More about The Woodsman and the Rain