Fantastic Fest 2012 Review: THE FINAL MEMBER Grips You By The Short Hairs 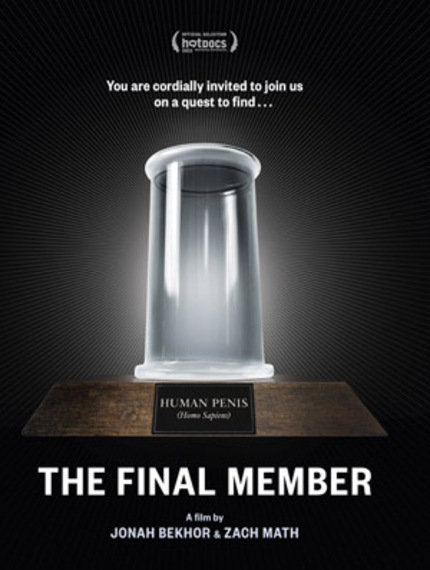 In a year full of great docs this Fantastic Fest entry has managed to create some substantial buzz, which comes as little surprise considering the photo accompanying the online press materials showed a group of severed animal phalluses arranged neatly on a table in a darkened room. What is, perhaps, surprising is that the buzz runs significantly deeper than simply the shocking subject matter. Who would have thought it would be such a winsome affair?

The Final Member is pure, feelgood documentary that just happens to be about Sigurdur "Siggi" Hjartarson - a 70 year old Icelandic man who collects mammal penises for the tiny but respected Icelandic Phallological Museum. Intrigued? Disgusted? The story hasn't even started yet. Siggi is missing one key element of his collection. To be truly comprehensive his museum requires a human penis.

Enter two people who make Siggi and his immodest hobby look positively casual. A pair of potential human penis donors arrive on the scene in the form of a nonagenarian Icelander whose adventurous geographic explorations and amorous exploits have made him a living legend among his countrymen as well as a Californian man who has named his huge penis Elmo. That second option not only wants his penis to be first, he wants it removed while he is still alive so that he can visit it later once Siggi has mounted and displayed it.

It's a race against time as Siggi is growing older, red tape grows longer and age shrinks the size of the two potential donor's members who must have at least five solid inches to offer if Siggi can properly display it. Who, if anyone, will be able to donate a penis to Siggi remains in doubt until the very end.

Begun by Siggi in 1974 the collection has its roots, unsurprisingly, in a joke which made Siggi the recipient of a bull penis. As others continued the joke passing on other scrotalogical specimens Siggy took it all increasingly seriously carefully storing every donated items in formaldehyde and mounting items for display. Along the way he has collected penises ranging in size from a hamster's - which must be viewed with a magnifying glass - to a sperm whale's,  which is taller than the average adult. As entertaining as it is to watch a senior citizen wrestle a recently donated sperm whale penis into a formaldehyde filled display case the charms of The Final Member are far greater than offering opportunities for humor.

What sounds like the beginning of a dirty joke is in fact a pretty poignant character study. We see people in the museum staring in genuinely rapt fascination at the specimens and educational displays. We meet Siggi's wife and friends who have supported him in his hobby. Most of all we meet Siggi who simply wants to complete his life's work and see the project passed on to trustworthy hands. The two donors are harder to take seriously but the film does a good job of dissecting the psychology of someone who would want to donate parts of their body to science.

I wanted more of an educational aspect to the film which is one way of saying I wish it had been a little longer. In the end this balances out for me as a big compliment. I wanted to know more about the subject that Siggi had spent his lifetime studying and haring about with others. As he is toasted at one point in the film by family and friends I found myself wishing that someday I could enjoy such a moment simply loved for who I was and what I had to offer. This shouldn't be missed.