THE FINAL MEMBER: Watch An Exclusive Clip From The Acclaimed Documentary 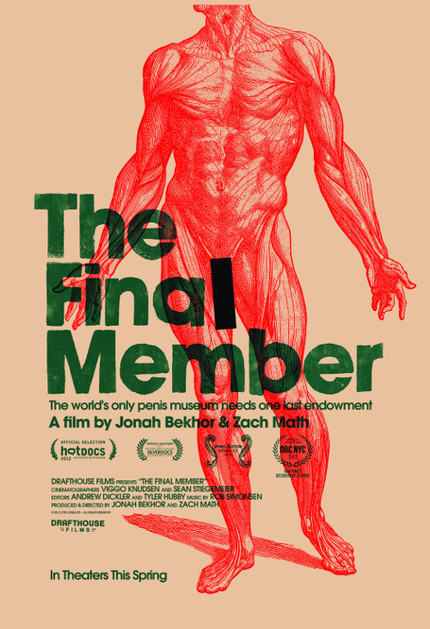 Are you one of those people who finds it awkward watching movies about genitalia around other people? Well, then, you're in luck because Jonah Bekhor and Zach Math's acclaimed documentary The Final Member - telling the tale of two men vying to make the first human donation to an Icelandic penis museum - hits DVD and BluRay from Drafthouse Films tomorrow.

Paris has the Louvre, London has the Tate Modern, and New York the Metropolitan Museum. But Husavik, Iceland-a diminutive village on the fringe of the Arctic Circle-boasts the world's only museum devoted exclusively to painstakingly preserved male genitalia. Founded and curated by Sigurður "Siggi" Hjartarson, the Icelandic Phallological Museum houses four decades worth of mammalian members, from a petite field mouse to the colossal sperm whale, and every "thing" in between. Lamentably, Siggi's collection lacks the holy grail of phallic phantasmagoria: a human specimen. Siggi's world changes dramatically when he receives generous offers from an elderly Icelandic Casanova and an eccentric American. However, as the competition for eternal penile preservation heats up between the two men, Siggi soon discovers that this process is more complicated than it initially appeared.

After a string of trailers to entice audiences for the theatrical release we're proud to share an exclusive clip from the film here at ScreenAnarchy on the eve of the home video release. Check it out below.