Opening: THE FINAL MEMBER, Size Matters In This Penis Documentary

Peter Martin
Managing Editor; Dallas, Texas (@peteramartin)
Tweet Post Submit
A documentary about Siggi, the founder and curator of the world's only penis museum, The Final Member tracks his quest for one last endowment, requiring a very personal donation.
Two of our writers, Jason Gorber and Dave Canfield, have seen the movie and offer their observations in the gallery below. You can also click through to watch the trailer.
Via Drafthouse Films, The Final Member opens in select U.S. theaters on Friday, April 18. Visit the official site for more information. 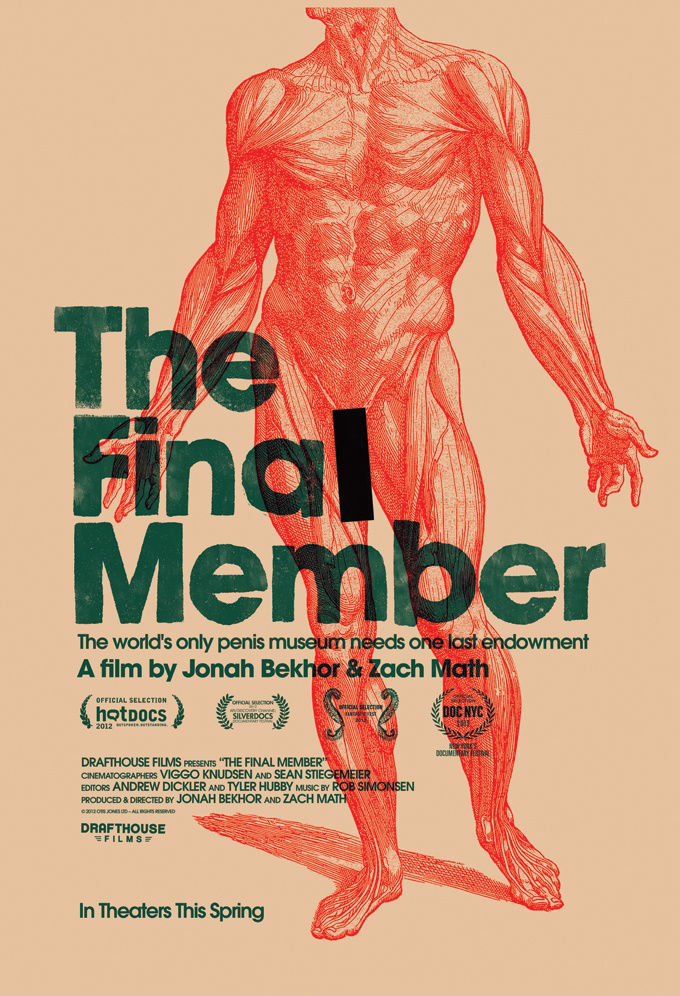 A Minor Epic About the Mighty Penis

I had assumed, wrongly, that The Final Member would be a trifle, yet another doc that you pretty much get the gist of right from the outset, or even just via the title card. Instead, we get one of those too-weird-to-not-be-true stories that some documentaries excel at.

Sigurdur Hjartarson's own obsession to find a human specimen to complete his cocklection is paired with two incredible characters. One is a famed explorer of the hinterlands of Iceland, known throughout the land for his bravery, pioneering spirit and his prodigious proclivity for fucking. Now in his mid-90s, Páll Arason has tracked his sexual exploits in a little book with scratchy notes of names, and has been promising for years to be the one to have his bangers and mash preserved in a preset area of the museum.

Arason's age has resulted in a shortening not only of the number of his days left on Earth, but also his penis, resulting in second guesses about preserving for posterity a totem that's a smaller version of its celebrated former glory.

Meanwhile, in America we meet Tom, a man in his 60s so eager to be the first to be placed in the museum, preserving his cock forever, that he's strongly considering having it removed along with a patch of pubic hair and the complete set of scrotum and testicles while he's still around to enjoy the view. Tom researches plastination laboratories, he sketches out dioramas, and pushes Sigurdur to allow for visitation rights during the off season. Most disturbingly, perhaps, is that Tom's vainglorious insistence on having the world celebrate his dear "Elmo" (yup, that's what he's named his prick) just might be fulfilled by his participation in this film.

These competing bequests, combined with Arason's failing health, provide some genuine tension within the film. There are some scenes that make one physically uncomfortable, from a plaster-of-paris mishap to the seemingly banal incising of some creature's junk until, Pop! the penile bone juts out past the head. Darkly horrifying it is, with Arason oblivious after 4 decades of preserving such schlongs over the years.

There are so many ups and downs that the film plays as some minor epic, touching upon things as disparate as ethics of self mutilation and the processes for embalming a giant sperm whale dong. Throughout we keep fearing that Sigudur is getting the shaft about getting his shafts.

At just under 80 minutes, we're given just as much of the story as we want, the pacing of the film more than adequate to sustain interest in every scene. Kudos to the filmmakers for not padding out the film the way that too many documentaries (and too many spandex wearing Rock Stars) often do.

Shots of Iceland and the environs of California are captured well, the music is extremely effective without becoming overbearing, all the hallmarks of confident and capable documentarians. The fact that this is a debut feature from Jonah Bekhor and Zach Math is even more remarkable, there's a confidence and swagger to the film that speaks of far more experience with this type of story telling.

Both The Final Member and [the short film] Manhood in their own ways show remarkable restraint with such sensitive subject matter. One makes you want to travel the world to see a famed museum of trouser pythons, the other makes you never want to go on vacation or have sex again. Combined, they made for quite an evening of keeping up with the Johnsons, two memorable films about penises that are entertaining, informative and great additions to this year's slate of docs.

Originally published during HotDocs in May 2012. 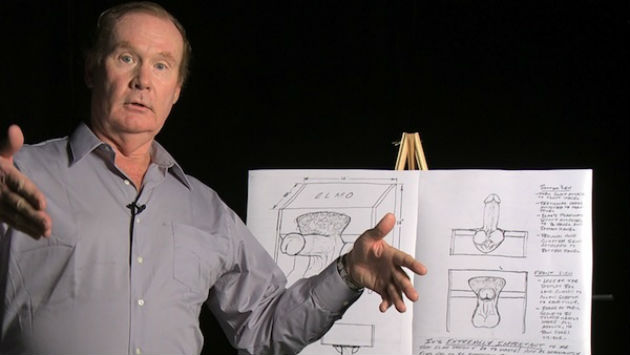 A Pure, Feel-Good Documentary, Not to be Missed

In a year full of great docs, this entry has managed to create some substantial buzz, which comes as little surprise considering the photo accompanying the online press materials showed a group of severed animal phalluses arranged neatly on a table in a darkened room. What is, perhaps, surprising is that the buzz runs significantly deeper than simply the shocking subject matter. Who would have thought it would be such a winsome affair?

The Final Member is pure, feel-good documentary that just happens to be about Sigurdur "Siggi" Hjartarson - a 70 year old Icelandic man who collects mammal penises for the tiny but respected Icelandic Phallological Museum. Intrigued? Disgusted? The story hasn't even started yet. Siggi is missing one key element of his collection. To be truly comprehensive his museum requires a human penis.

Enter two people who make Siggi and his immodest hobby look positively casual. A pair of potential human penis donors arrive on the scene in the form of a nonagenarian Icelander whose adventurous geographic explorations and amorous exploits have made him a living legend among his countrymen as well as a Californian man who has named his huge penis Elmo. That second option not only wants his penis to be first, he wants it removed while he is still alive so that he can visit it later once Siggi has mounted and displayed it.

It's a race against time as Siggi is growing older, red tape grows longer and age shrinks the size of the two potential donor's members who must have at least five solid inches to offer if Siggi can properly display it. Who, if anyone, will be able to donate a penis to Siggi remains in doubt until the very end.

Begun by Siggi in 1974 the collection has its roots, unsurprisingly, in a joke which made Siggi the recipient of a bull penis. As others continued the joke passing on other scrotalogical specimens Siggy took it all increasingly seriously carefully storing every donated items in formaldehyde and mounting items for display. Along the way he has collected penises ranging in size from a hamster's - which must be viewed with a magnifying glass - to a sperm whale's, which is taller than the average adult. As entertaining as it is to watch a senior citizen wrestle a recently donated sperm whale penis into a formaldehyde filled display case the charms of The Final Member are far greater than offering opportunities for humor.

What sounds like the beginning of a dirty joke is in fact a pretty poignant character study. We see people in the museum staring in genuinely rapt fascination at the specimens and educational displays. We meet Siggi's wife and friends who have supported him in his hobby. Most of all we meet Siggi who simply wants to complete his life's work and see the project passed on to trustworthy hands. The two donors are harder to take seriously but the film does a good job of dissecting the psychology of someone who would want to donate parts of their body to science.

I wanted more of an educational aspect to the film which is one way of saying I wish it had been a little longer. In the end this balances out for me as a big compliment. I wanted to know more about the subject that Siggi had spent his lifetime studying and haring about with others. As he is toasted at one point in the film by family and friends I found myself wishing that someday I could enjoy such a moment simply loved for who I was and what I had to offer. This shouldn't be missed. 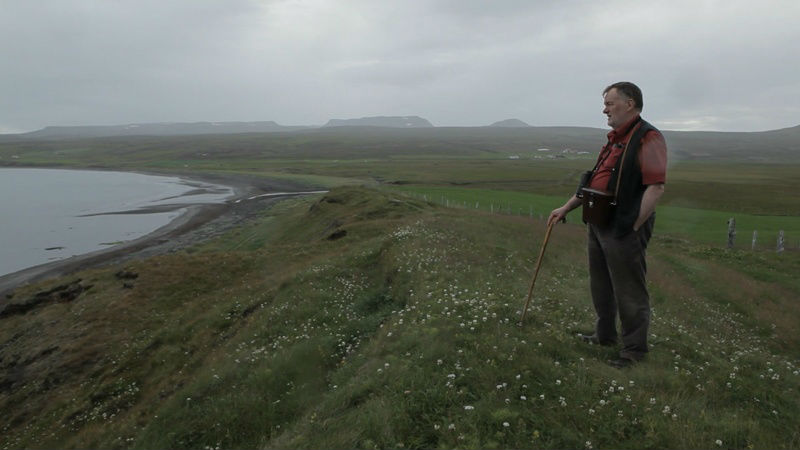 The Final Member [Official Trailer] In Theaters April 18 from Drafthouse Films on Vimeo.