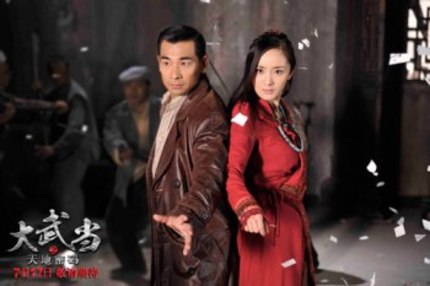 In early Republican China, rumors were going around about the treasure in Wudang Mountain. An American conspirator took his well-trained kung fu daughter to Wudang by sponsoring a Taoist martial arts competition, to steal the treasure. Out of expectation, a disciple represented Wudang to compete with other martial arts masters for the championship. During the competition, resentment incurred against different parties, the relationship became complicated, a Korean female Tai Chi descendant fell in love with the American conspirator and the secret of the treasure had been revealed. The treasure is the key of the magnetic field of Wudang, if it's stolen, Wudang would be devastated. To protect Wudang, a group of young heroes rallied around to defeat grant masters. It's the time the long-lost Wudang martial arts returned...

It will be release theatrically in China around the summer. You'll find the trailer embedded below.