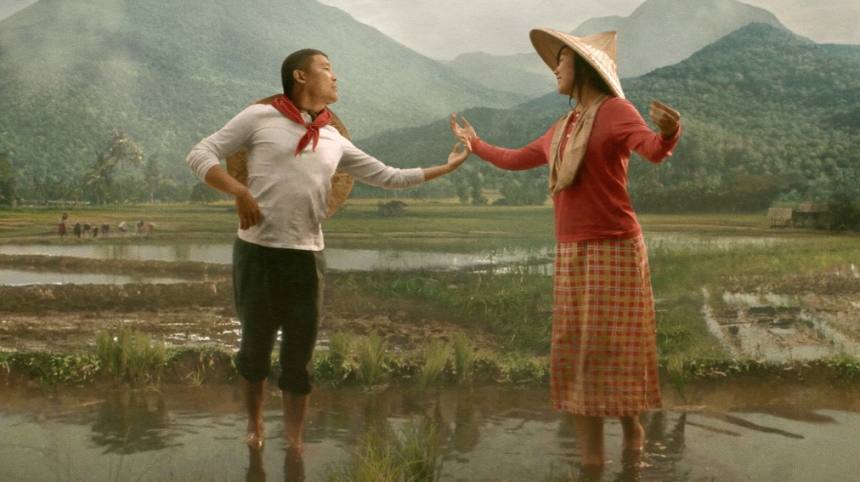 I know precious little about Ryan Moore's film, When We Danced, other than that it recently played in the Philippines Short Program at the Asian World Film Festival.

That being said, The Robot Eye, the design house who did the posters for last year's The Wanting Mare, and 2015 Canadian-Kiwi co-production Turbo Kid, contributed this piece of key art for the project.

The high-grain photograph aesthetic depicts two lovers, framed by misty peaks, ankle deep in a rice paddy, about to break into song and dance. It gives off the feeling of an old Hollywood musical, with only the clean penmanship of the title card dominating the negative space of the overcast sky, evoking a more modern touch. I do not have much more to say here, other than that image is a moment, a single moment, and that says far more than the clutter, and layers, and the digital spit-polish, of most modern movie posters.

In short, I would love to see this short film based on its key art alone, which is exactly what a poster is supposed to do. 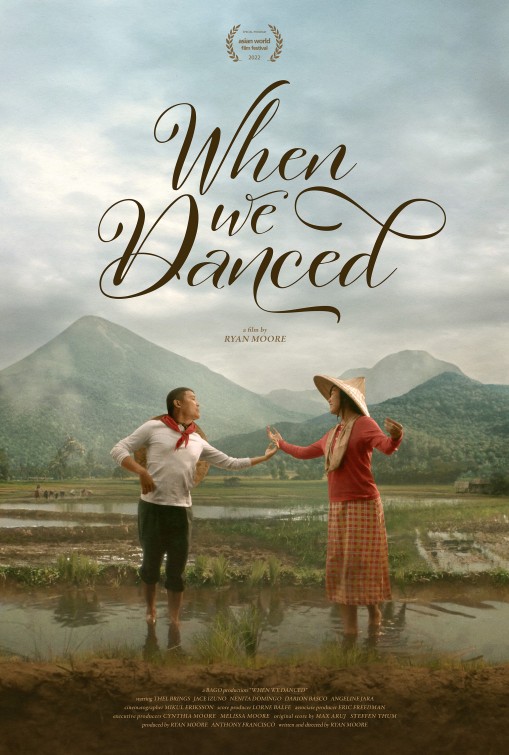 Do you feel this content is inappropriate or infringes upon your rights? Click here to report it, or see our DMCA policy.
Asian World Film FestivalChris DavidsonKey ArtPosterRyan MooreShort FilmThe Robot EyeWhen We Danced