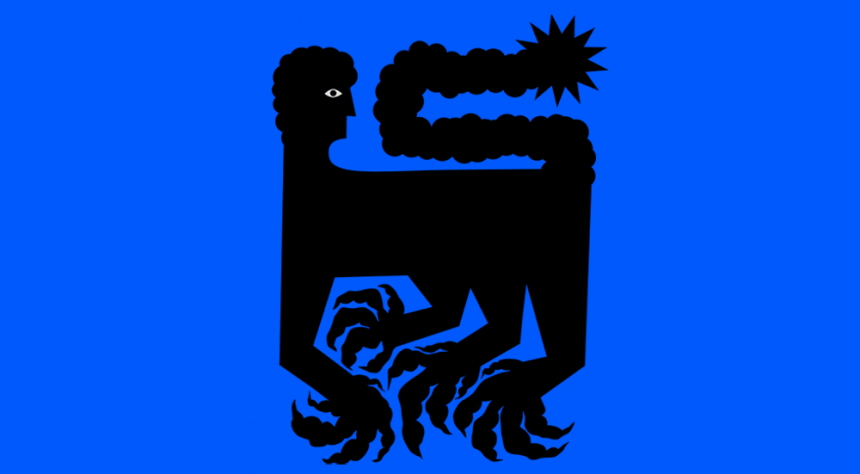 The manticore is a creature from Persian mythology with the head of a lion and the tail of a scorpion. It is capable of shooting poisonous spines at its enemies and prey. I like this minimalist and old school poster design for Carlos Vermut's Manticore, which was brought to my attention recently by our own Shelagh Rowan-Legg, who reviewed the film when it played in Toronto in the fall.

The head of the lion here is replaced by the head (and gaze) of the films protagonist. It also evokes the one-eyed Jack in a deck of cards, a symbol in itself of rebirth. The rest of the eponymous creature is folded in upon itself to conform to the shape and constraints of the key art. Particularly lovely is the way the legs, like gasping hands, all fit together.

Festival laurels at the top, and a credit block at the bottom, fade into the design, as they are black like the creature at the centre. What pops out is the white, the title (in the belly of the beast), and the gazing eye. Like much of Vermut's challenging cinema, it is kind of a dare to look into the darkness. 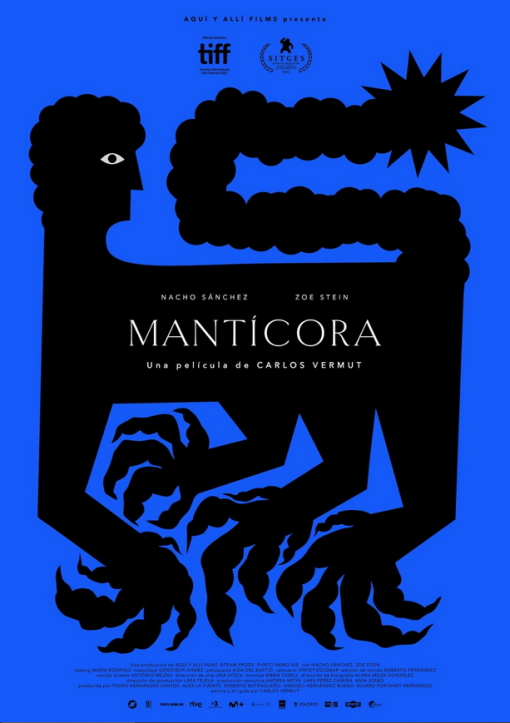 Shelagh Rowan-Legg contributed to this story.