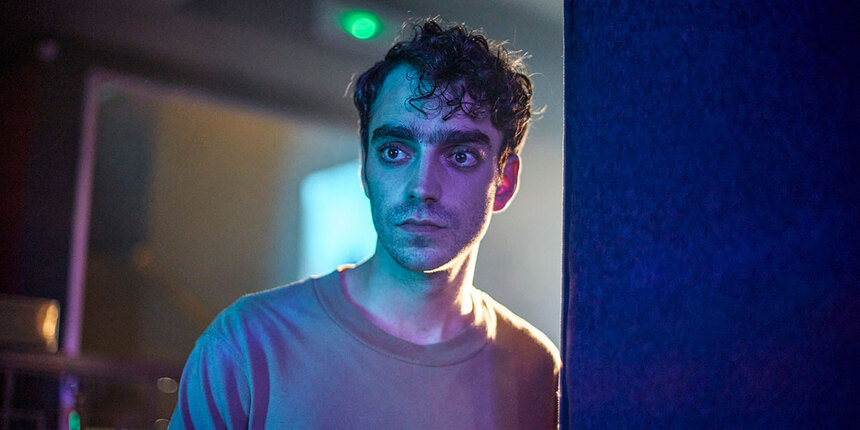 Spanish filmmaker Carlos Vermut (Magical Girl, Quien Te Cantara) has never been one to shy away from difficult subjects or characters, whether it be cruel kidnappings or heartbreaking suicides, his methodical and considerate touch gives more insight and power to the brutality of his character's lives. It's no wonder that his latest film, Manticore, would tackle one of the most taboo subjects, and as usual, with Vermut's signature style that will leave much of its audience reeling in shameful fascination.

Julián (Nacho Sánchez) is a graphic modeller for a video game company, creating the kind of monstors and creatures that gamers love to battle. In his social life, he is painfully shy, living in a fair-sized apartment, working from home as often as possible, and often ending up the proverbial wallflower at parties. One day, he ends up saving a young boy in the next apartment from a fire, and that action haunts him in ways that are not acceptable to society. Soon after, he meets Diana (Zoe Stein), but even as this romance blossoms, the previous event is shadowing him to rear its ugly head and upend his life.

Though he has never acted on these feelings in his life, we find out soon enough that Julián has certain desires that are (rightfully) deemed unacceptable by society; so unacceptable, that he has nowhere and no one to turn to for help. This has created a gaping maw in his life as wide as the grand canyon; even as he tries to connect with others, either with friendship or romantically, he finds himself always just past the edge, looking on, knowing he can never fully participate. He puts a VR headset on to draw his creatures, and retreats into this fantasy, drawing the monster that he likely sees as himself.

Like characters in Vermut's previous films, the protagonist is achingly lonely; in this case, his proclivity is likely the cause of this, as he well knows it is nothing he can never reveal, never alone act upon. His world is filled with silence, until the fire, appropriately, keeps burning inside him. Like the smoke he inhaled, it's now curling through his body, waiting for the right moment. And even when that comes, Julián tries to cover his shame. 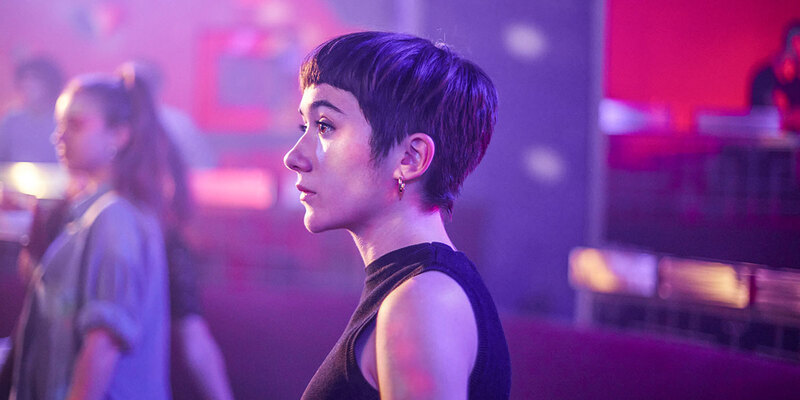 Enter Diana, who is kind and sweet; she has her own burden, in caring for her beloved, now-invalid father. Vermut takes his time to establish this relationship. While it starts as a meet-cute, we know what lurks in the shadows. We, like Julián, almost forget about it, as we watch these gentle souls wind their way around each other. Julián nurses Diana through her grief, as it seems she might be the one person with whom he can make an intimate connection.

Despite being a resident of a dense city, Julián is frequently in spaces which emphasize his emptiness. Even literally running away from his problems does not solve them. The connection between himself and the title is not hard to grasp. As Vermut allows us to watch Julián, we see how he is constantly disjointed, constantly at war with himself, rarely having a moment of stillness against the battle in his psyhe. Sánchez is entrancing as Julián; and even as I write that word, as I remember the character's desires, I start to feel something of his shame. As another critic pointed out, we haven't seen eyes like this since Ana Torrent, and they are filled with such longing that you almost forget what part of that longing is for.

Vernut allows the story to unfold at a steady pace, allowing every moment to sink in and be absorbed in connection to the previous; we cannot know or judge Julián until we know everything he experiences, from the moments when he finds himself free of his monstrosity, to the moments it is laid bare. And even as the most terrible things are kept off screen, they longer like the smoke in Julián's lungs.

We cannot help but be equal parts horrified and mesmerized, and likely many will refuse to entertain a story which puts a protagonist such as this front and centre. Manticore is brutal, unflinching, precise, and sensitive. Vermut continues to be one of the most original directors currently working in Spain, unafraid to go to the darkest corners of the human psyche.

Do you feel this content is inappropriate or infringes upon your rights? Click here to report it, or see our DMCA policy.
Carlos VermutCatalina SopelanaNacho SánchezZoe SteinDrama