Coming Soon on Criterion: THE PIANO, TIME and THE CELEBRATION Ring In New Year 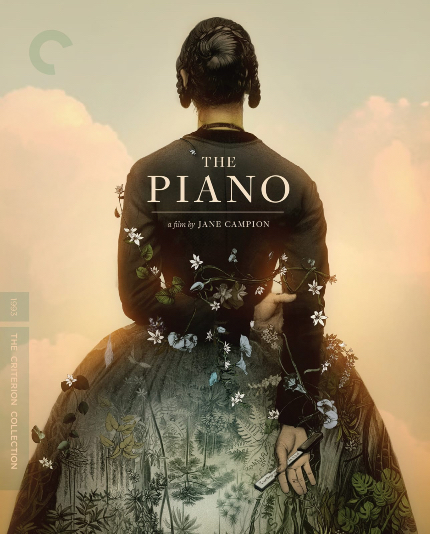 The new calendar year will kick off in fine fashion, as far as The Criterion Collection is concerned, starting with Jane Campion's The Piano.

It's good timing, too, since Campion's first feature in a dozen years, The Power of the Dog, recently screened at selected festivals and is receiving high praise, including from our own Shelagh Rowan-Legg, ahead of its upcoming debut in theaters. After we all see that, I'm sure all of us will be in a hurry to revisit/get to know the director's extraordinary The Piano (1993), starring Academy Award-winners Holly Hunter and Anna Paquin. Criterion's edition will showcase a new, restored 4K digital transfer, new conversations, and so forth.

Garrett Bradley's artfully constructed documentary, Time, may gather a new audience thanks to its release, along with a good batch of special features, including an audio commentary, interview, conversation, and more. Another recent documentary, Kristen Johnson's Dick Johnson Is Dead, revolves around the filmmaker's tribute to her father, in the fading time before he was completely swallowed up by dementia.

Laying the cornerstone for the Dogme95 movement, Thomas Vinterburg's The Celebration deserves its own reconsideration as a potently divisive film, supplemented by a number of intriguing special features. To balance that out, if you need a smile, it's lovely to pop in Richard Lester's A Hard Day's Night, which features a new 4K digital restoration and a batch of running and jumping special features.

Do you feel this content is inappropriate or infringes upon your rights? Click here to report it, or see our DMCA policy.
Criterion CollectionDogme95Jane CampionRichard LesterThomas Vinterberg