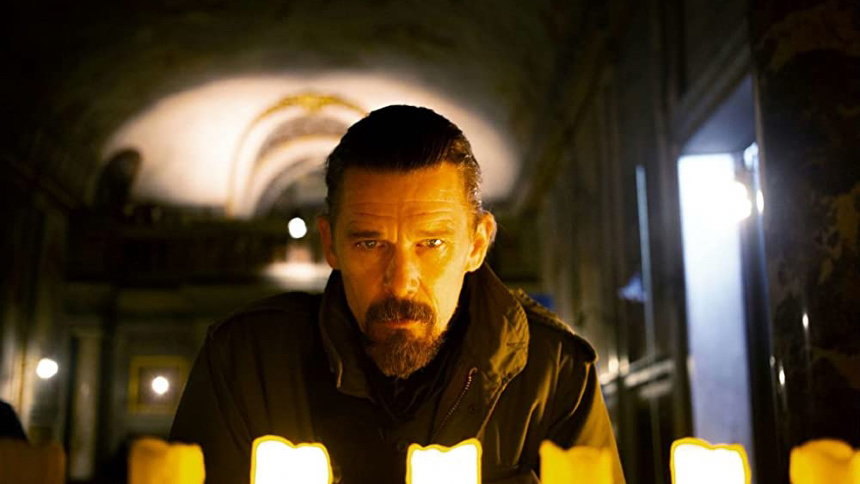 He follows up on his psychodrama of the unconscious, Siberia, with another fresh project. Zeros and Ones is Ferrara's apparent pandemic movie, shot during the COVID-19 madness and referencing the new normal throughout the whole running time.

The official synopsis drummed up the hype for the auteur's supposedly most mainstream-leaning offering. "In the aftermath of an apocalyptic siege, Zeros and Ones follows the American soldier JJ as he navigates a locked-down, murky world of fear, paranoia, and eventual hope in the shadow of the Vatican. A war between history and the future plays out until dawn breaks," certainly got many imaginations running for a new Mission: Impossible or The Bourne Identity under Ferrara's unique helm, with Ethan Hawke starring as the lead.

Zeros and Ones formally fulfills the promise the synopsis gives, however, the final product heavily deviates from the falsely-planted expectations. Ethan Hawke stars as a mercenary known as JJ on an unknown mission who gets sucked into the shadowy world of undisclosed agendas, vague conflicts, and misunderstood enemies.

As a spy thriller, Zeros and Ones defies the genre constraints as the entropy extends with each new arriving character that adds to the obscure plot. The director toys with character types in a strange conceptual narrative game. The paranoid spy noir becomes the antithesis of the very genre, as characters such as Laughing Russian Agent (the official name of the character that appears in the end credits) enter a scene only to suddenly vanish in the chaotic narrative of the Vatican's mysterious destruction.

JJ participates in a war conflict between too many sides with no clear intentions or motifs as Ferrara deconstructs the plot to such a degree that the film appears to be consisting of non-sequiturs. To stir the conceptual pot even more, the director adds Christian symbolism and ominous references to a 3000-year-old war. JJ appears to be on a crusade to save his revolutionary and anarchist twin brother, who may or may not be dead. In the process, he just manages to evacuate his brother's wife and child from the unknown menace. 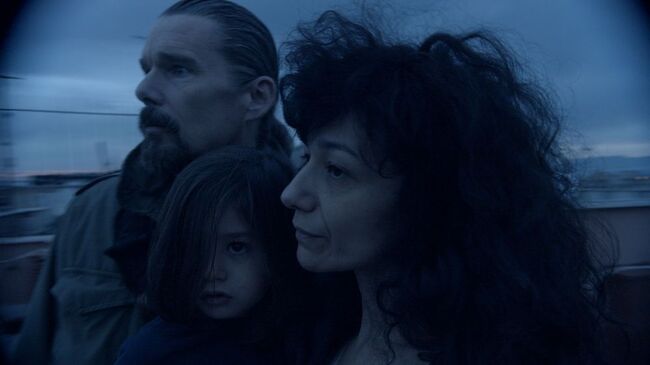 Americans, Russians, Chinese, Christians, and Muslims have a go in the story and nobody's position is entirely clear, although the Chinese tempt JJ with a naughty lesbian play, while the Russians force him to have intercourse at a gunpoint and on camera.

Ferrara's latest oeuvre is nothing short of his sleaze signature. The volume of disconsonant inputs and ideas spin to a dizzying extent, and the sparse plotting pushes Zeros and Ones between a farce and a conceptual anti-drama in a DIY underground cross-over of Tinker Tailor Soldier Spy and novelist Dan Brown's conspiracy thrillers.

Constant mask-wearing and hand sanitizing appear in the film to a point that they resemble strange rituals of the new normal. DoP Sean Price Williams, who works with acclaimed New York indie auteur Alex Ross Perry, shoots Rome at night in a lo-fi guerrilla-style, following Ferrara's hallucinatory lead with confining compositions, shooting up close in dimly lit spaces on the city's empty, lockdowned streets. At one point, the site of the Holy See gets blown up, albeit in more of a symbolic way rather than Olympus-Has-Fallen-Hollywoodsy-pyrotechnics.

Whether serving as a punk treatment to the spy thriller genre or composing a perplexing metaphor on the zeitgeist of pandemic disorientation, rife with wacky conspiracy theories, Ferrara keeps the audience in a constant state of alertness disputing what is actually unfolding in front of their eyes. The overly normal and slightly sentimental finale does not help to ease the frustration of Ethan Hawke's mission in the unidentified (-fiable) war.

Ferrara did not leave the Locarno Film Festival empty-handed; his abstract war-thriller doubling as a sleaze punk spy pastiche earned him the Leopard prize for Best Direction, awarded by the City and Region of Locarno.

Do you feel this content is inappropriate or infringes upon your rights? Click here to report it, or see our DMCA policy.
Abel FerraraEthan HawkeGermanyItalyLocarno 2021UKUSCristina ChiriacDounia SichovThrillerWar

More about Zeros and Ones