The Melbourne International Film Festival (MIFF) returns for a very nice sixty-ninth time in selected cinemas and at home via a streaming pass system this year. It initially feels quite piecemeal, making your way through the guide to work out exactly what is playing, and where as the digital festival kicks off days after the event begins proper. For fear of FOMO or existential crisis, enough of these movies can be screened and safely enjoyed pandemic-free on the couch. For those heroes of cinema bold enough to leave their abode in this god-forsaken winter and rekindle the religion of the screen, there is that option too.

Less concentrated in the CBD this year, MIFF is instead social distanced across Melbourne and its surrounds. This year, unlike any other, MIFF crowds need to pick their films wisely, and plan their day more than ever. Is it worth the effort? The Program Guide dropped this week, answering that question with a resounding yes.

The sheer diversity of theme, culture, identity, format and stories more eclectic and niche as ever. With a little under three hundred titles, this focused vision seems to satisfy almost any viewer, check out just some highlights from the press release for the festival below, then review the whole program right here.

Note I have amended the release, adding links where appropriate to our reviews as well as adding some personal highlights of my own.

With a lineup of 283 films, the program includes 40 world premieres — the most in the festival’s history — and 154 Australian premieres, with 62 films available on MIFF Play — the festival’s online screening platform. Two overlapping programs will encompass 18 action-packed days, with in cinema experiences running for 11 days from August 5– 15 and MIFF Play expanding into homes Australia-wide for 9 days from August 14 – 22. 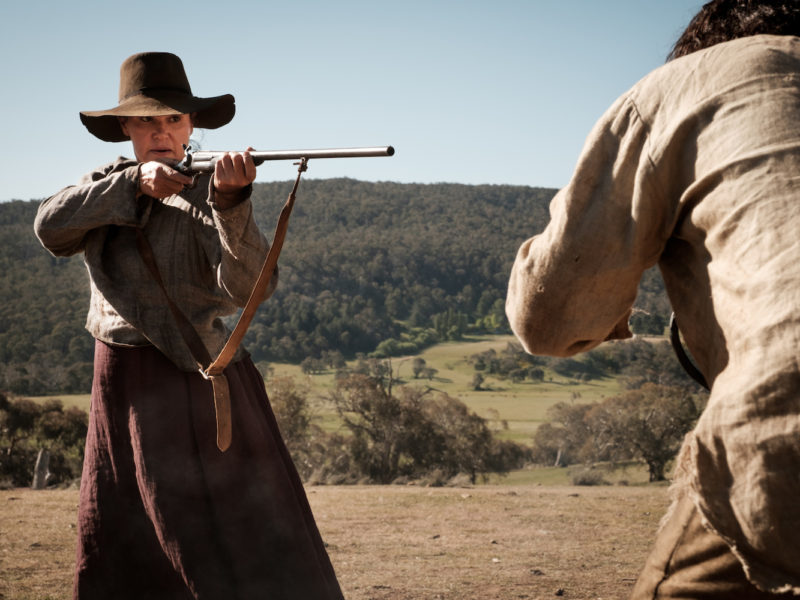 The festival opens with Australian Colonial Westerner The Drover's Wife The Legend of Molly Johnson, and closes with Language Lessons, starring Mark Duplass in a platonic rom-com filmed completely over Zoom.

Festival circuit ticket highlights include the following; Annette (Martin's Cannes review here), the English-language debut from Leos Carax. Co-written by the duo behind pop group Sparks, Carax’s outrageous musical stars Adam Driver and Marion Cotillard and tells the story of a provocative stand-up comedian (Driver) and his wife, a world-famous soprano (Cotillard), whose glamorous lives takes an unexpected turn when their daughter Annette is born with a unique gift. Steven Soderbergh assembles another star-studded cast for No Sudden Move, headlined by Don Cheadle and Benicio Del Toro, alongside Jon Hamm, Ray Liotta, Brendan Fraser and Kieran Culkin (Succession). When two small-time crooks discover they were set up, they are propelled around the many layers of Detroit society evading both pursuers and police in an explosive period crime caper buzzing with the auteur’s distinctive visual style. Nicolas Cage is back with a revenge thriller centred on a stolen truffle pig.

The feature debut of director Michael Sarnoski, Pig is a composed exploration of psychological damage. Equally revenge filled, Mads Mikkelsen stars as an ex-soldier looking to avenge his wife’s death, whilst hiding his vigilantism from his daughter, in the pitch-black Scandi comedy Riders of Justice (check out Ard's review here). Noomi Rapace (The Girl with the Dragon Tattoo) stars in Lamb, a supernatural drama set in the remote and mysterious wilderness and stepped in the dark folklore of Iceland.

Apichatpong Weerasethakul (Uncle Boonmee Who Can Recall His Past Lives) makes an extraordinary return with Memoria – his highly anticipated English-language debut stars Tilda Swinton (The Human Voice) as a Scottish orchid farmer visiting her ailing sister in Bogotá who meets a French archaeologist and in true Weerasethakul style, strange events ensue. Shot in secret during the pandemic, The Year of the Everlasting Storm comprises seven shorts from some of the most acclaimed names. Billed as “a true love letter” to the storytelling power of the moving image as deeply personal responses to life under lockdown - Iran’s Panahi (3 Faces) and Thailand’s aforementioned Weerasethakul are joined by Poitras (The Oath), David Lowery (Ain’t Them Bodies Saints) as well as Singapore’s Anthony Chen (Wet Season) and Chile’s Dominga Sotomayor (Too Late to Die Young). Rounding out the list is Malik Vitthal (Imperial Dreams).

Are You Lonesome Tonight? is the latest buzzed-about Chinese crime thriller that once again re-arranges what we know about the genre. In the vein of Giallo inspired introspecitve films about films, horror subversion Censor (Eric's review here) follows a tightly wound fillm censor in Britain at the height of the ‘video nasty’ era. Pleasure (Martin's review here) is an all-encompassing "tour de force" from Swedish Director Ninja Thyberg that follows 'Bella Cherry' and her rise and fall in the brutal Pornography industry that is both "honest and demystifying".

Dedicated program New Iranian Cinema includes dual Oscar winner and auteur Asghar Farhadi’s (Everybody Knows) eagerly anticipated A Hero; a tale of redemption, and follows a man on leave from a prison sentence for debt who uses the time to seek amends. In There is no Evil (Martin's review here), Four tales of reluctance, rebellion and escape unfold in a film about executioners and the people closest to them. The first Iran–US co-production to open in Iranian cinemas since the revolution The Night pits a couple against a malevolent hotel, trapping them in the darkness with their secrets.

Documentary Highlights include the following; an intimate portrait of the life and death of the beloved globe-trotting presenter, Roadrunner: A Film About Anthony Bourdain, raw and rich, tracking the provocateur’s story from chef to household name through insightful interviews, this unflinching look at Bourdain reverberates with his presence. The bold and breathless Sabaya, from filmmaker Hogir Hirori, tracks a band of volunteers out to rescue ISIS sex slaves from an infamous Syrian border camp in a feat of immersive, often dangerous filmmaking which won the a Sundance Award. Festival favourite Andrea Arnold (Fish Tank) takes a turn for the bovine, getting up close and personal with a dairy cow to unveil a surprising and unknown world. Arnold spent six years exploring the realities of the titular animals’ daily lives for Cow. From a dogs-eye view, immersed in their day-to-day existence, we see how dogs depend on the kindness of strangers and how integral these interactions are to Istanbul's soul.

Much like the cat-focused Kedi before it, Stray (Peter's review here) documents Istanbul’s humans, too; while following the animals, Lo (who also serves as cinematographer and editor) listens in on conversations across politics and class strata. From 1960 to 1966, Japan’s official women’s volleyball team racked up a record 258 successive wins including Olympic gold. Dubbed the derogatory The Witches of the Orient (Jaime's review here), this team of former textile workers turned national champions gained such renown that they inspired a craze of manga characters and anime series. The documentary itself from French filmmaker Julien Faraut (John McEnroe) brings these amazing women to life via a fascinating collage of new interviews, cinematically vivid archival footage and unexpected anime sequences, all set to a dynamic electronic soundtrack.

The 2021 Melbourne International Film Festival is in cinemas 5 – 15 August and online 14 – 22 August. Tickets are now on sale for MIFF Members. General public tickets will be on sale 16 July. A printed guide will be in The Age newspaper on 17th July. Stay tuned for more coverage.

Do you feel this content is inappropriate or infringes upon your rights? Click here to report it, or see our DMCA policy.
Melbourne International Film FestivalMIFFPreviewProgram Guide