Rotterdam 2021 Review: RIDERS OF JUSTICE Provides All Sorts Of Therapy

Anders Thomas Jensen has made a funny, violent, heartfelt drama about coincidence and revenge. 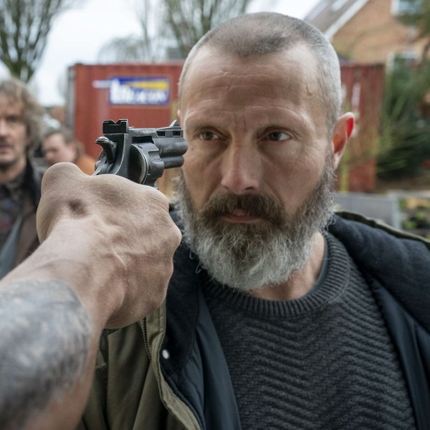 Today saw the beginning of the 50th International Film Festival Rotterdam, and the title which started it a few hours ago was Riders of Justice, the new film by regular fest-guest Anders Thomas Jensen, starring Mads Mikkelsen.

Out of necessity, this year the festival begins with a week of online-only screenings, as the Netherlands are very much stuck in lock-down at the moment, and all venues are closed. In June there will (hopefully) be an additional week of real screenings again, but for now, audiences can choose between live-streaming the premieres, often with live Q&A sessions attached, or stream it on-demand (non-live) in the first 72 hours afterwards. Thankfully the streaming service is of pretty high quality, and while the livestreams are limited in participants, the on-demand service makes sure that for once, you do not have to worry about getting into the venue. Which is a good thing with Riders of Justice, as it's an unrepentantly crowd-pleasing revenge drama, and one which undoubtedly would have been sold out.

In Riders of Justice, a terrible train accident robs Markus (Mads Mikkelsen) of his wife. A military man on a foreign mission, he is called home to literally pick up the pieces and tries, unsuccessfully, to connect with his teenage daughter. But then Markus is contacted by a survivor of the train crash: a mathematician who is not convinced the accident was, well, an accident. Evidence appears which shows the notorious violent biker gang "Riders of Justice" planned the crash on purpose, and Markus, who is built like an oak tree, finally discovers an outlet for his grief: bloody vigilante revenge... 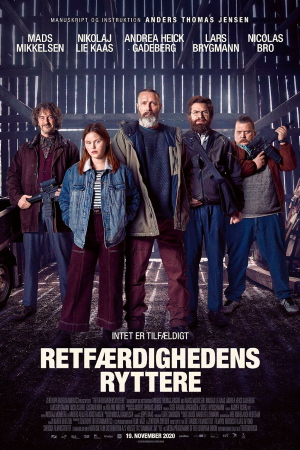 With films like Adam's Apples and Men & Chicken, Anders Thomas Jensen has shown that he can easily mix genres and squeeze both fun and feelings from the weirdest of concepts. Riders of Justice seems pretty straightforward but Jensen has hidden tons of layers underneath everything, providing commentaries on topics like toxic masculinity, coping mechanisms, violence, coincidence, relationships and grief. Each protagonist can easily be described as one-dimensional (from the stoic soldier to the neurotic nerd to the distraught daughter), yet here these cardboard characters are played by A-list actors like Mads Mikkelsen and Nicolas Bro, and a surprising amount of depth is given to each of them. Revenge flicks do not normally carry this much positive sentiment, while bleak violence dramas are rarely this funny or colorful.

And ooh boy, does this drama get violent. Mads' Markus massacres motorists by the dozen in this, and while the film never stops putting question marks to his behavior (or indeed to our entertainment with it), neither does Jensen reign in the violence or become preachy. Riders of Justice is very, very good, and sells the point that acceptance and friendship provide the most solace. That, and hey... if someone is beyond repentance, you can always put a bullet in his head.

Despite the pandemic the 50th International Film Festival Rotterdam is off to a great start. If any other film turns out to be more entertaining than Riders of Justice, we're in for a treat this year! 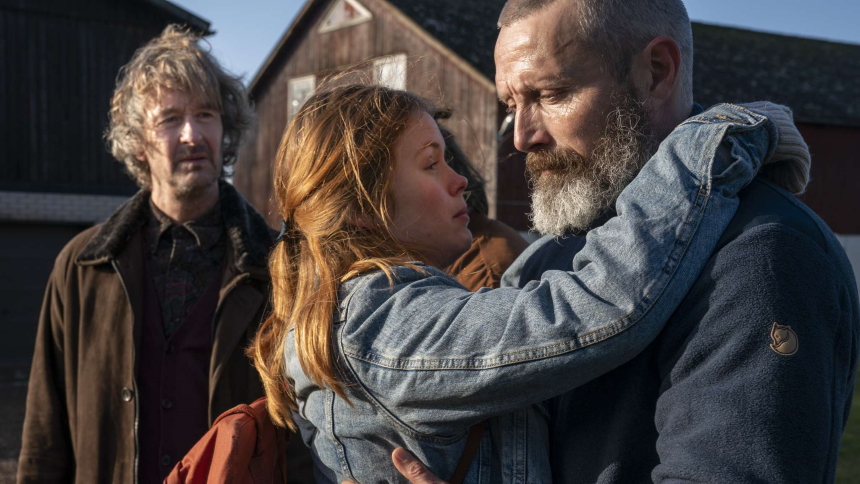