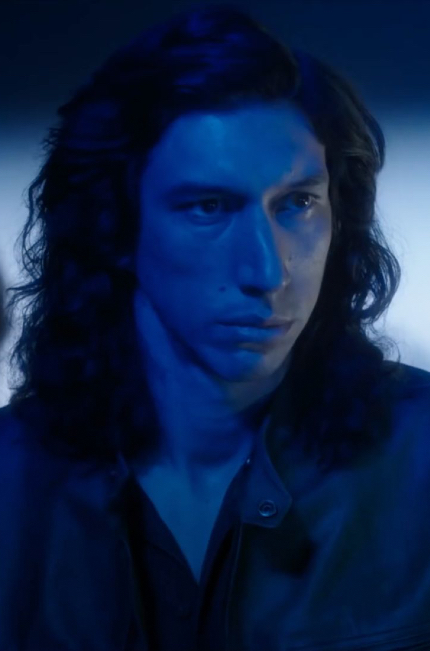 The 74th edition of the Cannes Film Festival opened with a long-awaited directorial effort by French provocateur par excellence, Leos Carax. The mastermind behind 2012's absurdist and surreal, albeit divisive, Holy Motors returned with very different fare, Annette, a musical melodrama penned by the prolific pop-rock duo Ron and Russell Mael of Sparks.

Originally conceived as a concept album by Sparks -- the film's soundtrack will be released after the premiere with 15 tracks -- the project changed course after the Mael brothers crossed paths with the French director, who used their song "How Are You Getting Home?" in Holy Motors.  Annette then began the transformation into a big-screen affair.

Annette kicks off with a meta-textual fourth-wall shattering prelude as Leos Carax announces the beginning of the film (project) accompanied by his daughter, to whom the film is dedicated. Ron and Russell start singing and walking through the recording studio and they are soon joined by the cast singing "Now May We Start" while walking, until the introductory number dissolves and we find ourselves on a real-life street, namely, Santa Monica Boulevard.

Adam Driver stars in the leading role as cynical stand-up comic Henry McHenry, doing his sold-out "The Ape of God" routine. As a self-deprecating comic, he muses on reasons why he became a stand-up comic in the monologue while somewhat sadistically overusing the metaphor that he is paid "to kill audience" with jokes.

The God's ape soon goes bananas for Marion Cotillard's soprano Ann, who is selling out another venue, the Disney Concert Hall. The celebrity pair initiates a tabloid romance and Driver sings mid-cunnilingus, a refreshing provocation doubling as the catalyst for the film's word-of-mouth buzz. After a duet, "We Love Each Other So Much," that appears to be aware of its own cheesy theatricality and pushes forward, a child is born, the eponymous Annette. 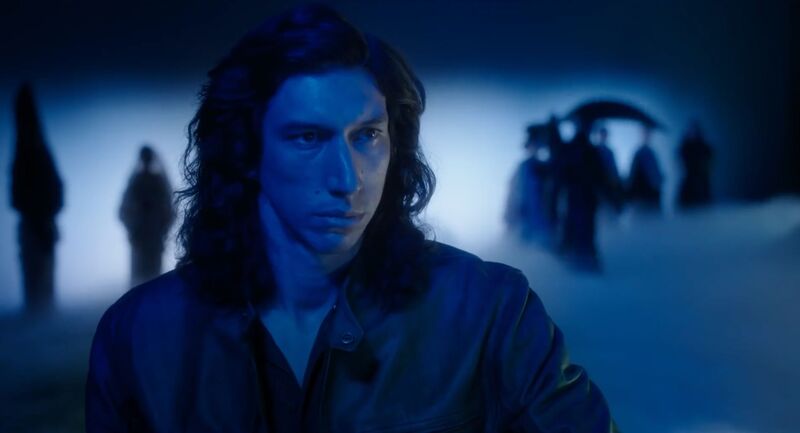 The boy-meets-girl narrative then ventures into parenthood territory, a razor-sharp cut into the bohemian lifestyle of the artistic lovebirds, which starts taking a severe toll on Henry. As the comic soon stands in the shadow of his wife's rising star, he bombs his shows, as a toxic cocktail of jealousy and pride sends him on a downward spiral and out of control.

Henry becomes the orchestrator of his own demise while tearing his family apart, nose-diving into a psychotic state of mind. To cushion the fall, he starts exploiting his child, a musical wunderkind.

Annette follows the destructive force of Driver's protagonist in a properly operatic grandeur, self-aware and referential, #MeToo and male ego-rage revision of the Bluebeard myth. The Sparks-LC team hits familiar notes in the tradition of tragic opera love stories. After boy meets girl, girl meets tragic end and the boy sells it as an accident. The musical molds the tragic love story narrative into a modern psychopathic rendition of male callousness with the modern glamour and glitz of a Los Angeles-based story (though shot in Europe).

Annette does not reach the heights of ridiculousness and weirdness of Holy Motors. Compared to Monsieur Oscar's bizzaro limo ride and exploits, Annette is a tame beast and very accessible to the mainstream public -- the film is backed by Amazon -- which may be sufficiently patient to tolerate the self-indulgence that overstretches the running time of the tortured love past the 140-minute mark.

However, Carax die-hards and cineastes will enjoy the deconstruction of the director's references and hints, including the cataloging of every piece of cloth paraded in the color of Monsieur Merde's suit, in an odd branding compulsion. Annette still offers many eccentricities, idiosyncrasies, whimsicalities, and weirdness of the visionary and misunderstood filmmaker, starting with Annette being an actual marionette. Behind the pompous and grandiloquent rock opera may be even hidden more personal film than meets the eye of the self-loathing and misunderstood protagonist. 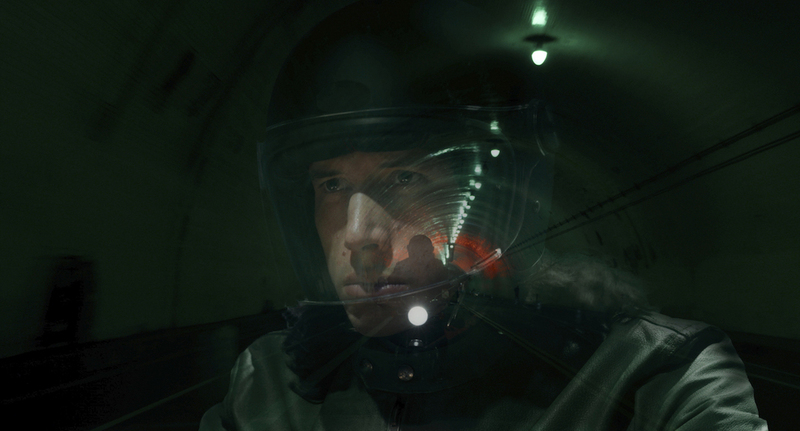 Adam Driver (who served as one of the film's producers) dominates the screen throughout the entire running time and shoulders much of the film's weight. Nevertheless, the veteran DoP Caroline Champetier, who has been collaborating with Carax since 2009´s Tokyo! segment, dazzles with mesmerizing and adequately opulent camerawork. The French cinematographer who worked with Chantal Akerman, Jacques Rivette, and Jean-Luc Godard pirouettes around characters utilizing the full depth of each scene.

Champetier carefully choreographs movement through space, delivering the most memorable moments in virtuoso one-take and self-contained shots. She seamlessly follows Marion Cotillard as she ventures from a theatre stage into a forest and wanders back again in front of the audience. Another Holy Motors collaborator, Florian Sanson, took care of the production design, employing the theatrical aesthetics of minimalism and artifice. The detachment from realism and inclination towards theatrical stylization amplifies the otherworldly quality of Annette with the vibe of a feverish dream.

Carax's first English-language film, and the first film he did not write, will probably prove to be divisive, despite a familiar story and the film's greater accessibility to the majority audience. Fans of the French enigmatic filmmaker will check out the director's dream of making a musical oddity come true. The transposition of theatrical conventions and their surreal subversion should attract theatre aficionados as tragedy meets comedy in a doomed romance. And it's a must-see for Sparks fans.

Annette will premiere in theatres on August 6 and will be available to stream on Amazon Prime Video on August 20.