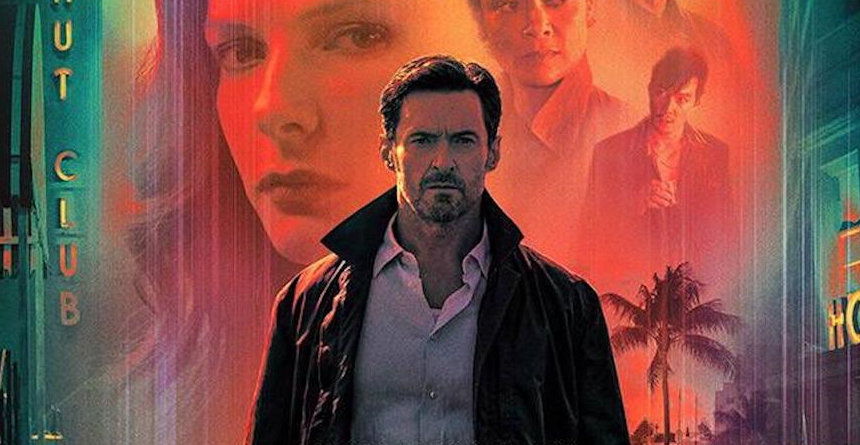 It appears that between churning out seemingly thousands of variants of the Army of the Dead key art, design studio B O N D decided to toss off this Los Angeles sunset-inspired -- it is the smog that causes these vivid colours, right? -- key art for Hugh Jackman neo-noir science-fiction picture Reminiscence.

Unfortunately, they take what is a pretty eye-catching design, and clutter it up with some hoary poster clichés.  Let me ask you this:  Do the floating heads in the sun add to either the aesthetics of the poster, or to getting bums in seats (or clicks on streams, in the case of HBO Max?)

Does the fact that Hugh Jackman (looking snazzy and disheveled, simultaneously) is holding a gun add anything?  I would argue no; this is one of the most subtly egregious poster tropes of all time. Albeit, it does not get the full ire of floaty heads (check) or orange & teal (check, sort of -- the poster flirts in this colour space.)

Side Question:  Where are Jackman's Legs?  Answer: Inception.  (*Braahhhm*)

Lastly, we have 'sci fi skinny font' which is a totally a thing. The typesetting echoes nicely with the 'flashback' white lines that are actually one of the more subtle design elements here, which form a kind of curtain in between the architectural pillars of the Hotel and the Coconut Club.

All in all, the result could have been slightly better with a more pared-back treatment, but things are really not really too bad, as Reminiscence could just as easily be confused from this poster as a fever dream delayed sequel to Tequila Sunrise (Raul Julia, rest in peace.) Or maybe that is just me.

I am just happy that this kind of Sixty-ish Million Dollar movie is still being made in the Hollywood Studio System. 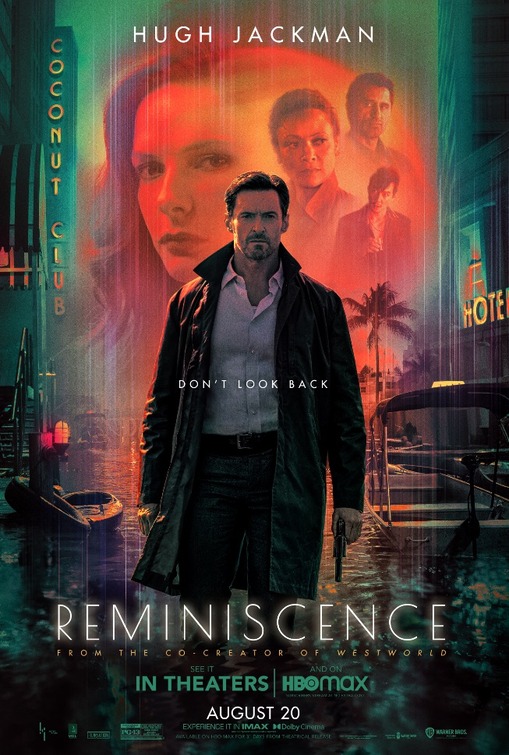 Do you feel this content is inappropriate or infringes upon your rights? Click here to report it, or see our DMCA policy.
Floating HeadsGunHugh JackmanKey ArtPosterReminiscenceSunset