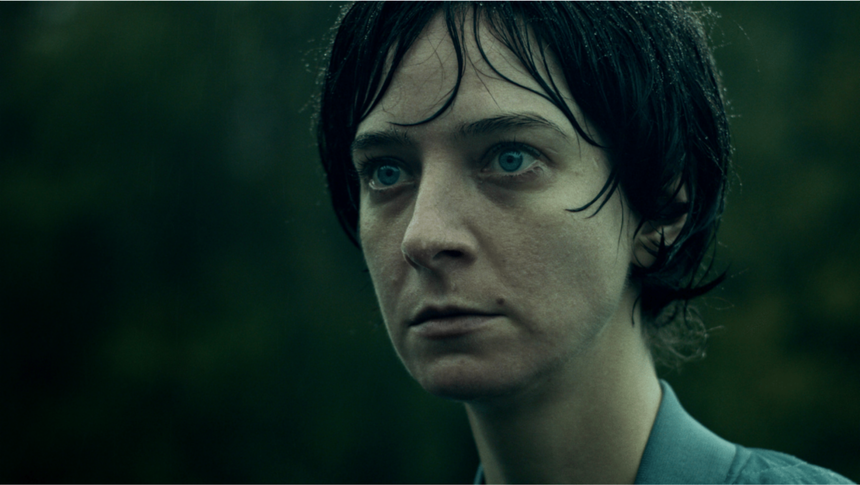 After first shocking Toronto International Film Festival Midnight Madness audiences last year, Madeline Fewer-Sims and Dusty Mancinelli's incredibly intense revenge thriller Violation will move to AMC's Shudder streaming service in 2021. Just yesterday Violation was named as a part of the upcoming Sundance Film Festival's Midnight section next month, and following that US debut it will premiere to SVOD audiences later in the year through the Shudder's horror-centric streaming platform. No firm date has been given yet.

We saw Violation as part of TIFF and we completely shaken by its visceral approach to feminist revenge stories and with this acquisition, it looks to traumatize a whole new audience:

To call Violation a gut punch would be selling it short... Violation is a tremendous film, an absolute stunner that is as horrifically gruesome as it is necessary, and I'll be thinking about it for a long time.

Here are some of the details from Shudder:

SHUDDER ACQUIRES FEMINIST REVENGE FABLE “VIOLATION”
Madeleine Sims-Fewer and Dusty Mancinelli’s chilling debut feature to premiere exclusively on Shudder later in 2021;
Following international premiere at 2021 Sundance Film Festival
NEW YORK, NY (December 16th, 2020) -  Shudder, AMC Networks’ premiere streaming service for horror, thriller and the supernatural, has announced the acquisition of Violation, the debut feature written, produced and directed by Madeleine Sims-Fewer and Dusty Mancinelli, which will be released exclusively on the streaming platform. The bold and unflinching thriller world premiered to critical and audience acclaim at the 2020 Toronto International Film Festival, where Sims-Fewer was a recipient of the TIFF Rising Star Award, and is also an official selection of the 2021 Sundance Film Festival where it will make its international premiere. Shudder has acquired all rights for the U.S., UK, Ireland, Australia and New Zealand to premiere on its service in those territories later next year.
Violation is a turbulent feminist revenge fable that explores the idea of trauma within families and untangles a sticky web of resentment as a troubled woman on the edge of divorce embarks on a vicious crusade when her sister and brother-in-law betray her trust. Violation has been praised as a “visceral examination of the rape-revenge narrative,” (The Playlist) and “a smart, emotionally shattering piece of work” (RogerEbert.com). Highly focused on a naturalistic performance style and visual aesthetic, directors Madeleine Sims-Fewer and Dusty Mancinelli’s work explores gender politics, selfishness, and abuse of power.
The deal was negotiated by XYZ Films on behalf of the filmmakers and Shudder’s Emily Gotto.
“We could not be more thrilled to be working with Shudder. It is truly the perfect home for Violation,” said filmmakers Madeleine Sims-Fewer and Dusty Mancinelli.
"With Violation, Shudder introduces the tremendous voices of Madeleine Sims-Fewer and Dusty Mancinelli,” said Craig Engler, Shudder General Manager. “Violation is a fearless, unconventional revenge story, from which you cannot emerge unmoved.””

Do you feel this content is inappropriate or infringes upon your rights? Click here to report it, or see our DMCA policy.
Dusty MancinelliMadeleine Sims-FewerAnna MaguireJesse LaVercombeObi AbiliDrama