Blu-ray Review: Criterion Paints a PORTRAIT OF A LADY ON FIRE

Claire Mathon’s exquisite photography is worth a spot in the Collection all on its own. 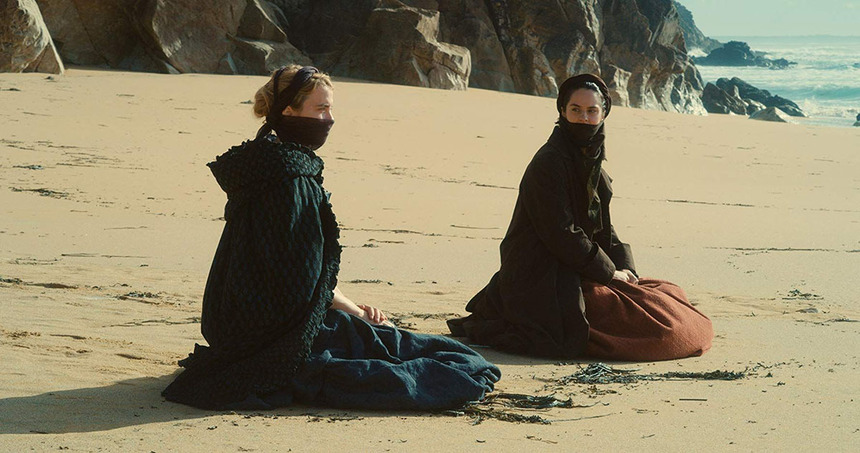 Have we changed how we see, or has what we see changed? Every few years I see a film that was captured digitally, and I'm thrown back to the early days of the format, when the proto-Christopher Nolans of the world would tell any interviewer they could get their hands on that electronic media could never match the supple qualities of film; and digital practitioners (far more quietly) wondered if there might be aesthetic languages in the realm of the pixels that celluloid's oil-painting methodology could never meet.

Neither side "won," exactly. If there is a second cinematic language buried within the digital filmmaking framework, directors haven't found it yet; and if film were once visually superior to digital, the differences between the two converged so conclusively that it's a rare audience who even notices anymore.

But I consistently wonder if it isn't that digital looks as good as film now, so much as that digital colonized our eyeballs in the twenty-odd years between Attack of the Clones and Portrait of a Lady on Fire; if it's that the tech caught up with our eyes, or if our eyes just learned to see past the tech.

In some ways, film suffers now in comparison to digital, rather than the other way around. Certainly, when I watch something now that was originated on film -- no matter how painstakingly restored -- I'm aware that film in its heyday was less precise, less dynamic, than we tended to think it was at the time. It's fuzzy, and the range is crushed, and digital can peer into corners that the greatest cameramen and women of the 20th century could never have lit in a million hours' of effort.

All of which is a long way of arriving at Céline Sciamma's Portrait of a Lady on Fire, which arrives as part of the Criterion Collection at spine #1034. The film, though, is so intrinsically bound up in sight and seeing -- and converges both subject matter and aesthetic to light a digital film that can only be described as "painterly" -- that the question of its capture medium almost seems part of the text.

In Portrait, that ability to see into dark corners, nighttime drawing rooms, candlelit midnight snacks, is as much a part of its visual strategy as its duelling image systems (fire, naturally; and storming, churning, crashing water), or the film's close-reading of Ovid's Euridice and Orpheus as a tale of love, memory, and choice.

In Portrait of a Lady on Fire, Marianne (Noémie Merlant) arrives at a remote estate to secretly paint the wedding portrait of Héloïse (Adèle Haenel), who is too angry at her arranged engagement to allow herself to be painted openly. This plot mechanic establishes an early sense of visual repression: Marianne must steal glances at her subject, who only reveals herself in increments over the course of the first act (a cloaked head; a fleeing figure; a pair of fierce, dangerous eyes).

Héloïse is watching Marianne, too, and Sciamma's keen sense of the two characters observing one another -- memorizing one another, learning every gesture and manner and curve -- fuels a tension both sensual and sexual that, of course, eventually overflows into one of the most spellbinding romances put on film in its decade.

Inquiring into the lost female painters of European history, Sciamma also conjures a landscape where women exist apart from, though still fettered by, men. Héloïse's threatened marriage constrains the plot; a pregnancy (involving an unseen suitor) fuels a subplot where Marianne and Héloïse converge around Sophie, the housemaid, to secure a secret abortion.

It's this creation of a tight community of women that I find the most enduring aspect of the film. It's a structure that reaches its zenith in Portrait of a Lady on Fire's signature visual and aural beat, as Sophie, Héloïse and Marianne encounter a group of local women singing around a bonfire, and Héloïse fulfills at least a portion of the title's destiny for her.

Portrait of a Lady on Fire has been mastered in 4K for this Criterion release, making it reference-disc-quality in its precise and faithful capture of the film's subtle indoor hues and wild, outdoor dynamics. Beaches blaze with light; waves shatter in crystal-blue shards; fireplaces roar and pigments transform into art before our eyes. Merlant's oversize green eyes nearly leap out of the screen, another startling visual trick, given the primacy Sciamma gives to Marianne's gaze, and her seeing.

An enthusiastic half-hour conversation between Sciamma and critic Dana Stevens opens the supplements, ranging from the all-important casting (Sciamma had worked with Haenel before, but had to find a Marianne to match her) to creating the portraiture featured in the film (the artist located, blindly, on Instagram). Haenel and Merlant also break down their process in a second featurette, while further features are given to Hélène Delmaire about the paintings, and cinematographer Claire Mathon about creating the look of the film.

It's only the latter that I found wanting; recorded in short snippets at Cannes in 2019, it doesn't go into nearly enough depth about what I'd call one of the most substantial artistic contributions to Portrait as a whole. (Mathon also lensed Mati Diop's Atlantics, which makes 2019 a hall-of-fame year for her.)

After announcing that they would be releasing Portrait of a Lady on Fire on Blu-ray, the Criterion Channel put Sciamma's first three features -- Water Lilies, Tomboy and Girlhood -- onto their streaming platform for the spring. I believe Tomboy has already been retired, but the others are well worth seeking out. It feels to me somewhat inevitable, also, that Sciamma's loose "trilogy" of coming of age will join the Criterion Collection proper before long. She is one of contemporary cinema's best artists. 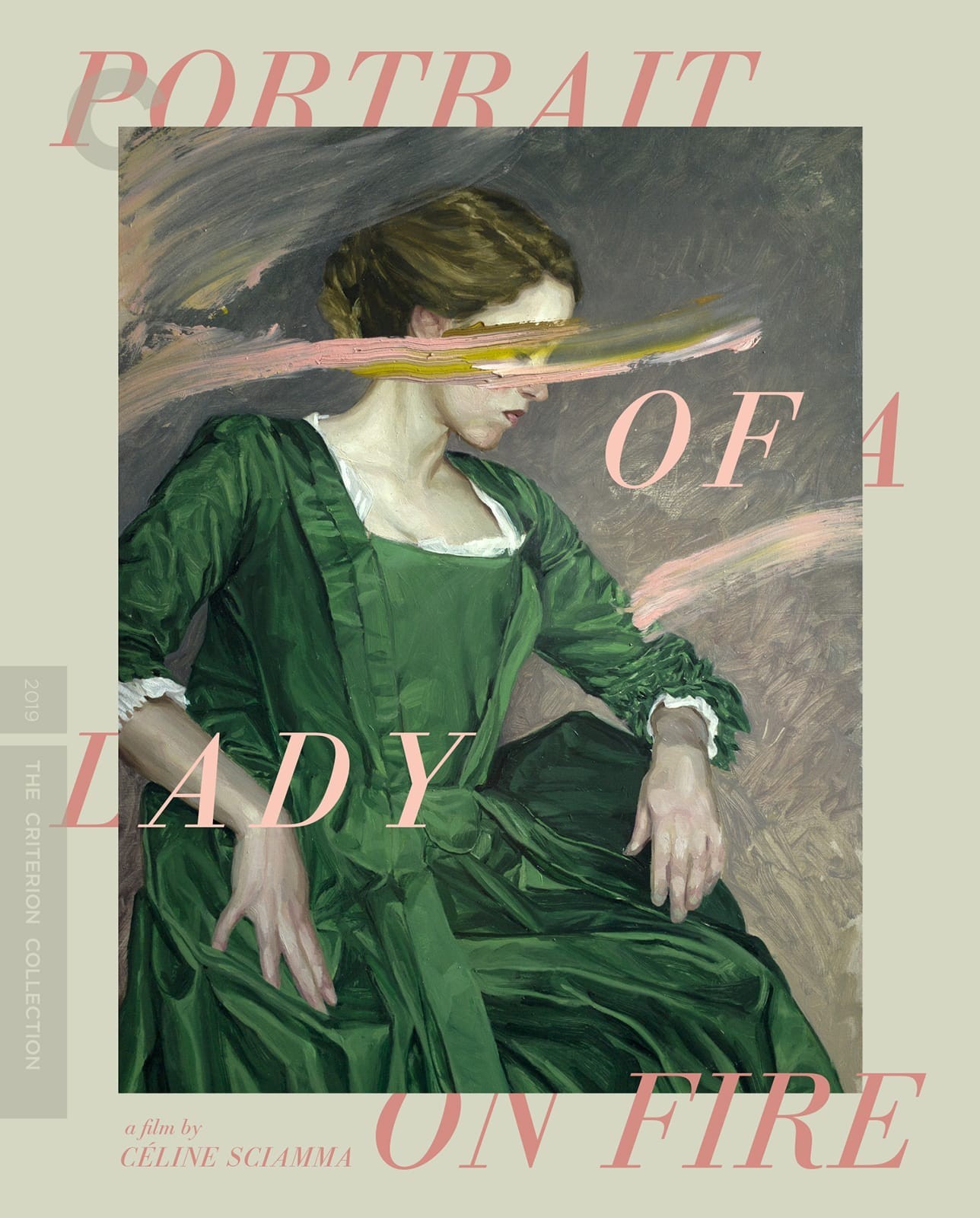 Do you feel this content is inappropriate or infringes upon your rights? Click here to report it, or see our DMCA policy.
Adele HaenelCeline SciammaCriterion CollectionNoémie Merlant