Now Streaming: PORTRAIT OF A LADY ON FIRE, When Certain Loves Could Definitely Not Speak Their Name 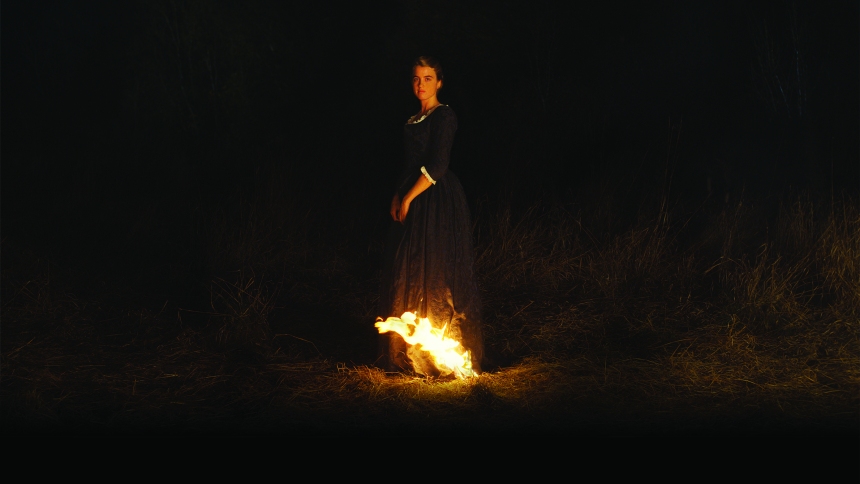 Rarely has there been a film title that was so apt in describing a film, and its maker.

Portrait of a Lady on Fire
Now streaming on Hulu.

After contemporary social dramas on queerness and gender identity (Tomboy and Girlhood), writer/director Céline Sciamma's star continues to rise as she deftly handles a classical period film with her eye, again, to identity and presentation, at a time and in a class system where certain loves could definitely not speak their name.

In 18th century Brittany, Marianne (Noémie Merlant), an artist, makes most of her limited earnings from painting portraits of the wealthy aristocracy. Her services are engaged by an Italian noblewoman (Valeria Golino), who needs an official portrait of her daughter Héloise (Adèle Haenel) before the daughter's marriage.

Except that it was originally Héloise's sister who was supposed to marry this much older stranger (purely for monetary and political reasons at the desire of her family), and her recent suicide has forced Héloise to take her place. Héloise is refusing the portrait (which means refusing the marriage), and so Marianne must keep her true work a secret, and instead pretend to be Héloise's companion, and draw only from memory.

Do you feel this content is inappropriate or infringes upon your rights? Click here to report it, or see our DMCA policy.
Adèle HaenelCéline SciammaFranceHuluNoémie Merlant