Now Streaming: INTO THE DARK: CRAWLERS, Switching Bodies Gets Bloody 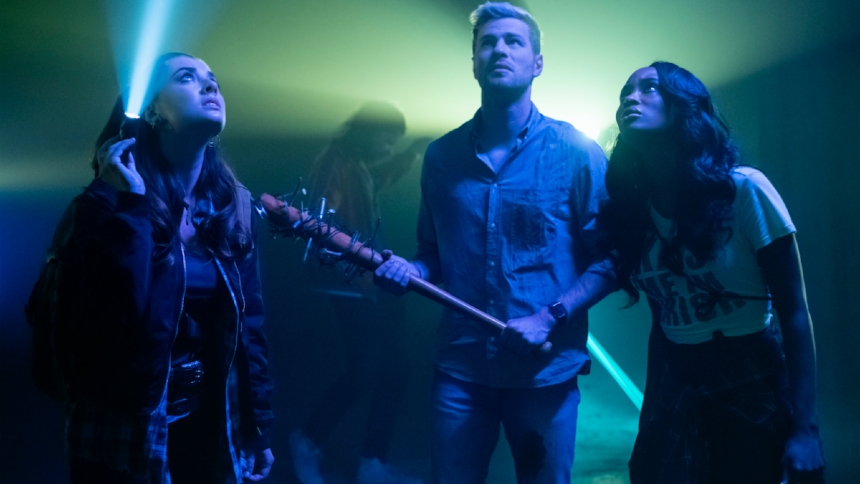 Into the Dark: Crawlers
Now streaming on Hulu.

When it comes to horror and Saint Patrick's Day in the U.S., leprechauns may be the first thing that comes to mind for horror fans.

If you are college-aged, however, alcohol and parties may be the first thoughts that pop up about the festive occasion, and that's the initial focus of Crawlers, the latest installment in Blumhouse Television's holiday-themed Into the Dark series on Hulu, in which a large, booze-soaked gathering serves as backdrop and taking-off point.

Crawlers begins with an introduction by a young woman (Giorgia Whigham), who sets up the fissure that has divided two friends (Jude Demorest and Pepi Sonuga). In narration, she also explains how a third young woman (Olivia Liang) has made things more complicated, before joining the scene in person. The narrative then expands to include one more fellow student (Cameron Fuller) before turning its full attention to its major horror/thriller element: body-switching aliens have invaded Earth!

All this is teased in bloody fashion during the opening scenes. Based on a script by Catherine Wignall and Mike Gan, director Brandon Zuck keeps things moving throughout with a minimum of fuss, bolstered especially by Giorgia Whigham, who plays a sage and sanguine character with buzzing energy.

Summing up: As a person with Irish heritage, I am accustomed to wincing frequently throughout any attempted "entertainment" that is supposedly tailored to Saint Patrick's Day. (If I ever wear green on that day, it's not intentional.) Crawlers did not make me wince, mostly because it's brisk, brusque, and cheerful. 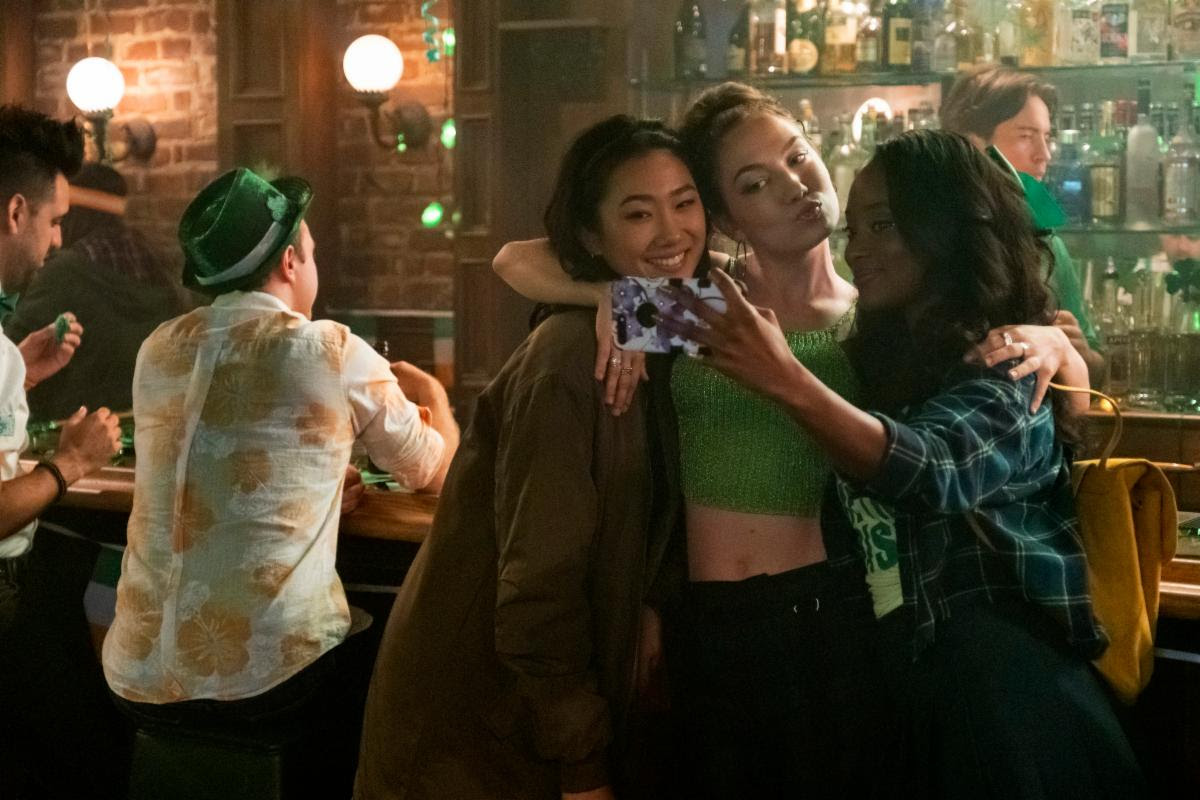 Do you feel this content is inappropriate or infringes upon your rights? Click here to report it, or see our DMCA policy.
Brandon ZuckCameron FullerGiorgia WhighamHuluInto the DarkJude DemorestOlivia LiangPepi Sonuga