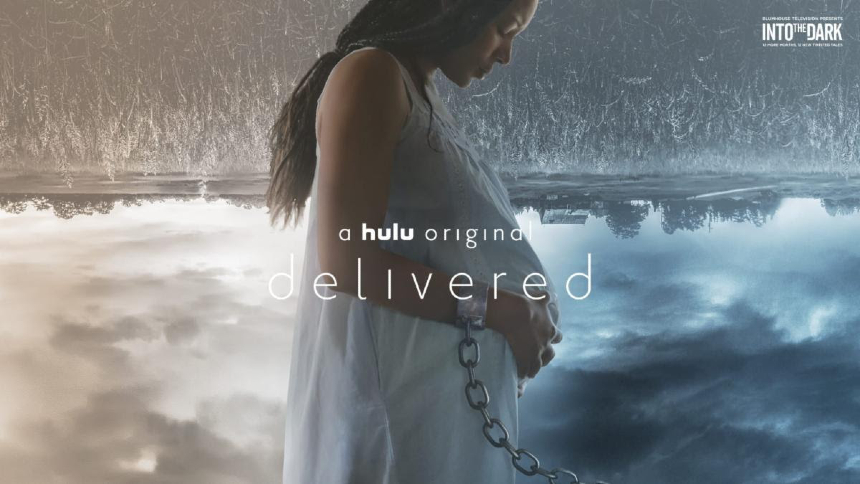 Someone once told me that if women fully recalled the pain of childbirth, they would never have sex again.

Delivered
A Hulu Original. Will begin streaming as part of the 'Into the Dark' series on Hulu on Friday, May 8, 2020.

Personally, I have long thought that Inside (aka À l'intérieur) nailed the coffin on pregnancy horror back in 2007. To quote Todd Brown, the founder and editor of this site:

"Alexandre Bustillo and Julien Maury's debut film is one of the harshest, most brutal and disturbing things to hit celluloid in recent years, an unrelenting cavalcade of pain and fear. It is an absolute bloodbath featuring some stunningly graphic imagery, imagery that shocks and chills to the core. It is also surprisingly classic in form, a film that nods to the masterful psychological thrillers of old and recognizes that true horror lies in the soul rather than outward behavior. Anchored by a pair of powerhouse performances from its female leads, Inside is a film that will stick with you well beyond the final frame."

Indeed, I well recall seeing the film at Fantastic Fest in 2007 during a midnight screening in a small theater packed with hardened, veteran gorehounds, an event which scarred itself into my psyche and left the attendees shaken.

Delivered is not Inside, nor does it even try to be, though its premise bears a slight similarity, in that it follows the mighty struggle between two women over an unborn child. Three weeks before her scheduled due date, Valerie (Natalie Paul) is understandably anxious about her pregnancy. She has been struggling physically and emotionally, either though her domestic partner Tom (Michael Cassidy) appears to be entirely supportive.

One day, Val and Tom meet the friendly, pregnant Jenny (Tina Majorino), who offers to cook them a meal in her rural home. They happily accept, only to learn that some invitations should be declined, lest one find oneself at the mercy of a woman who is not in full control of her sanity.

Written by Dirk Blackman, the story unfolds in a mostly predictable manner, so it relies upon the actors and director Emma Tammi to nudge the telling into its own distinctive territory. Tammi previously helmed The Wind (2018), which was written by Teresa Sutherland, who serves as a consulting producer on this feature. As our own Shelagh Rowan-Legg wrote in her review: "The Wind is a confident, thoughtful, yet creeping and powerful film, with well-earned jump scares and demons both real and possibly imaginary, enough to make you afraid of the dark and the emptiness of even the most beautiful places."

Bound by its premise and undercut by at least one unneeded twist, Delivered still establishes at atmospheric sense of place and proceeds at a deliberate pace, avoiding the easier jolts that might have been possible, while confronting the idea that the highly-disturbed Jenny might be a better mother than the stressed-out Jenny.

That might be the most frightening thought of all.