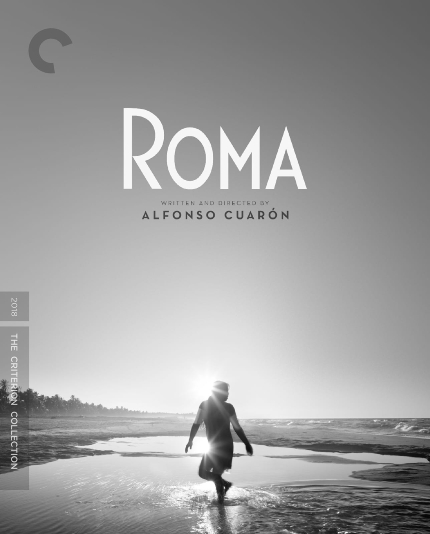 A rich variety of word cinema offerings are heading to home video next year, courtesy of the Criterion Collection.

In itself, that's not news, since the home video company has been offering well-curated delights from the world cinema scene for many years, always in exquisite packaging -- though, naturally, home video fans often quibble about the extras.

Alfonso Cuarón's Roma leads the releases planned for February 2020, and that is notable because the Academy Award-winning film has been available on Netflix since last year. That, in fact, was its distribution strategy: release it into select theaters first, then quickly get it streaming for wider consumption. And then, as with nearly all Netflix-produced films, say goodbye to a Blu-ray or DVD, disappointing those of us who prefer physical media.

In view of our worldwide readership, please be aware that the home video edition of Roma will be available from Criterion in the U.S., but you'll need to look for it on other labels worldwide: Unobstructed View in Canada, Sony Pictures Home Entertainment in UK/Ireland, and Warner Bros. Home Entertainment (Mexico, France, Italy, Germany and other select international territories).

Back to Criterion's worldwide releases next February, they also include other tasty fare, such as Paris Is Burning, a rare documentary film from the label; Teorama, from everyone's favorite, eyebrow-raising radical Pier Paolo Pasolini; Japanese filmmaker Teshigahara Hiroshi's Antonio Gaudi, described as "less a documentary than a tone poem"; and a triplex of efforts by Karel Zeman, a Czechoslovak filmmaker who combines live-action and animation to marvelous effect in Journey to the Beginning of Time, Invention for Destruction, and The Fabulous Baron Munchausen.

Visit the official Criterion site for all the glorious details, including specific release dates.

Do you feel this content is inappropriate or infringes upon your rights? Click here to report it, or see our DMCA policy.
Alfonso CuaronCriterionHiroshi TeshigaharaJennie LivingstonKarel ZemanPier Paolo Pasolini