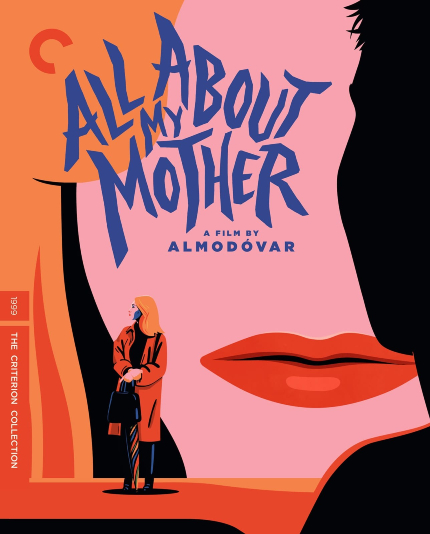 Pedro Almodovar is having a moment right now, thanks to his latest film, Pain and Glory. Our own Teresa Nieman says it may not be "as startlingly impressive" as his best works; perhaps she was thinking of All About My Mother (1999)? The Academy Award-winning melodrama stars Cecilia Roth, Penelope Cruz, Marisa Paredes and Antonia San Juan.

As it happens, The Criterion Collection will release All About My Mother on Blu-ray and DVD as part of its January 2020 quintet of titles. The 2K digital restoration is new, along with a new English subtitle translation. A documentary and a TV program are being ported over from a previous home video release, while a new post-screening Q&A will be included.

Provocateur supreme Jean-Luc Godard started making his sophomore feature, Le Petit Soldat, even before his breathless Breathless saw release, though I don't believe I've ever seen it. As it happens, I prefer Godard's earlier, more narrative-tied films over his experimental efforts -- heretic! heathen! -- so I am looking forward to seeing his first collaboration with Anna Karenina. The film is described as tackling "the most controversial subject in France" at the time (the use of torture in the Algerian War). Michel Subor also stars.

Speaking of my preference for narrative films, I've nearly always enjoyed films directed by Sidney Lumet, and I certainly love Fail Safe (1964), the nuclear nightmare that could still come true, and so I can describe my anticipation for this release as "high." A new interview with the film critic J. Hoberman, who knows a thing or two about that era's paranoia (read, for example, his book An Army of Phantoms), leads the features, which include an audio commentary from 2000 (featuring Lumet) and a short doc.

Less familiar to me is The Fugitive Kind (1960), an adaptation of a Tennessee Williams melodrama. The new edition doesn't appear to include any new features, so this Blu-ray is especially for those who like the idea of Lumet adapting Williams, especially with Marlon Brando powering things through.

Finally, we have the utterly delightful Holiday (1938) appearing on Blu-ray for the very first time in a new 4K restoration. I'm sure the disc will sparkle, but not as much as the splendid interplay between Katherine Hepburn and Cary Grant. It's a holiday when those two get together on the screen, a holiday for sure, I tell ya!

Visit the official Criterion Collection site for more information about each release.

Do you feel this content is inappropriate or infringes upon your rights? Click here to report it, or see our DMCA policy.
Criterion Blu-rayGeorge CukorJean-Luc GodardPedro AlmodovarSidney Lumet