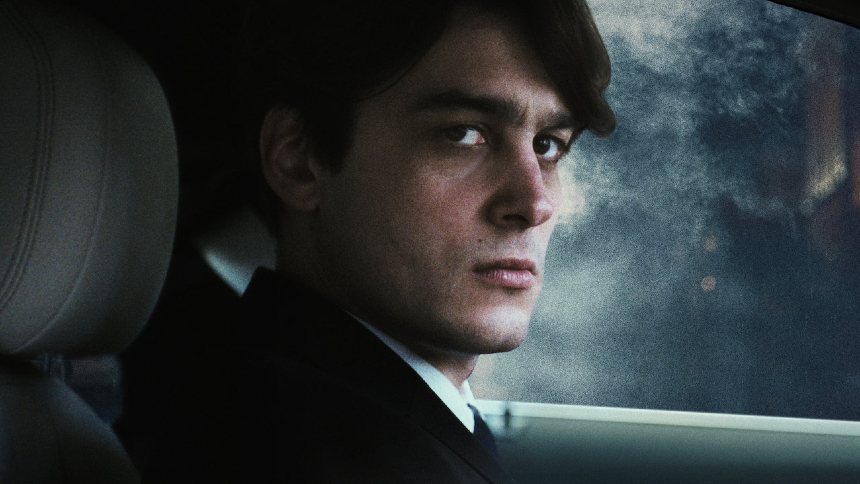 An aspiring novelist begins a job as a chauffeur at a turning point in his life.

Based upon his own original script, Jorge M. Fontana makes his directorial debut with a stylish drama that is mystifying.

The screenplay creates a framework in which the titular Boi (Bernat Quintana) can work out a few things in his life. An aspiring novelist, aged 27, he has moved in with his aged Aunt (Fina Rius) while he contemplates a recent break in his long-term romantic relationship. He begins a new job as a chauffeur by waking up late and then rushing to pick up his first clients at an airport in Barcelona, Spain.

Gordon (Adrian Pang) and Michael (Andrew Lua) are businessmen from China. The older of the two, Gordon, is preoccupied with his phone, perpetually frowning, and consistently demanding; the younger Michael is curious about the city and peppers Boi with questions.

Retained for the length of their stay in Barcelona, Boi is expected to be polite and courteous to the clients, but his mind is elsewhere, brooding about his girlfriend. As a relief valve, he keeps a notebook and talks out poetic descriptions of whatever he's feeling and/or observing and/or reflecting upon.

Thus passes much of the film. In their marketing, Netflix describes it as a thriller, but it's much more a dramatic character study of Boi as he drives and broods and copes. I kept waiting for action, or thrills, or something more than driving and brooding, and that's not what this movie is about. Rather, it's the driving and brooding that is the point of the picture, even though the third act makes a slow turn into a deeper mystery and a degree of action.

(Necessary spoiler: dog lovers may want to skip this one because of what happens in the third act.)

The performances are fine, in harmony with what is called for in the script. The direction takes sway, and Jorge M. Fontana shows he has good ideas for putting things together visually in an attractive manner, as photographed by Nilo Zimmerman.

For me, the real star of the movie is the bouncing, jazzy musical score by Pablo Díaz-Reixa. More of that, please.

Summing up: Lightly enjoyable, especially for fans of Barcelona, the city and its people.

Do you feel this content is inappropriate or infringes upon your rights? Click here to report it, or see our DMCA policy.
Adrian PangAndrew LuaBernat QuintanaJorge M FontanaNetflixSpain