Notes on Streaming: Chinese PEGASUS, Not So Fast and Furious 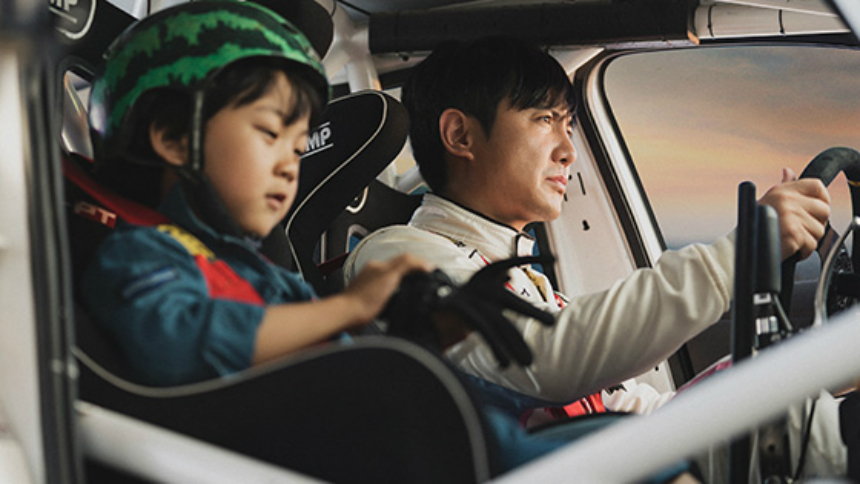 The latest installment in the wildly successful franchise about wild automotive abandon, The Fate and the Furious (2017) became the highest grossing imported film in Mainland Chinese history. Naturally, success breeds imitation, in China and elsewhere.

Written and directed by Han Han, Pegasus tells the story of champion driver in search of redemption. Zhang Chi (Shen Teng) achieved success early, winning rally-car races throughout China and becoming champion for five years. Then he fell, committing an act of illegal racing, received a five-year suspension, and lost all his sponsors.

Now the sentence is up and he wants to race again, but he needs to make up for lost time with his co-driver, his chief mechanic, his sponsors, his chief rival, and, most of all, his son, a boy who was abandoned on his doorstep without any indicating of his true parentage.

Zhang Chi is also wildly arrogant, so he will need a good lesson in humility. Well, more than one good lesson, to be frank, since he has evidently never been anything less than a self-involved, cocky, arrogant bastard himself.

The first half of the movie is played completely for laughs as a broad family comedy before it transitions briefly into a drama, as Zhang Chi slowly begins to acknowledge his need to change, and then shifts gears into racing action, as the country's premiere event is held, featuring dozens of cars racing through awesomely wild and sometimes breathtaking terrain on a race against the clock, as they each try to better the previous racer's time on the course.

The Fast and Furious influence is more evident in the racing portion of the film, which passes by in a blitzkrieg of images, to the point that it's difficult to discern what or how the racers will surpass each other.

Summing up: Once you get through the comedy, it's great fun, finally, to watch the race, as much for the landscape as anything else, because by the time Pegasus heads to the finish line, it runs out of gas.

Do you feel this content is inappropriate or infringes upon your rights? Click here to report it, or see our DMCA policy.
ChinaHan HanMainland ChinaNetflixPegasusShen Tang