Notes on Streaming: RILAKKUMA AND KAORU From Japan, POSSESSION From Korea

I'll be looking more closely at Netflix's wealth of non-English language titles in the next few weeks. The company claims more than 149 million paid subscribers, of which a majority (88.6 million) live outside the U.S.

As a genre fan living in the U.S., I've found that many of the most intriguing titles in the past couple years are the ones that originate outside the country, either licensed by Netflix or self-produced. Perhaps because they are primarily targeted at audiences outside the U.S., relatively little coverage is afforded these titles, so I'll be primarily looking at genre-friendly, feature-length movies and international TV shows.

Here are three shows from Asia that have debuted globally in recent weeks.

In contrast to animated workplace series Aggretsuko, which I loved, Rilakkuma and Kaoru appears to be far more gentle and aims for a much younger audience.

Still, it's appealing because it's main character, Kaoru, tries to make the best of her situation in life. She's become a senior staffer at her place of employment and so feels more responbility to help her younger co-workers, yet she is also dealing with anxienties of being a twenty-something woman in a marriage-conscious society. She's aware that her friends have gotten married, started families, or moved away, and she is feeling increasingly isolated.

That may explain why she talks to three furry stuffed animals in her personal life. Does she have greater personal agency later in the series? Each episode runs just 15 minutes or so -- 13 in total -- which makes them easy to binge and altogether pleasant to contemplate watching more.

Summing up: Through the three episodes I've enjoyed so far, Kaoru comes across as a winning, extremely modest person, and it's easy to recommend the show, even for families with younger children.

Yikes! The first 15 minutes of the first episode look and sound like any typical serial-killer movie of the late 20th century before morphing into a more relaxed, even comic series that looks more like the trailer, which you can on Netflix itself, since I can't find a proper embeddable trailer. Although the service has rated the series TV-14, beware of that early, potentially disburning content for younger viewers.

The setup is that a male police detective teams up with a female psychic who has always tried to hide her abilities. Together they solve a big case. The dyanamic sounds familiar, though as always, the proof will be in whether the premise can be sustained, especially in giant-sized episodes. All episodes are currently available, but I suspect that this will play better on a weekly basis.

Summing up: Each of the 16 episodes run more than an hour, and that variety of style/approach variety will hopefully bear fruit over the course of the series.

My personal tolerance for wackiness may have been exceeded by this series, which just struck me today as ... trying too hard, I suppose.

Six new employees at a Japanese television show try to distinguish themselves with their own unique talents, exposing Hanako as lacking any such individuality and, well, that's as far as I made it -- 12 minutes and I realized the series is not for me or my particular sense of humor. Eek! 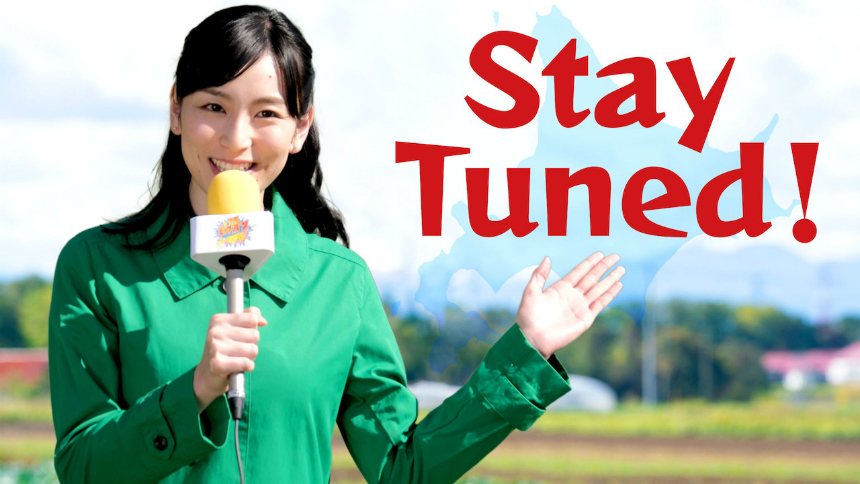