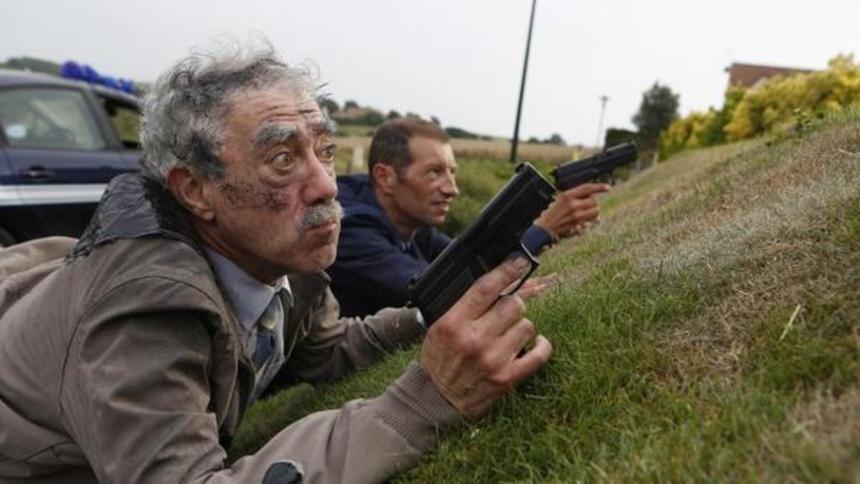 French director Bruno Dumont, whose last outing was the rock-musical Jeannette, the Childhood of Joan of Arc (read the review), will be honored with Pardo d'onore Manor, a lifetime achievement award by the Locarno Film Festival.

"His films are deeply rooted in philosophical, literary and film tradition and yet are forward-looking at the same time; they are the best possible riposte to those who claim that the cinema has nothing left to discover," says Carlo Chatrian, Locarno's artistic director. "His films are essays on men and women, on the absurdity intrinsic to existence, but also on the eternal problem of evil. They are also exhortations not to cease thinking about such issues, even when the noise from the images all around us becomes deafening."

At this occasion, the festival will also screen some of Dumont's previous films. Dumont will also introduce as a world premiere his newest offering, a sequel miniseries to the weird delight Li'l Quinquin (read the review), CoinCoin and the Extra Humans, at Piazza Grande, an outdoor 8000-seat Locarno venue, on August 4.

Here's the official synopsis : "Quinquin is now a grown-up and goes by the nickname of CoinCoin. He hangs out on the Côte D'Opale and attends meetings of the Nationalist Party with his childhood friend Fatso. His old love, Eve, has abandoned him for Corinne. When a strange magma is found near the town, the inhabitants suddenly start to behave very weirdly. Our two heroes, Captain Van Der Weyden and his loyal assistant Carpentier, investigate these alien attacks. The Extra-Human invasion has begun."

Do you feel this content is inappropriate or infringes upon your rights? Click here to report it, or see our DMCA policy.
Bruno DumontCoincoin and the Extra HumansFranceLi´l QuinquinLocarno 2018miniseries