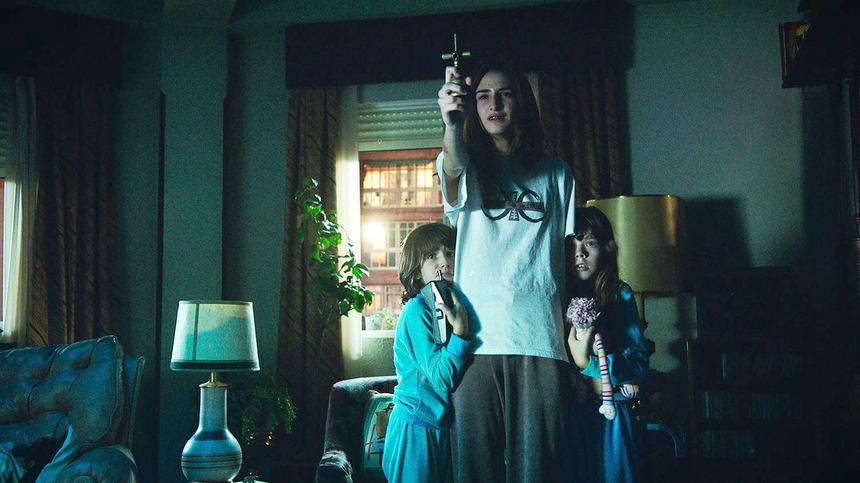 Last week I wrote a column praising [REC], the seminal Spanish horror film, and one that I believe kickstarted the entire found footage sub-genre as we know it today.

Well, now [REC] is back in the news, this time as it relates to Netflix's latest surprise debut in Paco Plaza's latest Ouija shocker, Veronica, which dropped on the streaming service today. Thanks to Bloody Disgusting for alerting us to this.

Veronica is about a young woman (Sandra Escacena) who must protect her younger brother and sister after she attempts to bring back the spirit of their dead father through an Ouija ritual.

Our own Shelagh Rowan-Legg saw the film last fall at the Toronto Film Festival. She expressed her reservations, though she also acknowledged several good points. So, it sounds like it may be a mixed.

Still, I suggest you watch the trailer below and then check it out on Netflix at your convenience. (Man, I love the future.)