The Anatomy of 2017: World Cinema and Stand-Out Shows 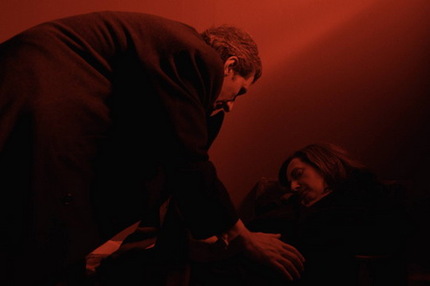 2017 once again confirmed that there is too much of everything, and that´s why quality cannot be properly assessed—quantity prevents the process (and it is does not really matter whether 3,000 or 6,000 feature films were produced annually). The fairly limited capacity to empirically experience produced audio-visual content is further mitigated by distributional infrastructure and policy, promotion and marketing efforts, and last but not least by taste and will. Thus, the following is not in any way a hierarchization of production based on aesthetic qualities, but a humble enumeration of titles that made a lasting impact (no matter its nature) on such fickle psychic processes as memory.

This year, Locarno introduced the first feature directing effort by Georgian filmmaker Ana Urushadze, Scary Mother (read the review), with a similar panache as it introduced Ralitza Petrova´s striking debut Godless (read the review) the year before. Urushadze harnesses the poetics of Eastern-European social realism warped into a civil form of surrealism for a „coming-of-gender“ film about a revolt, art, paranoia (maybe even a schizoid paranoia), and the determination to do not succumb to the expectations of others, no matter how close they are. 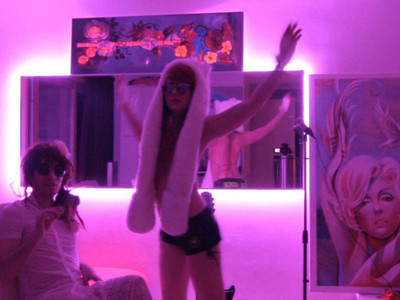 Another gem of 2017 is a fragment: Craigslist Allstars, from the docu-reality gesamtkunstwerk The Stranger Project, by the young artist Samira Elagoz. She uses dating apps to meet random men in front of her camera, thus creating an unorthodox social experiment that blurs the line between documentary and fiction due to Elagoz´ regulation of exhibitionism and voyeurism. What might look like a resurrection of mondo documentary in the virtual age turns out to be more than just a pandemonium of eccentric characters pulled out of the depths of the internet. Elagoz offers a plastic depiction of machismo, loneliness, male stereotypes, and identity curated by dating apps—female and male gaze included.

Yorgos Lanthimos and Efthymis Filippou joined forces once again with Colin Farrell in The Killing of a Sacred Deer in a bid to furnish an Attic tragedy for modern times. Imbued with black humor and Lanthimos´ deadpan absurdist poetics, yet considerably less weird than his previous efforts. The Favourite and On Becoming a God in Central Florida, a television dramedy produced by George Clooney, remain awaited in 2018. Lanthimos directs, Filippou will be absent for both accounts.

Brazil had a very successful run on the festival circuit this year. Juliana Rojas and Marco Dutra as a writing-directing doublet intrigued with a fairy tale for adults, Good Manners (read the review). A sort of male take on Carrie —despite being partly indebted to Rosemary´s Baby with an innocent dose of Julia Ducournau´s Raw (read the review) and Mary Shelley´s Frankenstein —Good Manners bears del Toro´s fascination with fairy tales and de la Iglesia´s toying with genres, packaging a message of equality and accepting difference, in this case non(hetero)normative.

The Mexican filmmaker Amat Escalante shifted from naturalistic extreme violence of Heli towards a crossover of Lovecraft and social drama while pandering on human sexuality and libido in The Untamed (read the review), and it was a very beneficial shift. The impressive debut by Polish emerging talent Jan P. Matuszynski The Last Family belongs to the previous season, but it was unveiled in many countries only this year. More than anything else, The Last Family reflects the triviality of death, de-mystifying the end of human existence. Just after that, the film is an intimate probe into the life of the dysfunctional family of Polish surreal painter Zdzislaw Beksinski—a biography they would not be much inclined to. However, Matuszynski demonstrates a civil grip on a family of eccentrics.

A gift from the other world: unfinished project by Chilean maestro Raúl Ruiz from 1990, La Telenovela Errante, completed by his wife Valeria Sarmiento. A farce in several sketches. absurd humor and surreal flourishes in twisted variations on soap opera conventions.

In a year without a film (or a book, or a graphic novel) by Alejandro Jodorowsky, a Jodorowsky band-aid can be found, and in 2017 it is Rey by Niles Atallah. The film bears the equal measure of mystification as Jodorowsky´s efforts, bound by magic/paranoid realism. Atallah has a penchant for cinema fetishism, leaving the film stock to deteriorate physically and then applying a variety of filters to forge a celluloid hallucination.

Docu-mythic endeavor Meteorlar (read the review) by Turkish filmmaker Gürcan Keltek combines found footage archived as it was streamed in real time during a local conflict whose casualties exceed its local scale in a dramatic, authentic, and naturalistic rendering of facts and myths.

Czech cinema had one of its weaker year in terms of production, which is bound to change in 2018 with a handful of titles ready to roll out on the festival circuit starting with Švankmajer´s Insects (read the news) at Rotterdam. However, the lack of quantity was compensated in the quality of the emerging filmmaker Václav Kadrnka, whose sophomore feature The Little Crusader, a metaphysical medieval road-movie based on a myth of children crusades, carries on his formally challenging oeuvre.

Besides alternative facts and the alternative right, 2017 was also a year of alternative comedy. From Dadaistically scatological folds of a cloaca of alt-comedy gushed surrealo-dystopian mindfuck Kuso, preserving political statement under a thick coat of abject absurdity.

The year 2017 was, of course, the year of peak TV (again) and, naturally, Peaks TV. David Lynch and Mark Frost revisited favorite characters from a town on two hills, and Lynch did not have to limit himself to the barriers of television convention. He elegantly evokes his previous works from Eraserhead to Inland Empire in this 18-hour stroll through his own mental gallery. More to come with Twin Peaks: A Limited Event Series („Over 6 hours of never-before-seen special features including 80 minutes exclusively on Blu-ray“).

When it looked like the docu-reality format and reality comedy could not cannibalize more from themselves, a messiah appears and redeems the whole genre and format: Nathan Fielder. He redeemed the docu-reality format in a satire on recent economic configurations of late capitalism, not only as a reality comedy that resisted compromising attempts from amateur detectives on Reddit, but also as performance art that is perhaps too conceptual to be real or too real to be conceptual in Nathan For You. Season 4 wrapped with a magnificent 2-hour finale. Hopefully, there will be more to come despite the humongous amount of work that goes into a twenty-minute episode (allegedly, the six-episode run of the fourth season took two years). 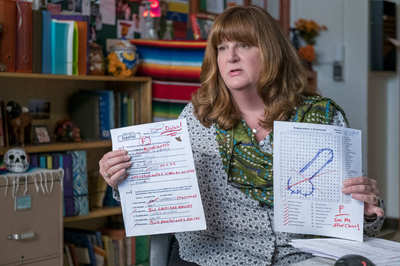 What quality TV year could it have been without Netflix? The discreet charm of graffiti dicks in mockumentary series American Vandal was, despite or perhaps thanks to the premise, a surprisingly smooth, bingeable cruise. A procedural documentary pastiche doubles as a high school themed coming-of-age, crowned by a bitter finale of one´s stigmatization and stereotypical pigeonholing within a society/community.

Jill Soloway’s steady work on Transparent remains a staple of contemporary television. However her side-project I Love Dick tackling different angles of feminism (among others) is one of this year´s refreshing viewing experiences and a great example of how to monetize on a burnt-out career (author of the book the show is based on, Chris Kraus) Tig Notaro´s second season of her heartfelt semi-autobiographic dramedy One Mississippi, equipped with charming dreamy digressions, lingers among the 2017 crowd along Maria Bamford´s delightfully weird comedy show Lady Dynamite.

One cannot rob Mr. Mercedes of its plot drive and the delightful performance of Brendan Gleeson and his accent as old-school ex-detective. However, there is too much King on the small screen and far too little Philip K. Dick. Praise for Philip K. Dick´s Electric Dreams, an hors d´oeuvre leading into season 4 of Black Mirror, which we can enjoy and cherish on December 29 since mankind did not perish in a nuclear holocaust during 2017.

Retromania and nostalgia kept washing over audiences throughout 2017 and the right wash fly from a galaxy far, far away from three million years in deep space on a mining ship Red Dwarf. Doug Naylor still has a handful ideas and scripts in drawers that have kept the hapless crew of misfits wandering the black void since 1988 and kept the original cast for three decades. Better to smoke some kippers up front, since more smeghead hijinks will be coming in the season XIII.

The League of Gentlemen continues to innovate the small screen. Reece Shearsmith and Steve Pemberton prevail to keep the bar high enough, and even in its third season Inside No. 9 (read the review) shows no traces of fatigue. More to come in January as Inside No. 9 returns for season 4. On the note of returns to wicked small towns, Twin Peaks was not the sole revered comeback of 2017. A local show only for locals in Royston Vasey marks a three-night-stand only after almost two decades, and The League of Gentlemen season 4 did not lose an ounce of its magic. 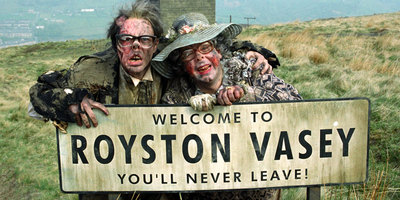