Fantasia 2017 Review: NOVEMBER, The Beautiful and The Grotesque Intertwine 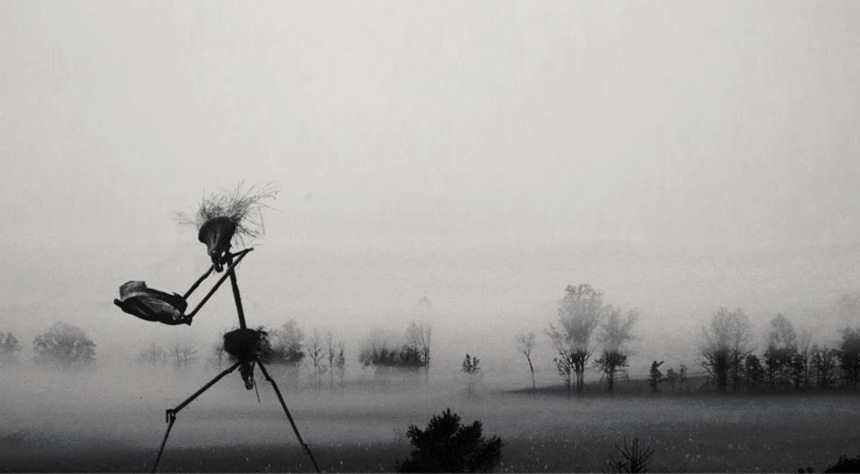 Thomas Hobbes' famous saying that the life of man is "solitary, poor, nasty, brutish and short" could have been the mantra for the life of the characters in Rainer Sarnet's November. Luckily, the film itself is fantastical, strange, beautifully shot, wonderfully acted, and just the right amount of weird to give us this strange fairy tale that we feel it's a world we might have inhabited in a past life.

Based on a bestselling Estonian novel, November is set in the 19th century, in a small rural community. Liina, a teenage girl, lives her with her father and their 'kratt', a sentient creature made of spare tools, rags, and bones, which can perform simple tasks and has been given a soul by the devil. Liina is in love with Hans, but he is in love with the Baron's daughter; this love triangle forms the centre of the odd world, filled with people who constantly steal from each other, the old man to whom Liina's father is trying to marry her off, a sleepwalking rich girl, a werewolf, bullets made of communion wafers, and a general insanity that comes with the nasty brutishness of a poor, desperate existence.

This folktale weaves out the strange distortions of reality in a particular way found in this part of the world: in the midst of the cold and snow and mud, the grotesqueries of ugliness and beauty align: Liina decorates her dirty face and ragged clothes with a silk headscarf; the dead occasionally walk among the living, white and regal amidst the mud; a wolf snarls while dancing across the landscape. Neighbours have no qualms about stealing from each other, but their (often toothless) smiles in victory are radiant.

Sarnet and cinematographer Mart Taniel create these magical visuals in glorious monochrome, emphasizing the magic realism; though this is the magic of the cold and the outcasts, though subjected to the whims of the natural world so much that a deal with the devil (like a crazed cousin of Santa Claus) seems worthwhile. And all the while, the kratts move across the landscape, symbols of the story: rough and mechanical, magically conjured yet practical, full of desire, rage, made of the things of human life and work.

Dark, dank, cramped interiors are set in contrast against the wide snowy landscape; the moments of opulence, such as it is, in the Baron's house, as just just as strange as the outside world. Indeed, to the characters, nothing is strange; cut off from most of civilization, this is their existence, and they accept it, and each other, even as they bite and claw in their attempt to survive.

A fairy tale, a cautionary tale, a magical dreamland, a dark comedy, a feverish yet cold nightmare ... November combines and defies many categories, and it's best not to give too much of its magic away.

Do you feel this content is inappropriate or infringes upon your rights? Click here to report it, or see our DMCA policy.
Dieter LaserFantasia 2017Jörgen LiikKatariina UntNovemberRainer SarnetRea LestTaavi Eelmaa