Locarno 2017 Review: METEORS Exhibits A Poetic Side of Docu-Fiction Hybrids 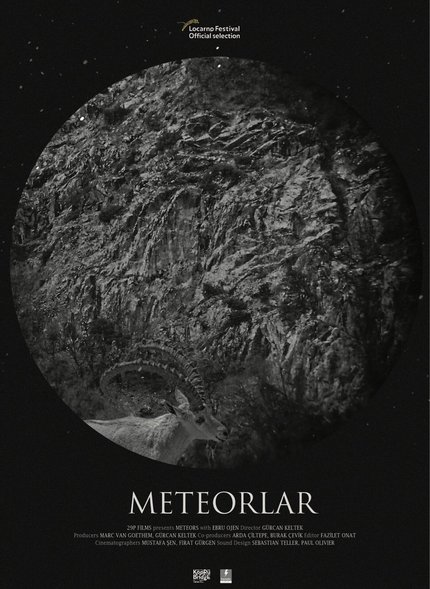 A Dutch digital design collective operating under the moniker Metahaven created a radical offering of documentary, or better to say futuro-docu, in The Sprawl (Propaganda about Propaganda) back in 2016.

It postulated that the internet has become a critical disruptive power to influence the geopolitical situation, along with providing a unique experience of a paranoid digital trip, brimming with glitch-art and memes.

Doubtlessly a subversive low-blow to the mainstream news, The Sprawl demonstrated vividly the confines of news reports and the perplexity of the current political situation that simply cannot be embraced in a 120-second clip. The treasure chest of smartphone clips from war zones and places under strong political ideology enumerates the sheer number of events that went unreported by major news outlets, and not by coincidence.

Turkish director Gürcan Keltek has created a similarly politically-tuned offering in Meteors, shining the spotlight on mainstream news and then plunging into obscure corners as Turkey became a political pressure cooker. Formally, Keltek chose a less radical style, opting for a docu-essay format of political commentary shot in monochromatic black and white, digressing to local mythology, and conjuring up a phantom of a fiction film.

The digital age brings many peculiar and unprecedented events, such as the one that captivated the director and eventually led to Meteors, one-shot, hour-long clips of Turkish streets or neighborhoods appearing on the internet and then vanishing. The clips came from locations stricken by conflicts which were not covered by the media, so the experience became even more haunting.

Meteors is a patchwork of those audiovisual fragments, along with Keltek's own footage shot on disintegrating streets, recording unflattering yet important testimonies. Actress and writer Ebru Ojen provides a voice-over narration, reading passages from her latest novel The Vaccine along interviewing people, mostly children, about the ongoing proceedings as she experiences the lockdown of a city on her own skin.

Besides the thwarted coup and engagement in Islamic State situation, the domestic affairs of Turkey do not circulate the news; however, Keltek encapsulates a rather obscure, albeit not trivial, operation designed to dismantle Kurdistan Worker's party with the help of 10 000 troops and six generals. The event went unreported within the country, as people became trapped inside their dwellings without being properly informed of the conflict and its process. Keltek mentions that several journalists were fired for an attempt to report on the situation.

Meteors thus takes on the role of an organic archive, a capsule storing authentic images from the ground before they become wiped out from individual memory; not the actual conflict but its signs (for example gunshots) and imminent consequences. The film, beyond its artistic merits, serves as a collective prosthetic memory, securing what some would prefer to fizzle into the ether.

The armed conflict and curfew coincides with an extravagant meteor shower, yielding a superstitious pagan belief in older citizens about gods interfering in the conflicts and dealings of earthlings. Keltek uses the pagan belief as a framing, opening the film with a long chapter about hunting for wild mountain goats, once revered as holy creatures.

Meteors doesn´t shock the senses as The Sprawl does through its cyber-hallucinogenic imagery. Keltek grasped the material in a slow-burning, more contemplative take, in some chapters even resembling the approach of so-called slow-cinema, while laying a parallel strand of non-figurative images as a counterpoint to audiovisual fragments of the conflict´s fallout.

Unlike Metahaven´s full frontal and subversive attack, the Turkish director adapts a methodological approach from the documentary side of the film, inkling towards a figurative style, visually and narratively. The outcome becomes yet another iteration in the currently proliferating marriages of documentary and fiction form, although Gürcan Keltek manages to conceive a unique structure from the established ingredients, a documentary living a second life or afterlife as a fiction film, yet preserving the same amount of impact in both incarnations.