A true story comes vividly to life, thanks to director Greg McLean and star Daniel Radcliffe. 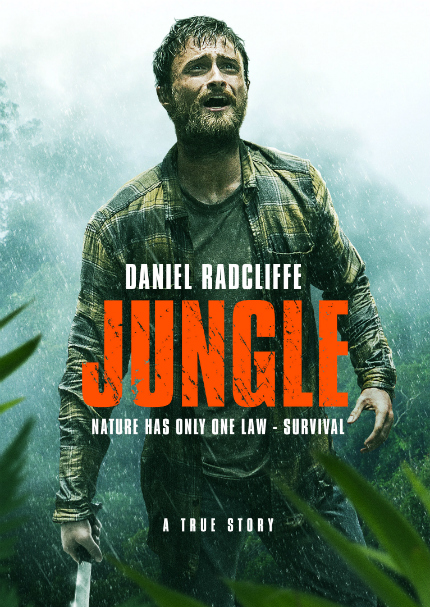 First comes sheer human panic, then the growl of a wild animal.

Seeking change in his life after completing three years of service in the Israeli Navy, Yossi Ghinsberg (Daniel Radcliffe) ends up in Bolivia, South America, in search of further adventures. He befriends fellow backpacker Marcus (Joel Jackson), and a bit later they run into Kevin (Alex Russell), a veteran photographer who may be Marcus' best friend.

The three get along well and are soon fast friends. Yossi shows his philosophical side when he spends a little quiet time -- including a trippy psychedelic drug trip -- with a soulful backpacker named Amie (Lily Sullivan), whose presence is soon missed.

Arriving in the mountainous city of La Paz, Yossi attracts the attention of Karl (Thomas Kretschmann), an experienced Austrian who is planning an expedition to uncharted regions of the Amazon jungle in search of a lost tribe ... and to pan for gold. He offers to serve as a guide to Yossi and his friends in exchange for a small sum of money.

Marcus was ready to return to his life as a schoolteacher in Switzerland, while Kevin was prepared to travel elsewhere, but Yossi's enthusiasm and the intriguing aspects of Karl's expedition sway the men and they head off into the deep jungle.

While the three friends initially remain quite collegial with each other, Karl is a wild card. Sometimes he's quite supportive, while other times he speaks in a rough and belittling manner. He's like a stone in the shoes of Yossi, Marcus and Kevin, increasing friction between them ever so slightly.

In an isolated scenario, though, even slight friction can be amplified, especially since the three younger men have placed their trust -- and, really, their lives -- into the hands of an unpredictable stranger. Nothing is too over the top, but the atmosphere begins to shift, and an immense jungle filled with untold dangers is not where anyone wants that to happen.

Director Greg McLean first became known for the uncompromising violence in Wolf Creek, also inspired by a true story, and followed that up with the quite good 'giant crocodile' survival tale Rogue. Six years passed before Wolf Creek 2 and its merciless shift in tone, and then The Darkness proved to be a bit of a disappointment, though I still enjoyed it more than most.

McLean hit his stride, though, with The Belko Experiment, based on a superb early script by James Gunn, and now Jungle shows his continued evolution as a filmmaker. Television veteran Justin Monjo wrote the script, based on Ghinsberg 's book, and McLean brings it vividly to life on the screen.

Reflecting McLean's first collaboration with director of photography Stefan Duscio, the film looks absolutely gorgeous, while never stinting on the occasionally gruesome, often fearsomely filthy wear and tear of the characters and their environment. Working again with film editor Sean Lahiff, the pace moves in an inexorable fashion, though the third act could conceivably be tightened up a bit.

The third element that helps build the gradually escalating tension is the original musical score by Johnny Klimek, who has often worked with McLean. The music favors minor chords but avoids cliches, which helps make it all the more effective.

Radcliffe must carry a fair portion of the running time on his own, and he's such a likable presence that it's always a pleasure to watch him, even when his character is suffering horribly. As depicted here, Yossi is someone who recognizes that he is the least experienced and, perhaps, least capable among the four men. With the passage of time, he manifests amazing resilience and determination, far beyond a basic survival instinct. Still, he remains aware of his own limitations, and with good reason.

Jungle represents Greg McLean near the top of his directing game, matched by Daniel Radcliffe as a lost soul who is anything but hopeless.

Via Momentum Pictures, the film will open in select theaters and On Demand/Digital HD on Friday, October 20. 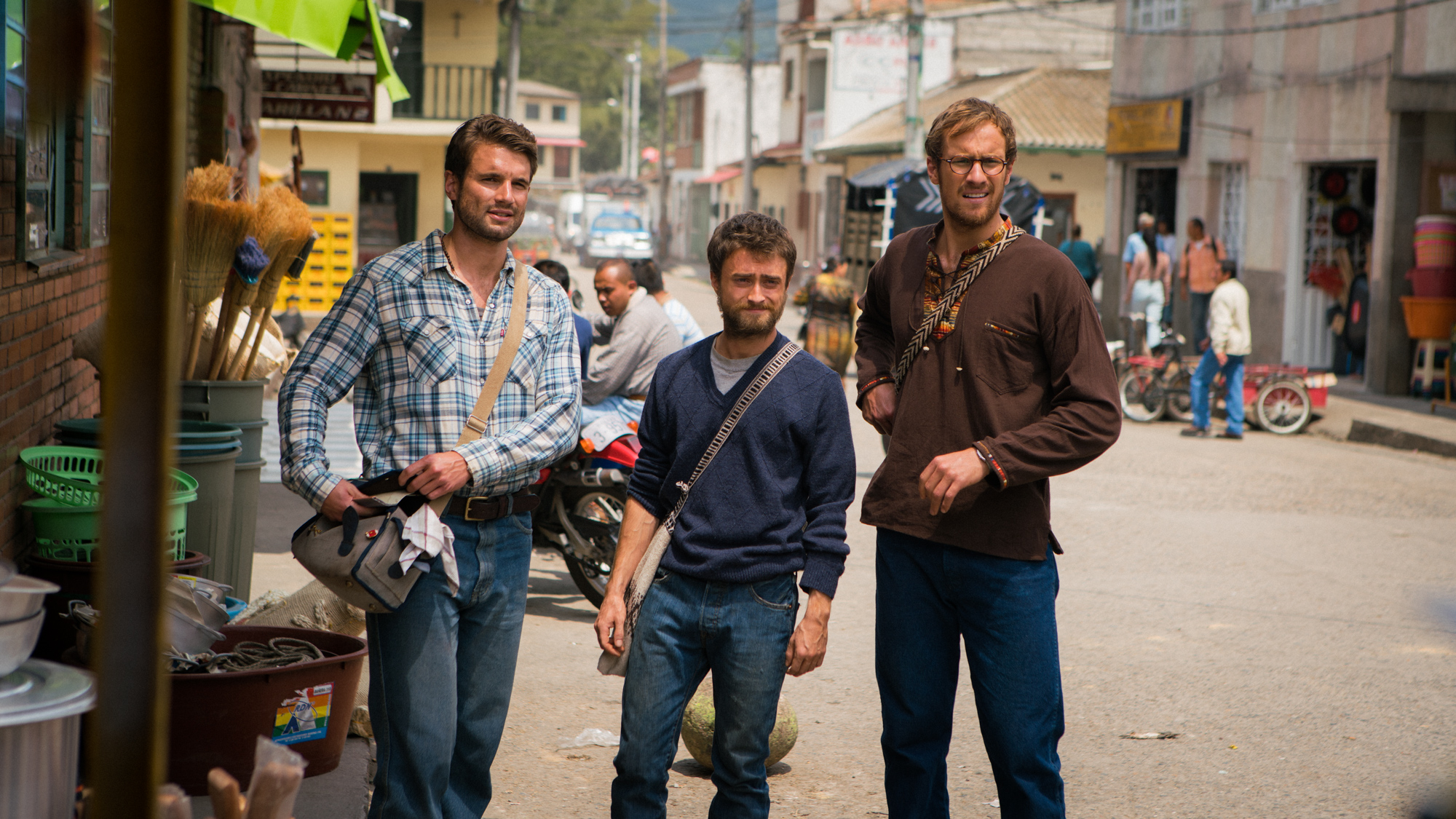 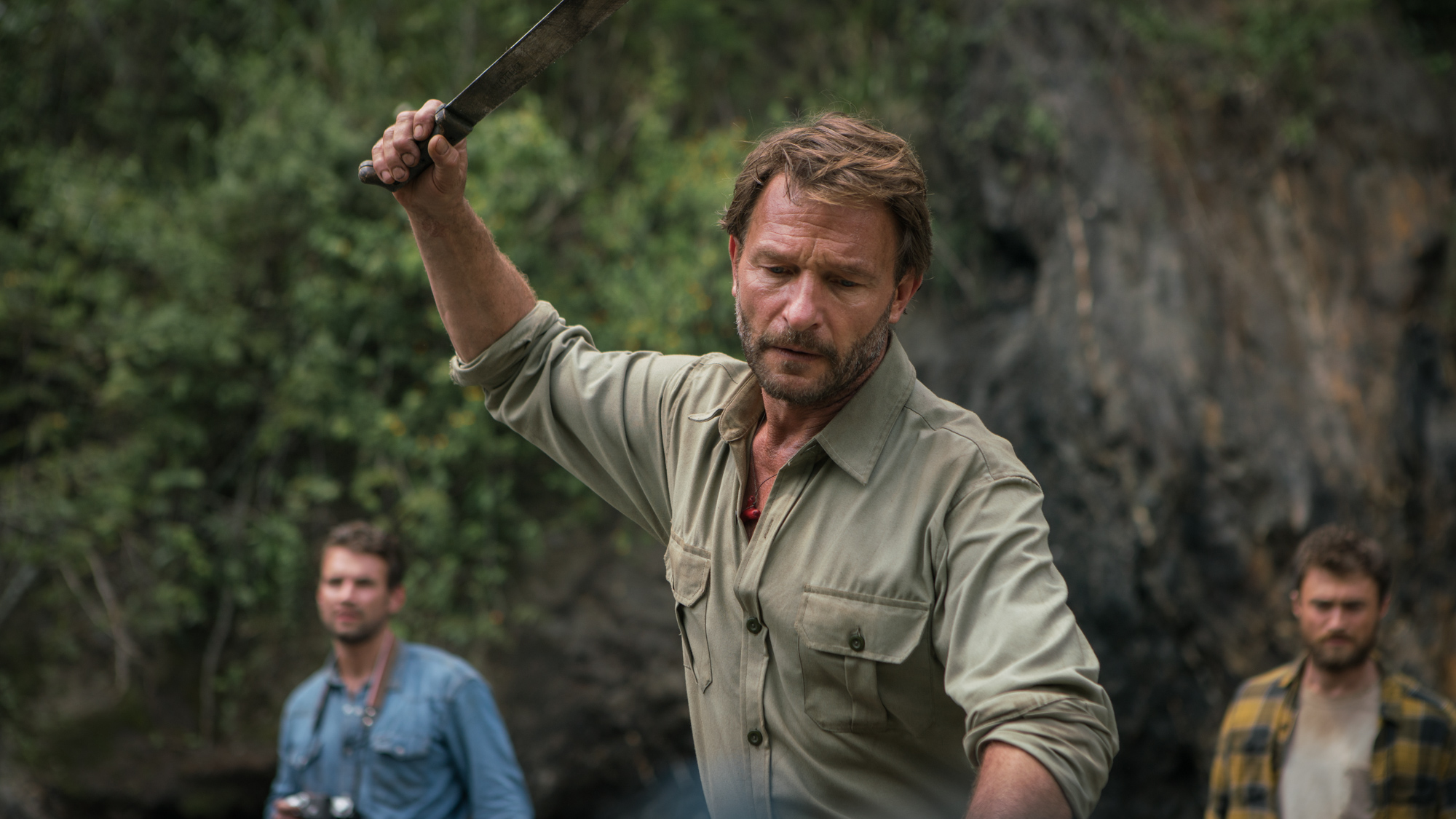 Do you feel this content is inappropriate or infringes upon your rights? Click here to report it, or see our DMCA policy.
Alex RussellDaniel RadcliffeGreg McLeanJoel JacksonLilly SullivanThomas KretschmannYossi Ghinsberg

More about The Belko Experiment

More about The Darkness