Review: THE DARKNESS Inhabits The Creepy Edge Of Suburbia 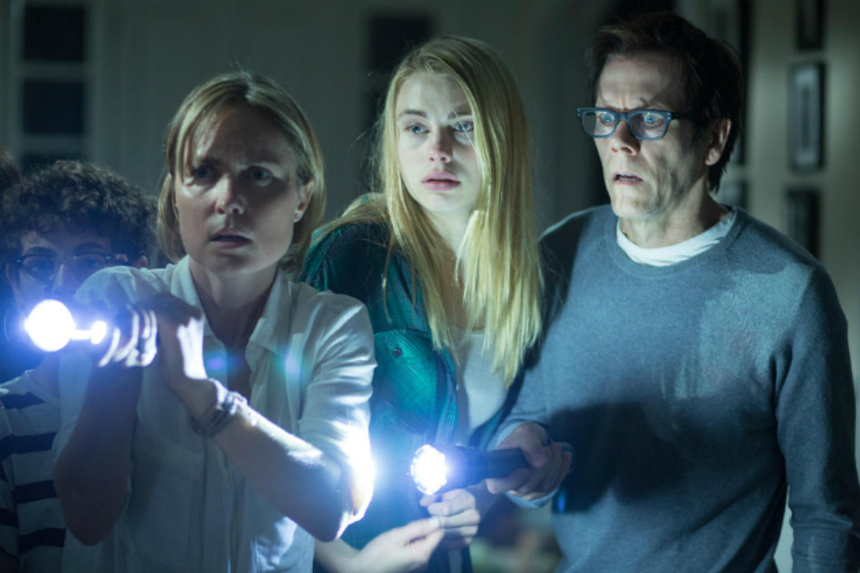 For his latest adventure in suspense, director Greg McLean reins in the blood and guts to focus on a family under attack by forces both interior and exterior.

McLean established his international reputation with the gruesome Wolf Creek more than 10 years ago, and the sequel Wolf Creek 2 dug into body horror with even more gusto. In between he made Rogue, probably remembered chiefly as a crocodile thriller. Yet each of those films showed McLean's distinctive ability to marshal his resources in order to unleash something more than might be expected.

The same is true with The Darkness, which on first blush feels like a lightly rejiggered version of Tobe Hooper's Poltergeist, complete with a house in American suburbia that comes under attack by supernatural creatures, with blame laid at the feet of Native American spirits.

What sets The Darkness apart, however, is McLean's style, which he applies here in a markedly different fashion than he has in his past features. Note that this film is much more a suspense drama, as opposed to a straight horror thriller, though it incorporates elements that might be expected from the latter.

Thus, the film builds slowly and then releases; then it again builds slowly before releasing again; and so on throughout the film, with each climactic moment creating more anguished agony for the family under attack. What matters more is the effect upon the individual members of the family, rather than the relative cleverness of the effects or the supernatural creatures that eventually come into play. The opening sequence not only sets the stage, it also establishes the restrained tone. Peter (Kevin Bacon) and Bronny (Radha Mitchell, who previously starred in Rogue) are parents of teenage Stephanie (Lucy Fry) and young Michael (David Mazouz). While on vacation near the Grand Canyon with friends, Michael stumbles upon mysterious marked stones in a cave with paintings of ghostly figures on the walls.

When strange things begin happening after the family returns home, you don't have to be a master mathematician to make a connection between the stones and the initially odd and then increasingy bewildering occurrences. The family is slower to catch on than the audience.

That's because young Michael is not like other children. (The film doesn't explain this initially, so I won't either.) Stephanie, for her part, is experiencing the natural throes of adolescence, especially the need to rebel against parental authority, coupled to her perception that Michael gets more attention than she does.

Meanwhile, Peter and Bronny are not connecting in everyday life. The weekend away was a pleasant break, but each of them is harboring guilt about their own shortcomings. They disagree, and are clearly unhappy with how things are going in their marriage, but they restrain themselves for the sake of the children, so there are a lot of hushed whisperings and growing resentment that festers between them.

Bacon and Mitchell are superb actors who are entirely spot-on in capturing the changing emotions of their characters. (I especially liked how they each show their mutual frustration and love for the children as individuals.) Fry and Mazouz do well as their children; they may be more limited roles, yet they capture what is needed.

The strength of The Darkness lies not in the plot nor in the occasional jump scares, enhanced as they are by Johnny Klimek's unsettling musical score. Rather, it's in watching how a nuclear family struggles to avoid exploding when under extreme pressure. And it's a pistol to watch.

The film opens in theaters across the U.S., the U.K., and Ireland today.

More about The Darkness