Ard Vijn
Editor, Europe; Rotterdam, The Netherlands (@ardvark23)
1
Sign-In to Vote
Tweet 0 Submit
We're big fans of anime artist Yuasa Masaaki here at Screen Anarchy, and for a good reason: the man is a certified genius, and in an industry known for its endless rehashing, he is a bright light of raw originality. Three years ago I was lucky enough to get to interview him, one of my absolute favorite moments as a writer here.

Good luck finding good releases of his work though. Several of the series he worked on have never seen English-friendly editions, and years ago I praised Australian distributor Siren Visual through the roof when they produced DVD editions for gems like Kaiba and The Tatami Galaxy.

So rest assured that anyone releasing a Yuasa Masaaki work on Blu-ray gets warm feelings from me. And now, Scottish distributor Anime Limited has released a Blu-ray of The Tatami Galaxy, a very fun and off-beat series in which a student gets a good glimpse of the many different lives he could have had while in college. With its sharp, colorful and fast-moving artwork it is a series I'm very happy to see appear on Blu-ray. Also, it gives me hope that one day I'll own Yuasa's other works in HD as well.

A typical Anime Limited release, this edition sure looks pretty and contains some physical extras, including a small artbook. Don't just take my word for it though: here is a gallery of shots. Click on the edge of the pictures to scroll through them, or at the center of each to see a bigger version! 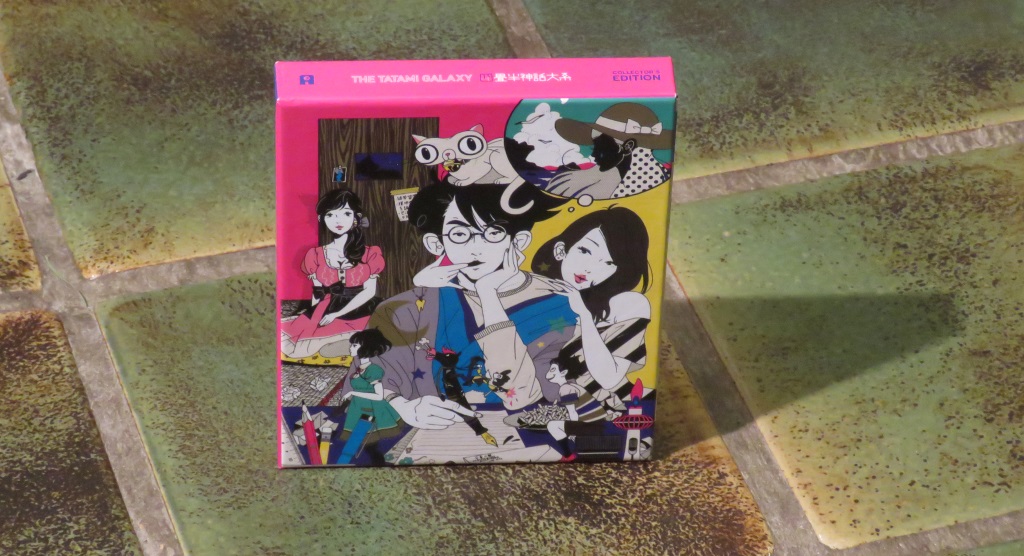 And here it is: a sturdy cardboard box. 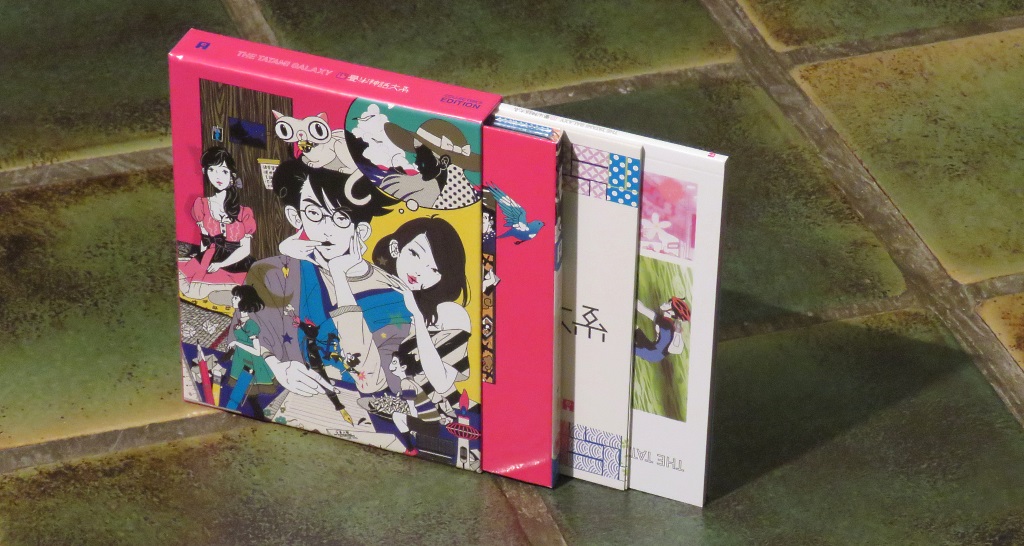 Inside are a digipak, an art book, and some art cards. 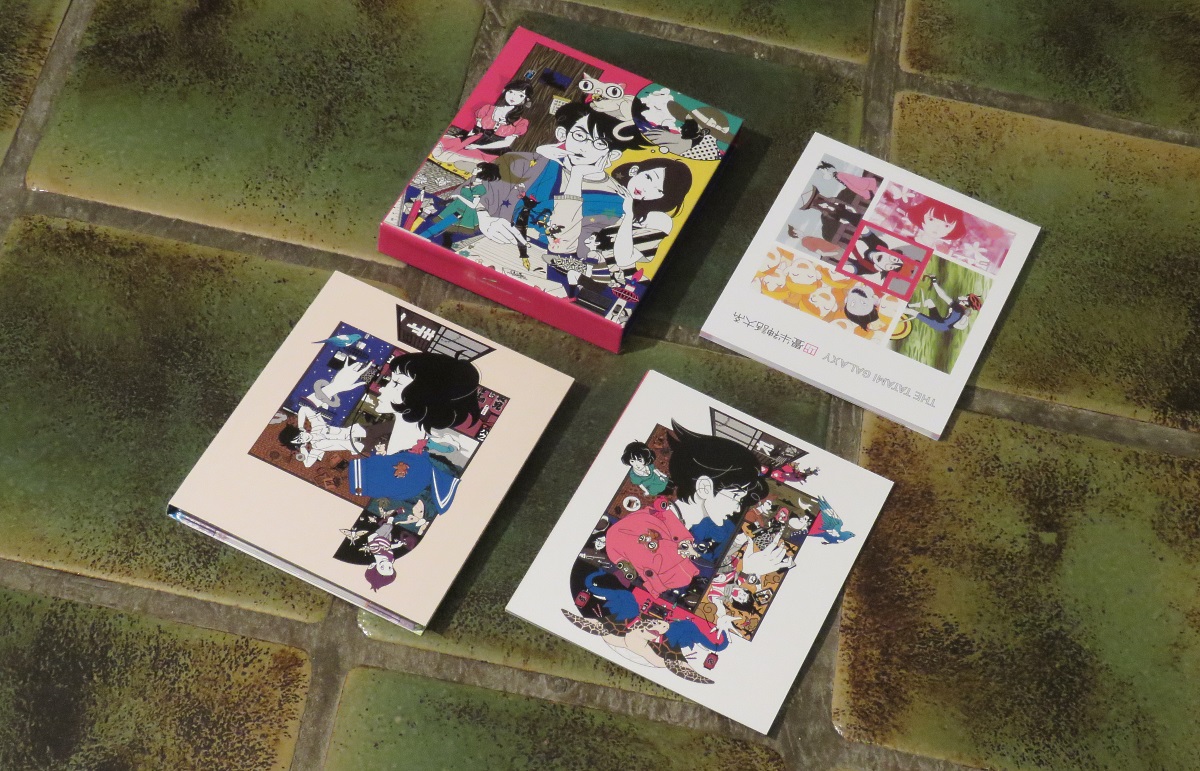 All contents removed from the box. 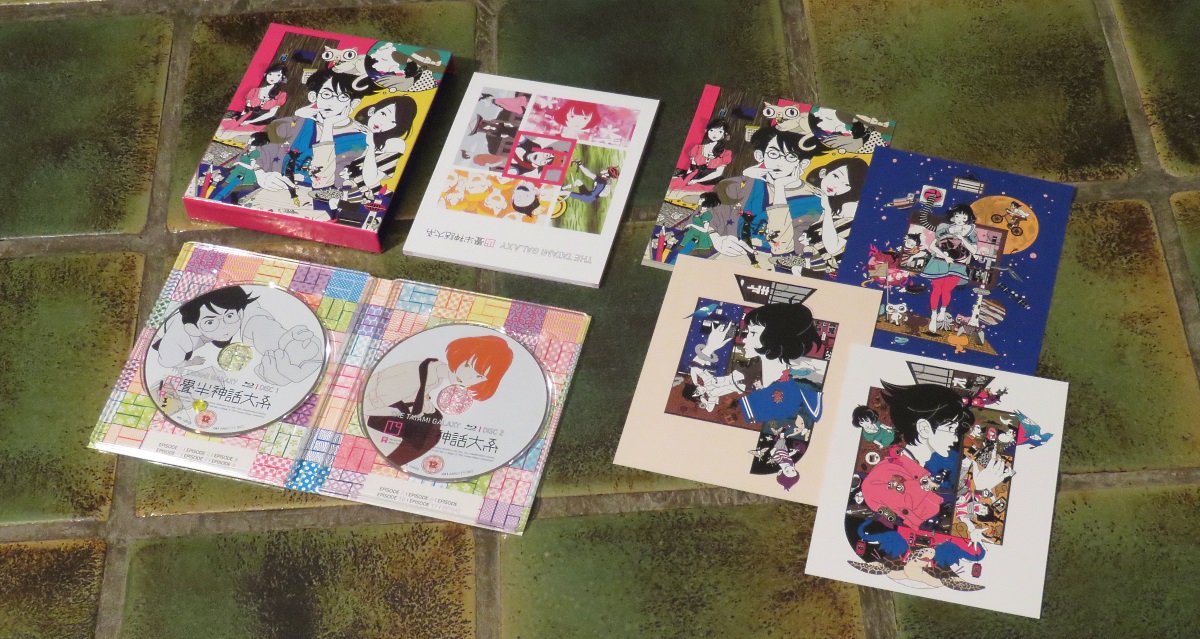 All contents opened. The art cards are very pretty indeed, and give a good impression of the busy and eclectic nature of this anime. 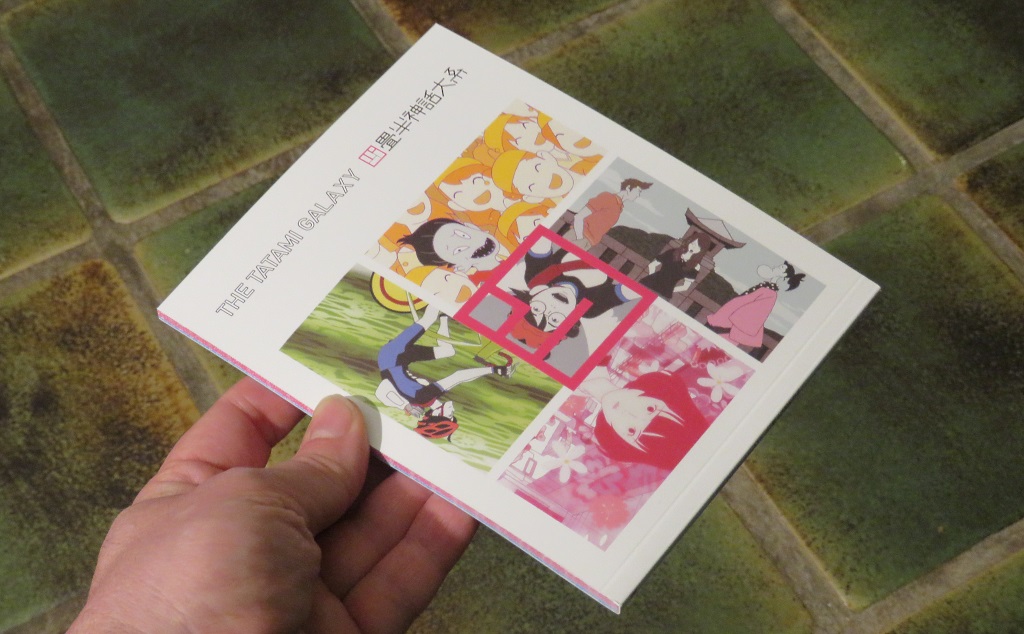 The art booklet is 56 pages, and though you may need a magnifying glass at times it is STACKED with great drawings.

In the art book you get the current designs but also the what-could-have-beens (just like in The Tatami Galaxy itself), changed and/or discarded versions. And the section dedicated to background at is particularly great at pointing out the series' many bizarre shifts in tone, color and style. 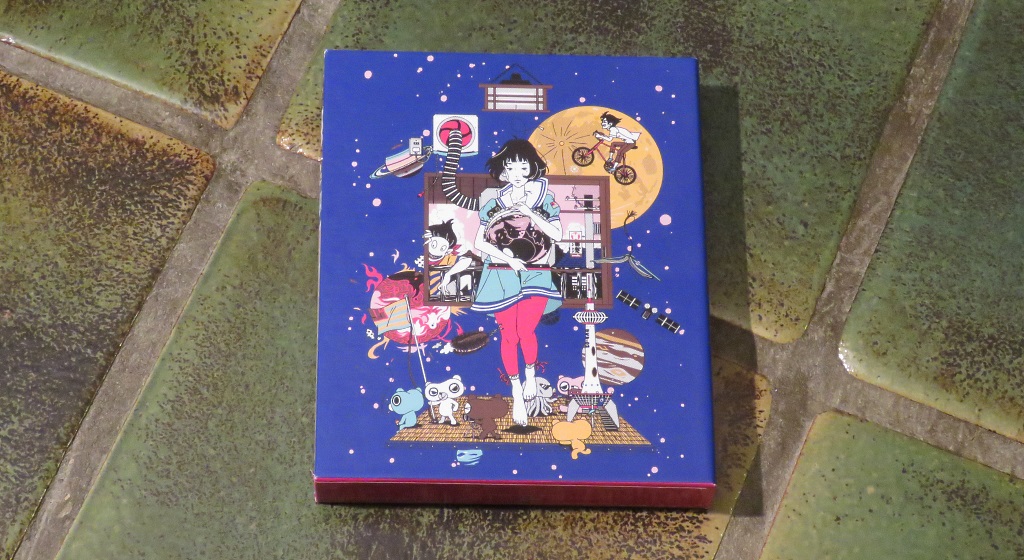 The (back) end of a fine-looking edition indeed.

(Also, this is where I start begging to Anime Limited: "Do Kaiba and Kemonozume next, pleeeeeeeease!")

Gah! Any chance it's region free?

Doubt it, but wouldn't that be wonderful? Ard will (rightfully) just tell us to buy a region free player.

Alas, region-locked for B.

Though the series was shown in the US, it was never released on DVD or Blu there, so Andrew had to create his own transfer. When he shares transfers with a US distributor you occasionally get region AB discs, but THE TATAMI GALAXY is confirmed B-only.

Okay Mr. Smarty Pants. Thanks for that. Honestly, that never occurred to me.

God, I hope someone eventually releases MIND GAME in a set this nice. I'm looking forward to their GENIUS PARTY set as well.

Years ago, that was the advice I gave friends who wanted to buy a regionfree player but who were wary about the high price. When I saw they owned a Playstation 3 already, I told them to buy a region B player, so they could watch the US titles on the PS3 (which plays Blu-rays well enough) and the European imports on the B-player.