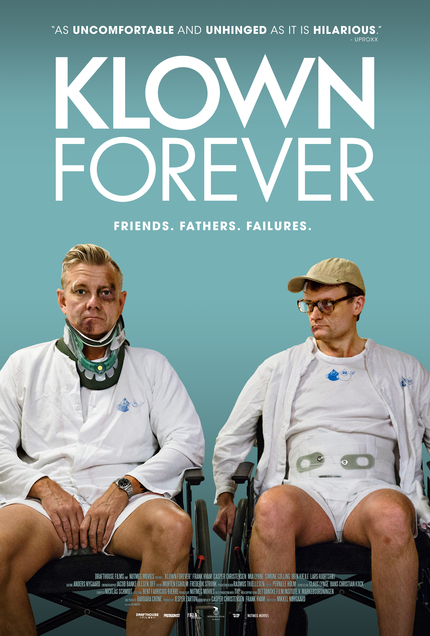 Danish comics Casper Christensen and Frank Hvam struck comic gold with Klown, a sort of running commentary of every negative impulse of maleness laid bare to hilarious results over the span of a six series television series and pair of hit films. And with that second film - Klown Forever - poised to hit US screens and VOD on September 2nd a brand new trailer has arrived to demonstrate just exactly what that means.

Klown Forever follows estranged best friends Casper Christensen and Frank Hvam as they travel to the States seeking fame, fortune and friendship, only to immediately dive head-first into an impressive array of wildly inappropriate misadventures and unforgettably mortifying social situations.

When Casper attempts to break into Hollywood, Frank follows him to Los Angeles, seeing an opportunity to salvage their strained relationship. As the guys come face-to-face with a number of LA's denizens-including Isla Fisher, Adam Levine and "Game of Thrones'" star Nikolaj Coster-Waldau-it's clear that they're equally ready and willing to take on Hollywood...but is Hollywood prepared for Casper and Frank?

Good taste? There's none of that here. Not unless you're a dog, in which case the definition of 'good taste' is significantly different. Watch the trailer below!