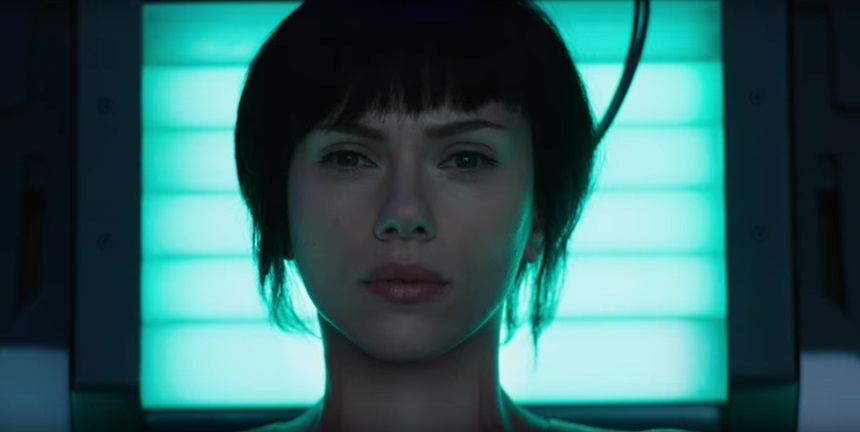 Our attention of the last few days went, film-footage wise, to the marketing team of Rupert Sanders' live-action adaptation of Ghost in the Shell. After the merest of snippets and peeps, this weekend we all got a trailer, behind-the-scenes footage, interviews... and a couple of things stand out. Attention to detail, for starters, and an almost bewilderingly slavishness with regards to making scenes look exactly like Oshii's popular 1995 animated version.

The footage also showed Oshii Mamuro himself and legendary score composer Kawai Kenji having fun visiting the set, and... well, that sort-of looks like endorsement, doesn't it?

A running thread through all of this is that there seems to be a marketing effort to dispell the notion that for this expensive Hollywood blockbuster, the source material has been "whitewashed". In other words: that the film and its characters have been made less "Asian", either by cultural changes or by the choice of actors, for the purpose of becoming more attractive to Western audiences.

In last week's footage, nobody calls out the Major's name in the trailer (not even she herself, when calling in), we spot Kitano Takeshi, and we spot Japanese people behind the scenes who do not seem offended at all. All is right in the world.

Or is it? We still have the central team of Batou and Kusanagi being played by people of Danish and half-Danish descent. Both are excellent actors in their own right, and normally you'd be happy to see them in these roles, but in an adaptation of such distinctly Japanese source material, it's fair enough (haha) that some eyebrows are raised.

Then again you might wonder if Ghost in the Shell itself, its world, and its characters, were meant to be distinctly Japanese, either as conceived by Masamune Shirow or as filmed by Oshii Mamoru. Even with whitewashing being a general Hollywood issue, is it an issue with this specific title in mind?

It's an interesting subject for sure and there certainly isn't a shortage of opinions about it. As our debate question of the week, we ask: are we too sensitive or not sensitive enough about whitewashing? Feel free to discuss Ghost in the Shell specifically, or Hollywood in general, as long as we all stay civil.

So chime in, in the comments below, and HAVE YOUR SAY!