Have Your Say: No More Super-heroes Anymore! 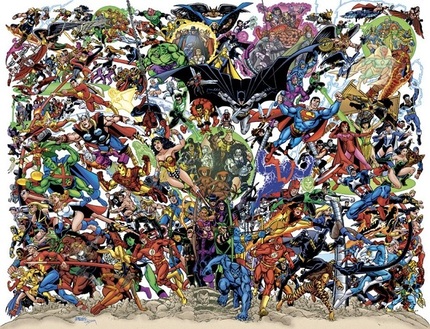 While Marvel is busy further unwrapping their phase 3 and phase 4, Warner Brothers is frantically scrambling to get their own cinematic universe off the ground, while everyone else desperately holds on to the bits of Marvel they acquired in decades long past. Comic-book film fans have never had it so good...

Or do they? You can have too much of a good thing it seems, and when nearly every huge tentpole production needs to be linked to a comic-based über-franchise, a large part of the field certainly feels a bit same-y. Have you tried taking some casual cinema-goers to a theater lately for something fun and spectacular, and ended up not being able to choose something that wasn't a superhero-film?

Even though many people weren't all that happy with Batman v Superman, it still made plenty of money. But did we pass some midway point? Has fatigue set in? In a few weeks, Captain America: Civil War will provide more mega-mash-up action, and in a franchise with a lot of goodwill attached, but I'm wondering how much longer we'll keep going on being interested.

So that brings me to the question of the week: do you want an end to the huge wave of superhero films, or are you happily surfing on it? Chime in, in the comments below, and HAVE YOUR SAY!

(Picture above is the wraparound cover of JLA / Avengers Vol 1 #3, done by the legendary duo of George Perez and Tom Smith)