Have Your Say: What Would Be Your CLOVERFIELD Story? 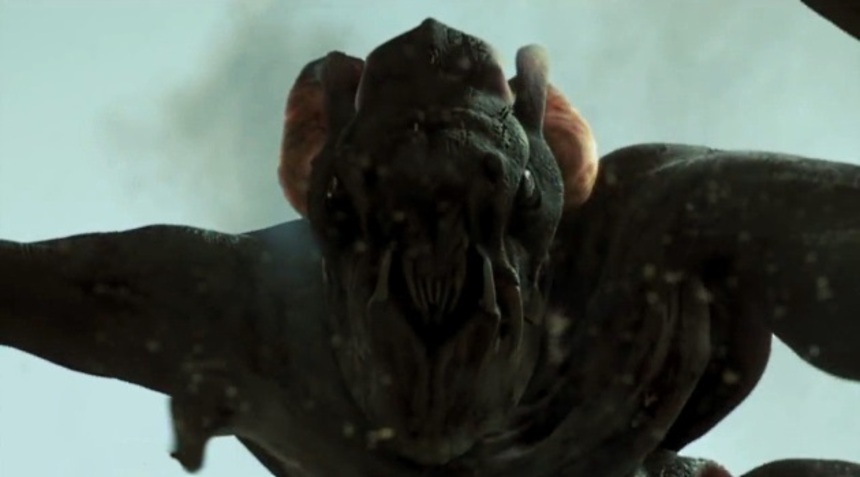 Last week saw the arrival of Dan Trachtenberg's 10 Cloverfield Lane, which was rumored to be a sort-of sequel to Matt Reeves' 2008 found footage 'kaiju' film Cloverfield (said kaiju is looking right at you in the pic above). In our John Goodman quiz of last Friday, I mentioned:

Is it a prequel, a sequel, a spin-off, an "equal"? Trying to figure that one out is actually one of the film's biggest charms.

Any connection is bound to be a strange or convoluted one, as the title Cloverfield referred to the military code name of the monster incident in the first film, while 10 Cloverfield Lane is just an address where something odd takes place (or is it...?).

The most fun theory so far is that there is no connection whatsoever except the pun of putting the completely non-descriptive word "cloverfield" in the title. It would imply that J. J. Abrams is perhaps planning a whole string of these films for the future, whenever he needs that particular itch scratched. Maybe in a decade or two, the word will have become a synonym for fun genre films, each with a mystery and/or alluding to an end-of-the-world event. Each time we'll be wondering if this will be the one explaining the word, and each will bring us to another corner of science fiction, fantasy or horror.

With that in mind, thinking up a new "Cloverfield" story is actually a pretty fun exercise: all you need is a baffling title with the word itself in it, an angle for the story, and a vaguely alluded link to the other films.

And that brings us to the question of the week: within those rules, can you make up a new Cloverfield film? It can be a prequel, a sequel, a spin-off, or something totally unrelated. Surprise us, and HAVE YOUR SAY!