Have Your Say: Falling In Love With An Imaginary Person 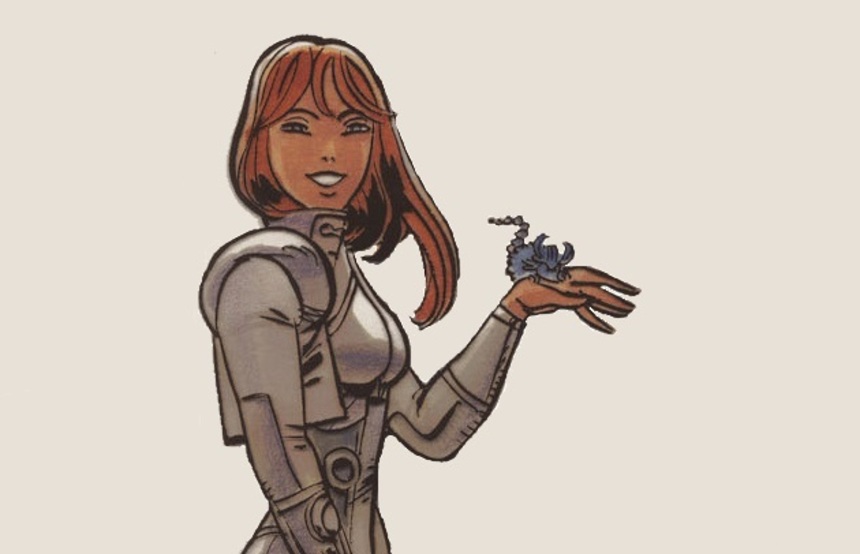 Last week, Luc Besson shared some news about his movie adaptation of Valerian, and that took me back to the time I discovered the original French graphic novels from the early seventies. I stumbled upon those a few years after they had been published for the first time, a few pages each week in comic magazines. And a strange thing happened halfway through the first Valerian storyline: I fell for one of the characters. For the first time in my life, just prior to puberty setting in in earnest, I got a major crush on someone: Laureline.

Girls were still considered by me to be mostly icky, and the often sensual nature of the series didn't affect me much (or so I thought). But Laureline was just so damn cool! Literally the first time she meets Valerian, she's saving him instead of the other way round. Many subsequent rescues would follow. And she was upbeat, and funny, and crafty, and headstrong, and tough... And she was never EVER Valerian's inferior, spoil or property.
In fact, the series only ever scared me when Laureline was temporarily incapacitated. I mean, Valerian always bumbled in-and-out of every trap anyway, but for something to be able to hurt Laureline, shit had to become really real.

Fast forward nearly four decades, and I laugh at my infatuation. Still, getting a crush on a character in a book, or a film, happened several times more: once in my twenties, and even once almost in my thirties. I'll probably never get totally immune to it (and thank God for that), even now that I'm married, with two kids of my own.

So, with that in mind, here is the question of the week: did you ever get infatuated with an imaginary character? Who was he or she? What made him or her so special?
Chime in, in the comments below, and HAVE YOUR SAY!