Have Your Say: What Would You Like Miyazaki Hayao To Adapt? 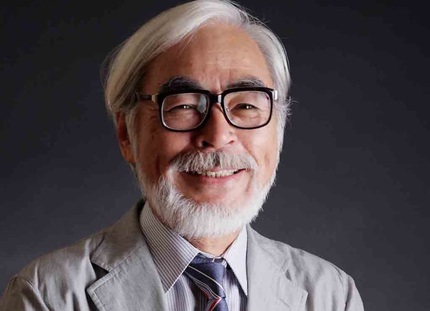 Today, January 5th 2016, marks the 75th birthday of Miyazaki Hayao. Without a doubt he is one of the finest filmmakers currently alive, in animation or otherwise, and he is also one of the founding fathers of the rightfully legendary Studio Ghibli. As this is the first "Have Your Say" this year, I was tempted to make it about 2016, but Miyazaki-San crossing into the fourth quarter of a century easily trumps a mere year of course, so this is going to be about him.

And while we're at it, let's also congratulate the venerable genius, and wish him many more years!

Of course I wanted to ask everyone what their favorite film by him is. But that would have been a tad too close to another article ScreenAnarchy did half a year ago, when the question was which Studio Ghibli film you all liked best. Also, in 2013 ScreenAnarchy shone a spotlight on Miyazaki as part of our "Full Disclosure" series, so there would be a bit of a "been there, done that" vibe.

Therefore I propose something different. Miyazaki Hayao is basically retired these days, but in the past he has famously sprung back into action whenever he got itchy enough, and another comeback is certainly not impossible.

So... if he did come back to make another anime feature, and he would be adapting an existing property (something he tried several times in the past, and indeed succeeded in with Howl's Moving Castle), what would you want him to try? I mean, if you've seen (or read) Nausicaä of the Valley of the Wind, you'd have an idea of what Miyazaki Hayao's Dune would look like, right?

Thinking among those lines, what would you want him to adapt, theoretically?
Would it be a favorite book? A classic live action film or series? An animated version of a known franchise? Some of his own unfilmed manga stories?