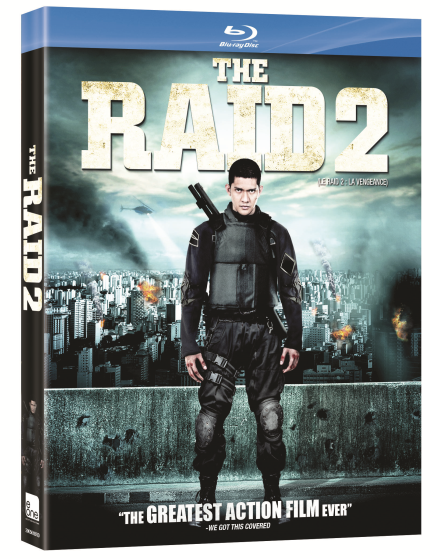 He thought it was over. After fighting his way out of a building filled with gangsters and madmen - a fight that left the bodies of police and gangsters alike piled in the halls - rookie Jakarta cop Rama thought it was done and he could resume a normal life. He couldn't have been more wrong.

Following directly on from where the first left off this thing punches many faces and breaks many bones in the name of your entertainment. Want one? It's simple enough ... just email me here and name the first film that matched up writer-director Gareth Huw Evans with star Iko Uwais. Hint: It's not The Raid. Please include your mailing address. Winners will be drawn at random.

Do you feel this content is inappropriate or infringes upon your rights? Click here to report it, or see our DMCA policy.
gareth huw evansgiveawayiko uwaismartial artsthe raidthe raid 2