Destroy All Monsters: With #BoycottStarWarsVII, Freedom Of Speech Has Officially Outlived Its Usefulness 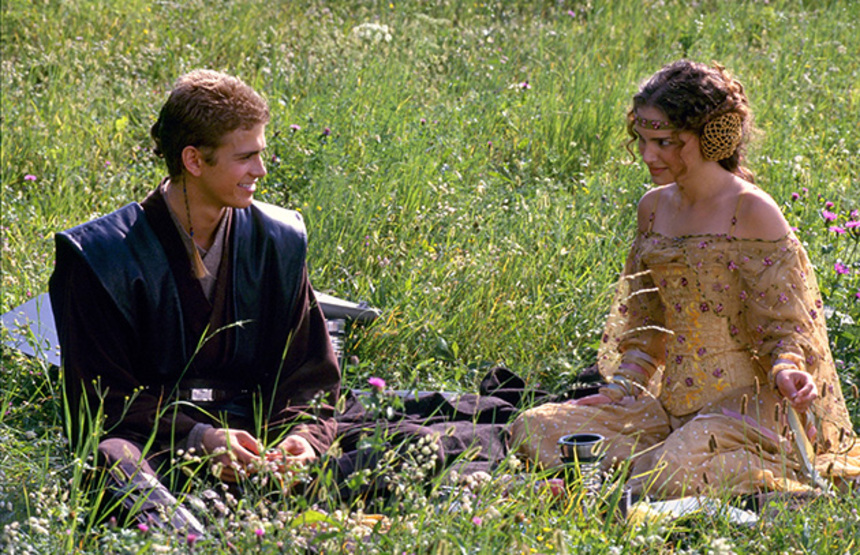 Look, I'm not saying that we need to create a two-tier system of rights in North America... but based on #BoycottStarWarsVII and its aftermath, I think we oughta at least think about it.

It was a collar-loosening moment for any sane member of human society on Monday afternoon, when we learned that there are actually people in the world who are stupid (and racist) enough to try to get a "movement" going wherein they will boycott Star Wars Episode VII: The Force Awakens because it has a black guy in it.

No really, that's the whole reason.

Now, Mashable has reported that the entire sensation was the engineering work of a very small number of social justice warrior-baiting trolls; though whether those trolls were serious, or engaged in some particularly warped version of social satire is unknown. What we do know is this: 94% of the people who used the hashtag were responding like sane, intelligent human beings to the spectacular awfulness of the other 6%.

And rightly so, because those 6% are idiots.

With their claims of The Force Awakens serving as the starter pistol for a forthcoming "white genocide," a turn of phrase which suggests a misunderstanding of both the definition of "genocide" and, potentially, the definition of "white," I sort of had to throw up my hands and accept the fact that there might just be people on the earth (6% of the people on the earth?) who are too stupid to be contributing members of human society.

And that, y'know, maybe they shouldn't be.

Anakin: We need a system where the politicians sit down and discuss the problem... agree what's in the best interest of all people... and then do it.

Padme: That's exactly what we do. The trouble is that people don't always agree.

Ani: Well, then they should be made to.

Panda Bear: By whom? Who's going to make them?

A: Of course not me.

P: Sounds an awful lot like a dictatorship to me.

I hate to agree with a Sith Lord or a Hayden Christensen, but I'm getting to that "Well, if it works" point myself.

What has freedom of speech done for any of us in the year 2015, except expose us to the degree to which a disturbing number of the people around us are way, way, way below the minimum height requirement for intelligence to be a functional member of 21st century human society?

Put it another way: I posted a link the other day about how the Dutch school system starts its sexual education program at the kindergarten level. The article, and my link, very clearly described that these schools are not discussing actual sex at the kindergarten level (of course), but merely beginning a responsible and necessary conversation around relationships, love, and marriage.

And naturally, within seconds of my posting that link, someone had replied, saying that kindergarten was too young to be talking to kids about sex. A reply to a link about how no one was talking about sex in kindergarten.

That person's an idiot.

It's really cold outside, they are calling it a major freeze, weeks ahead of normal. Man, we could use a big fat dose of global warming!

This man is running for President of the United States. A man who does not understand even the most basic conceptual framework of climate change. He is working his ass off to get to lead a country that will make the largest contribution to the future of the climate crisis on the planet earth.

"Stupid" isn't a strong enough word for someone that stupid.

If these examples share a thread it's an apparent inability to think beyond the most basic surface elements of the information they're being presented; an unwillingness to check themselves before they wreck themselves (in spectacular public fashion, on the internet). A basic wisdom that compels one to take a breath, think things through, and not be "that guy."

OK, one last example: there are a small number of people reading this, right now, who are stupid enough to think that I am genuinely advocating for the demise of freedom of speech. They're that stupid. (Right now, they're trying to work out why the word "that" in the previous sentence looks all slanty, like someone leaned on the letter t and pushed the rest over.)

Don't worry: if you apprehended the meaning of the preceding paragraph as most people would, you're fine. You're not one of them.

But that other 6%? In spite of the fact that they got this far down the page, they'll never intuit that this whole column was a thinly-veiled excuse for me to call them, and a whole bunch of people (who truly deserve it), inoperably, inexcusably dumb. I don't know about you, but I can't wait to see the comment thread on this one.

Do you feel this content is inappropriate or infringes upon your rights? Click here to report it, or see our DMCA policy.
Star Wars: The Force Awakens