Dear Everyone Piling On Sony For Cancelling THE INTERVIEW: The Problem Is Us 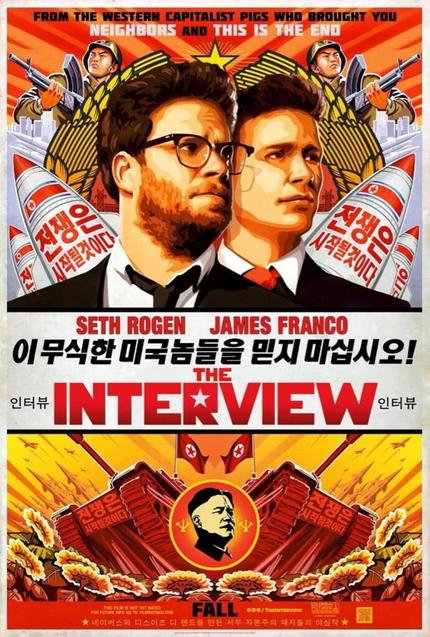 Right, this will be short and sweet:

In the past day there has been much hand wringing and wailing over free speech being dictated to and curtailed by hackers and terrorists. How could Sony be so weak and cowardly, etc etc etc. Well, simple, because there's a feeding frenzy happening and the sharks churning up the chum are us. We've done this to ourselves.

Yes, the hack cost Sony a great deal of embarrassment. And it will surely cost them some money to resolve what allowed it to happen and to tighten up that security. And it very definitely cost them some relationship capital. What it hadn't cost them until canceling the release of The Interview, however, was any actual capital, not on a significant scale at least. Actually canceling the film, however, will.

So why do it? What is the negative that comes from putting it out? It is not, frankly, anything that hackers on the other side of the world may do. It's not even the physical costs should someone make good on threats and follow through on the promised violence - a threat, incidentally, that has been decried as baseless by American intelligence. So why pull it? Because some asshole seeking their moment of glory on these shores will almost certainly do something just so they can be that guy and then a whole lot of other people will sue Sony and the exhibitors into high heaven for not protecting them enough. That's why. Pulling The Interview is not in any way about appeasing terrorists, it's about not getting sued by Americans. Period.

Why would Sony think this? Why worry about such a thing? Because they've already been hit by three separate class action lawsuits initiated by former employees because they had the misfortune of being hacked by criminals in another country. Nice one, Sony employees, way to pile on the victim of the crime. Good job.

So, yes. The hackers started this problem but it's American litigiousness and overwhelming urge to pile on in the name of self interest above all else that has pushed this whole situation to where it is. So can we all just stop decrying the other for a moment and take a look at ourselves first? Because we're kind of a bunch of assholes.

Do you feel this content is inappropriate or infringes upon your rights? Click here to report it, or see our DMCA policy.
hackjames francoseth rogensonythe interview