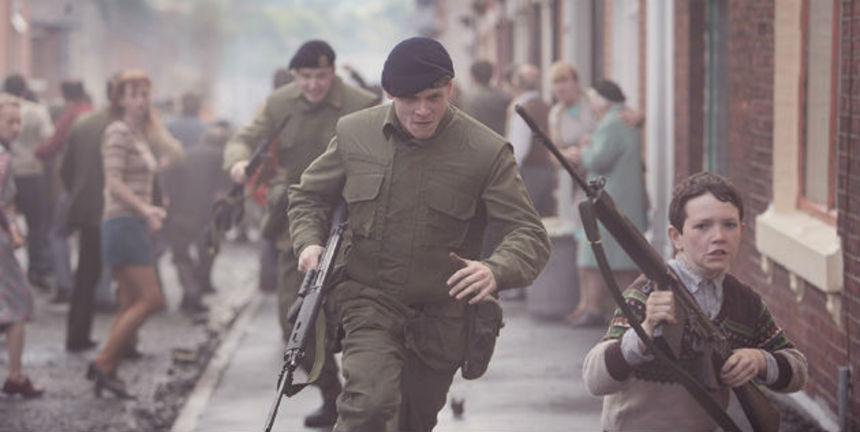 Let's be honest: many film festivals would be happy to lead with the announcement of the films included in the Mavericks, Discovery, and Kids programs at the upcoming Toronto International Film Festival.

But Toronto is different, intent on maintaining a program that encompasses hundreds of films. That makes it, simultaneously, a rich banquet for those who are able to attend, and a frightening roll of the dice for hundreds of films from around the world seeking attention.

The Discovery program is dedicated to first and second-time filmmakers. It's typified by '71, directed by Yann Demange (pictured above), which received warm applause from its previous festival screenings, plus 38 more titles.

Just four films make up the Kids program, led by the world premiere of Song of the Sea, directed by Tomm Moore (The Secret of Kells), and starring Brendan Gleeson. It tells the story of a "fantastic journey across a fading world of ancient legend and magic."

The festival has also added an additional 12 titles to various programs, because who can say no when filmmakers offer their work for presentation? The lucky -- final? -- dozen include James Franco's The Sound and the Fury; Theodore Melfi's St. Vincent, with Bill Murray; and the North American premieres of Takahata Isao's The Tale of the Princess Kaguya from Studio Ghibli, and Sunada Mami's The Kingdom of Dreams and Madness, a documentary about Japan's celebrated animation company.

The announcements go on and on and on, so if you'll be attending, you'll want to set aside time to go through the latest with a fine tooth comb at the official festival site. The rest of us will sit back and marvel at the cinematic riches on display.