Red Band Trailer For Cronenberg's MAPS TO THE STARS 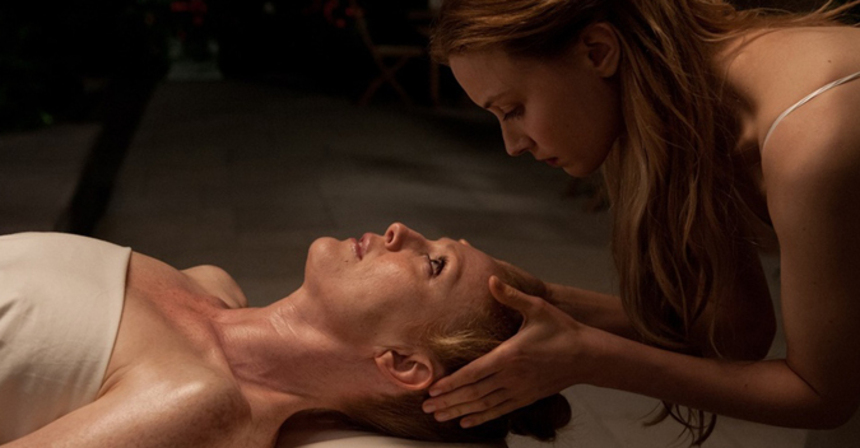 [Video removed at producer's request. Evidently this is a sales trailer that was not intended for the public.]

Cronenberg's back and he's getting his kink on with this new, NSFW trailer for his upcoming Maps To The Stars. And while it's not as overtly sexualized as his work in Crash, for example, it's very much cut from the same cloth.

The Weiss family is the archetypical Hollywood dynasty: father Stafford is an analyst and coach, who has made a fortune with his self-help manuals; mother Cristina mostly looks after the career of their son Benjie, 13, a child star. One of Stafford's clients, Havana, is an actress who dreams of shooting a remake of the movie that made her mother, Clarice, a star in the 60s. Clarice is dead now and visions of her come to haunt Havana at night... Adding to the toxic mix, Benjie has just come off a rehab program he joined when he was 9 and his sister, Agatha, has recently been released from a sanatorium where she was treated for criminal pyromania and befriended a limo driver Jerome who is also an aspiring actor.