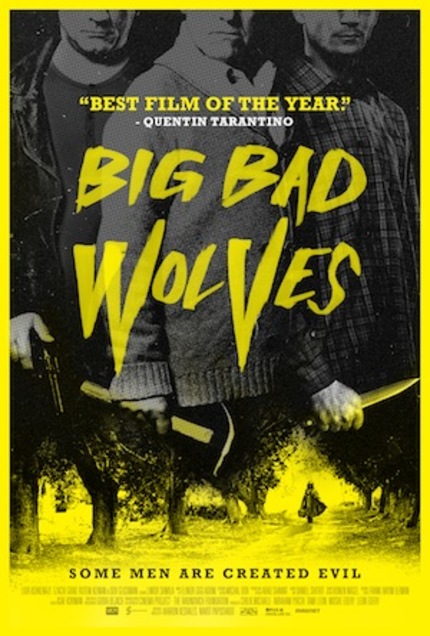 Big Bad Wolves, Aharon Keshales and Navot Papushado's follow up to their break-out Rabies, has been a festival darling since its Tribeca premiere last spring, equally delighting and grossing out audiences in its transgressive take on the serial killer subgenre, and most recently getting a Tarantino stamp of approval as his favorite film of the year. Our own Joshua Chaplinsky had this to say at Tribeca:

There is a good deal of humor to help balance out the harsher realities of the subject matter, but it isn't until the cop, the victim's father, and the suspect are holed up in a dingy basement that I realized just how funny Big Bad Wolves was.

Magnet snatched up the U.S. rights and will be releasing it in theaters and iTunes on January 17th, 2014. That means a U.S. trailer is here and its quite good. Funny, playful, and just above the board in its violence, though you know it's gonna go below. As someone who has yet to catch the film (and I'm probably the last of the ScreenAnarchy brood), it makes me quite anxious to.

Do you feel this content is inappropriate or infringes upon your rights? Click here to report it, or see our DMCA policy.
Aharon Keshalesbig bad wolvesNavot Papushado