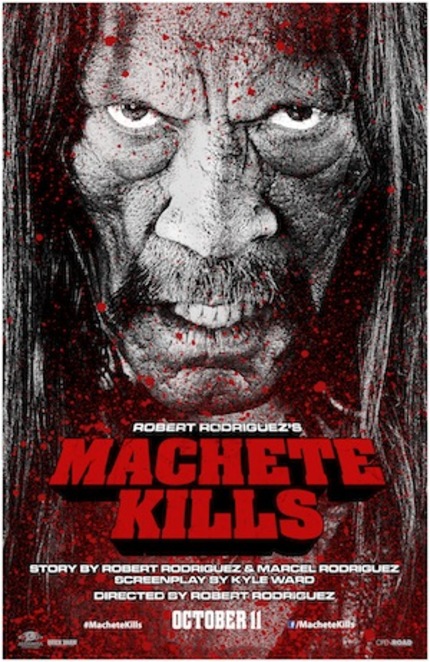 Rumors turned out to be true and Robert Rodriguez is confirmed as special guest for this year's Morelia International Film Festival, kicking off on October 18. During his very first visit to a Mexican film festival, RR won't be alone as Machete himself, Danny Trejo, is coming to Morelia for the second time (Trejo was there in 2010 presenting the first Machete movie).

The Machete Kills Mexican premiere is happening in downtown Morelia (Cinépolis Centro) on Saturday, October 19 with a couple of screenings (8:45 PM and 9 PM); the third and final festival showing of Machete Kills is scheduled for Friday, October 25 at Cinépolis Las Américas VIP 2 (9 PM). Get ready to see Morelia chingonized!

ScreenAnarchy's Morelia 2013 coverage
International Lineup: BLUE IS THE WARMEST COLOR, THE GRANDMASTER, INSIDE LLEWYN DAVIS, BLUE JASMINE And More!
Cuarón's GRAVITY Is The Opening Film
Jodorowsky To Present THE DANCE OF REALITY
Official Mexican Selection
Morelia 2013 is going to be celebrated from October 18 to 27.
Tweet Post Submit