Review: 20 FEET FROM STARDOM Is A Musically Joyous Masterpiece 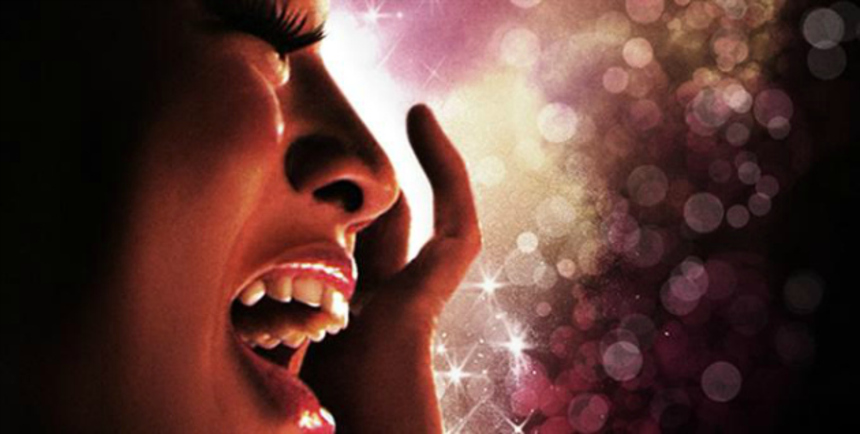 It's never bad when a film starts with some philosophizing from the Boss. Talking about the documentary's subjects, the oft anonymous backup singers that have brought beautiful harmonies to generations of artists, Mr. Springsteen explains the challenge for many of these supreme talents to shine in the centerstage spotlight. "It's a bit of a walk" he offers, "That walk to the front is complicated. It's almost more of a conceptual leap. You've got to have that narcism, that ego. It can be a pretty long walk."

20 Feet From Stardom shows us those that have made the walk, and those that have found their place within the bedrock of the songs they perform. The film is ambitious, infectious and often simply spine-chillingly funky, with some revealing interviews and impeccable performances. We hear from a veritable pantheon of front-of-stage, single name interviewees, from Mick and Bette to Bruce, Stevie and Sting. Yet for every main act superstar, we get to hear the stories of the (mostly) women who gave us chills during Gimme Shelter, laid the foundation for the Spector sound, or provided the harmonious core of almost every major record from the Golden age of album rock.

Directed by Morgan Neville, a producer/director with decades of music films under his belt, the film provides a refreshingly thorough, nearly-definitive take on the subject. Perhaps a bit LA-centric, leaving out the likes of the Andantes that provided the core of Motown's girl group answer to the Phillies sound from Spector and co., Neville nonetheless effectively traces these artists from the Studio work in California through to the touring done to this day in support of some of the world's biggest acts.

Standing simply as a documentation of the careers of these remarkable women, the film would be a success. Yet in delving more deeply into the nature of the background singer, the artist who can subsume their success and ego to have their voice occupy as part of the whole, the film becomes something much more transcendent.

One beautifully cinematic moment occurs when in rapid succession we hear from a group of these women admitting, one after one, that they were the daughters of preacher men. Honing their skills in the choirs of their churches, learning to harmonize and craft compelling melodies, often improvised at session time, in order to buttress the sound. As the film demonstrates, this is the picture painted by Lou Reed's Walk On The Wild Side, where he talks of "coloured girls that go doo, da-doo, dad-oo, doo da-doo doo..." And do they ever do.

Sure, some were there to shake and shimmy, but even the most ribald of thrusting and gyrating by the likes of the Ikettes were at their core supreme singers. Singers with a look, sure, but singers with the power and precision to lock in behind Tina and elevate her music. It would have been nice to hear from Tina, or Elton, or even Aretha, let alone Paul Simon, Brian Wilson or the incarcerated Phil Spector, but that's only because when full from the likes of who we do get to hear from, it's impossible to not think of other superstars who could opine with similar effectiveness on the subject.

While her status as being a former backup herself makes Sheryl Crow notable (for Michael Jackson, no less), she rarely has much to contribute in her documentary appearances. The always loquacious Wonder/Springsteen/Jagger trio do a fine job of making up for what she provides.

Of course, the true stars of the film are those names not known to the majority of viewers. Even Darlene Love, voice of numerous number one singles that bore the names of other groups, star of Lethal Weapon, annual fixture on David Letterman's show and inductee into the Rock and Roll Hall of Fame, may be someone that many are not familiar with. The astonishing voices of Merry Clayton, Claudia Lennear, Táta Vega, Lisa Fischer or The Waters may be even more obscure. Judith Hill, who stood out so prominently as MJ's co-singer on his doomed This Is It show, provides some contemporary context of the struggles of the supremely talented trying to balance between providing supporting work and standing out as a headline act.

Several of these participants are in their 70s, and several of the acts they still perform with are also of an earlier generation. Naturally, by following these artists that for decades have been the core of this type of performance, they're going to be employed by those that can afford the best. Still, it's also indicative of an earlier sound that's faded for many contemporary acts, where the tweaking of an Antares plugin can autotune even the most morbidly musicless to sound homogeneously note perfect.

Hearing Merry Clayton belt out from the master track of Gimme Shelter, the rawness of her late night take on "Rape, murder! It's just a shot away!" echoing through the studio where it was recorded, almost brought tears to my eyes. The high notes sound brittle, almost fragile, yet that intense, aching pain cut through the mix of that song. Clayton never did catch on with the masses as a solo act, despite several earnest attempts that allowed her to do that 20 foot walk, but her contribution in this film is sure to gain her more than a few fans.

Incorporating loads of footage from some of the best music docs of all time, from Stop Making Sense to The Concert for Bangladesh, shows the scope of what these performers accomplished. Vintage TV performances are intercut with other interview footage to create a wonderful tapestry of both sound an image, tying the diverse careers of these performers together from one superstar act through to the next.

Standing in the Shadows of Motown has proven to be not just a sublime documentary, but has set the bar for what this type of setting the record straight doc can do. Some succeed, like the recent Muscle Shoals, while others fall prey to pedantry, a lack of overall vision, or an inability to secure a sufficient diversity of source material. A music doc that is hampered by its clearance issues is often quite frustrating, even if such budgetary restraints are by definition meta-textual. Still, it's genuinely refreshing to have a film of this nature with such a diversity of songs and performances, truly capturing in myriad forms the nature of this work.

Simply put, 20 Feet From Stardom is a musical and historical treasure. These are deeply challenging questions, at the heart raising notions of Icarus' ambition and the desire to reach for the sun when simply coasting may well be a far more satisfying journey. Equally, the film is a deep reflection on the vagaries of fame and the role that talent does (and often doesn't) play in who gets selected for that fickle notion of "success".

Candid and moving, 20 Feet From Stardom is an unforgettable portrayal of some magnificent performers, and in so doing the work reflects on those many thousands with strong voices and a commitment to the greater harmony. These are singers that we may never notice standing there, beside the drummer in the shadows, blending their voices into the whole, while in their own ways coming to terms with the urge to grab the mic at center stage and grab the attention solely for themselves.
20 Feet From Stardom is currently in cinemas across the US through Radius/Weinstein.

More about 20 Feet From Stardom