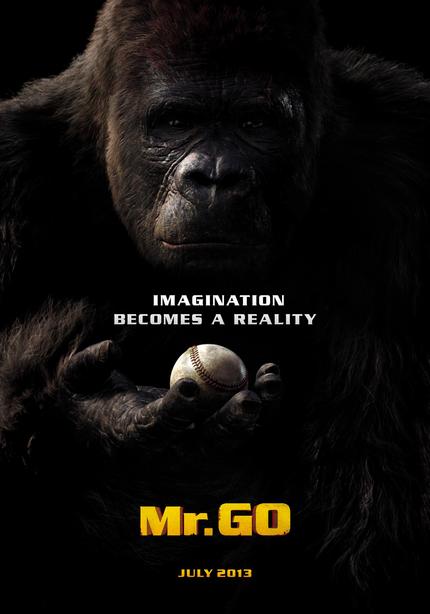 Last week brought us our first look at Mr. Go, a Baseball-playing Gorilla headlining Showbox's new Korean comedy, but how does he look in action? Naver has the answer with the first 30-second teaser, featuring this CG character indulging in a variety of primate-related antics, and some initial interaction with baseball and baby girl Wei Wei, who will become his future manager.

There is no embedded video available so click here to view the teaser.  Mr. Go 3D will be released theatrically in Korea in July.
Tweet Post Submit