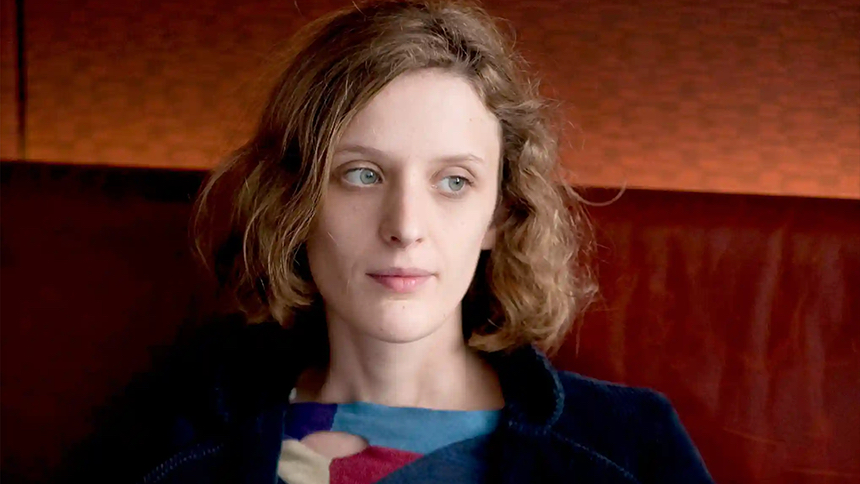 It's always a pleasure to talk to Mia Hansen-Løve, one of my favorite contemporary directors in French cinema.

Her astute observations of life and time passing always gets me. Her new film One Fine Morning, featuring mega movie star Léa Seydoux in an unrecognizable role as a single mother who juggles motherhood, aging parent and love, is a truly touching and moving film. The interview was conducted via Zoom in December. We talked about the film in detail, about Seydoux, her obsession and how filmmaking saved her life!

One Fine Morning opens Friday, January 27, 2023, in theaters in New York and Los Angeles, via Sony Pictures Classics. A national roll-out will follow.

Screen Anarchy: The title of the film ONE FINE MORNING (Un beau martin) is a simple one and it reminds me of Yasujiro Ozu. The theme of time passing and family relations are all familiar Ozu territory. Is it safe to assume Ozu’s influence in your films?

Mia Hansen-Løve: Thank you for comparing my films to Ozu’s. I am a big admirer of his films. Yes. I loved his minimalism and also how restrained his style is, the way he looks at life without adding documentary to it, how he presents it straight with proper distance, proper frame and proper rhythm. There’s a feeling of truth, you know.

I don’t pretend to say that I do the same way. I’m trying to find my own language, but I am sensitive to that kind of philosophy of filmmaking. His film Late Spring, for instance, haunted me a lot. There’s a lot of father-daughter relationships in Ozu’s films. It’s the subject I am very sensitive to.

I don’t know if I can say I ‘chose’ the title. One Fine Morning. It was some kind of illumination. During the writing process, the title just appeared to me. It was the same for my first feature, All is Forgiven. You don’t even know why, but there it is, and that is the title.

I like it because it was not an intellectual process. It’s there where it should be. The title has to impose itself and then you can intellectualize about it and find reasons to it, not the other way around. Those are the best titles.

Now I know what the title means: there’s the notion of the beginning, of clarity. Clarity is a word that matters to me a lot as a writer and a director but also as a person in my life. I enjoy that the notion of clarity in this title. But there is also a fairytale aspect of it. Do you know il était une fois, in German it’s Es war einmal…

And to me One Fine Morning is another kind of ‘Once Upon a Time’. There is something that has to do with storytelling and innocence. It’s like the lullabies in my films I use. I love lullabies in my films, and it connects with the childhood. Also, we hear them as adults too and there’s a connection with this title as well. It’s a poetic idea, of course.

Yes, new beginning. It’s a difficult story and a sad story but there is a pleasure of a story being told. There’s something cathartic about fairy tales. We love to be told stories. It’s all unconscious though. I am thinking about it now and analyzing it now. (laughs)

I think choosing that title has to do with the desire of not only dealing with harsh reality but also has to do with a romantic, cathartic way to hear stories and to tell stories.

Speaking of music and speaking of lullabies, I noticed Jan Johansson’s music in the beginning. Is there a story behind it?

Do you know Jan Johansson?

I’ve heard of him, but since I saw your film, I’ve been listening to him a lot.

I have to confess something I did here. Something that I'd never done and probably will never do again. I stole that track from one of the lesser known Bergman films--

The film that I love, it’s called The Touch. If you have seen the film, it would make sense. The two films have something in common in a way – an adulterous passion outside of a marriage.

It’s a Bergman film that has been haunting me when I was preparing the film. And that music was haunting me so much that I couldn’t think of any other melody for my film. The music was not composed for Bergman by the way, it existed before. And I am using it again.

Thinking about the role of Sandra. I wasn’t expecting Léa Seydoux in that role. Seydoux is a glamourous movie star and here she plays a single mom without any makeup. How did you get to choose here for the film?

Yes, she is glamourous and yes, she can be sophisticated in films and as a person too, but there is also a rawness about Léa. It’s not only that she plays with simplicity and rawness, but also there’s something almost masculine side of her. You feel she can be both, which is quite special, even without knowing her personally.

While working with her, it is quite apparent that her rawness is almost Bressonian. I find her presence very strong. On the one hand she has this star quality about her; on the other hand, she is extremely simple and plain in her acting, like an Ozu or Bresson actress – she doesn’t force anything, there’s no intention, and that’s all I care about when I deal with actors.

I still love working with unknown, non-actors and with children and teenagers, as well as working with Isabelle Huppert, Vicky Krieps or Nicole Garcia. Both cases, what I care about is innocence. That’s what I admire. And sometimes it’s challenging when I work with actors who has great deal of experiences. It’s challenging to have them get rid of all their habits and let them show themselves as who they really are, and not pretend, you know.

With Léa, it was incredibly easy. Easy for me, at least. It’s what I am looking for in actors. She preserved the quality of innocence in her acting. It’s so easy with her, it’s almost embarrassing for me. Even with all the films with all these directors, she still has that innocence about her.

Even more impressive is the emotions she brings on set. I mean, all the actors know how to cry on command, but it can be very mechanical without emotions. But when Léa cries in the scene, I cry. It never happened to me before. It’s hard to tell with her if she is acting or really living the scene. It is almost disturbing.

Even when it’s not in the script, in some moments, just reading the lines with Pascal (Greggory) who plays her father, she becomes very emotional. She becomes the character and they become virtually the same.

Pascal Greggory’s character, once an intellectual person who is losing himself due to Alzheimer's, was heartbreaking. I was thinking about the physicality of your being. That all you have left at the end is your books. Do you think about your mortality often and what you will leave behind? Is that what this movie is partly about?

I think of that all the time. (Laughs) That’s why I started making films when I was 18 years old. I was obsessed with passing of time and what we are going to leave behind, at the age when you are not supposed to think about those things.

I think that’s partly why I became a director. Some people would say naïve, but for me it was very efficient way of fighting against time and destruction it brings. The fact that life and death happen and time carries on and vanishes everything… I had that obsession ever since I was young.

That makes me say today that I was a very melancholic young woman. And that’s why I say sometimes that cinema saved my life. Because cinema brought me back to the present. It made me enjoy the moments. It made me feel more rooted, thanks to the intensity of making films, especially the actual production (shooting).

The intensity made me feel that I was alive and present in life, you know. Before I discovered making films, I always felt a little bit disconnected – the awareness of the passing of time took too much space in my head and it unbalanced my life. It all started there for me. I think it’s easier for me now but that obsession is still part of who I am. It influences my inspiration and my characters and art.

The father character who figuratively disappears which is inspired by my father. It is difficult to see my father disappear. But I want to and need to believe that there’s something remains.

You will not be forgotten. I can tell you that.

(Laughs) I was talking about my father…

More about One Fine Morning